Skip to Content
Home Entertainment Attention: Holy Week 2022 Is Back!

Holy Week is the week between Palm Sunday and Easter in the Christian church, and it is celebrated with great solemnity as a time of devotion to Jesus Christ’s Passion. It is known as the Great Week in Greek and Roman liturgical books because God performed great deeds during this week. In the fourth century, St. Athanasius, bishop of Alexandria, and St. Epiphanius of Constantia coined the term Holy Week. Only Good Friday and Holy Saturday were originally observed as holy days. Later, Wednesday was added as the day on which Judas plotted to betray Jesus, and by the early third century, the other days of the week had been added as well at Live Enhanced.

The Importance of Holy Week! 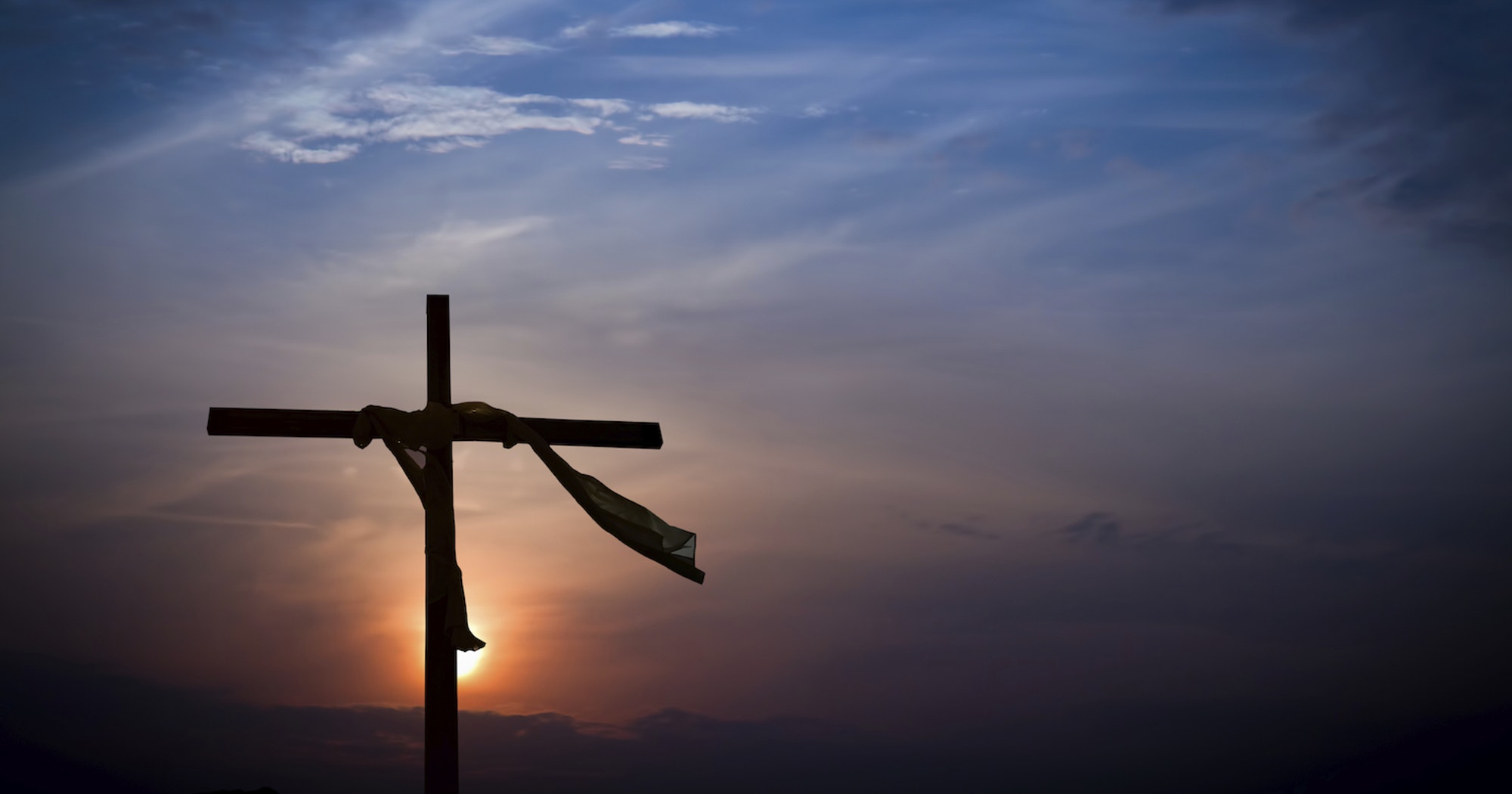 Holy Week is the holiest week of the Christian year. This week is important because it reminds Christians of God’s son’s sacrifice and his love for his people. The last week of Jesus’ life will teach Christians a lot about him.

The Christian calendar’s most significant celebration is Easter. It celebrates God’s resurrection of his son Jesus, as well as the elimination of the power of sin and death for all time. It reflects the opening of Heaven and the gift of eternal life to those who embrace it.

Holy Week Traditions Around The Globe

Have you ever thought about how others celebrate holly week! or how to celebrate holy week? Or what to do during holy week? We got you now you don’t have to do more searching. In the world, there are numerous religious and secular ways to celebrate Easter. However, Easter is a worldwide festival (you can learn about all the delicious food people eat around the world this time of year here), and Eastern rite churches that observe the Julian calendar will celebrate Easter Sunday, also known as Pascha. 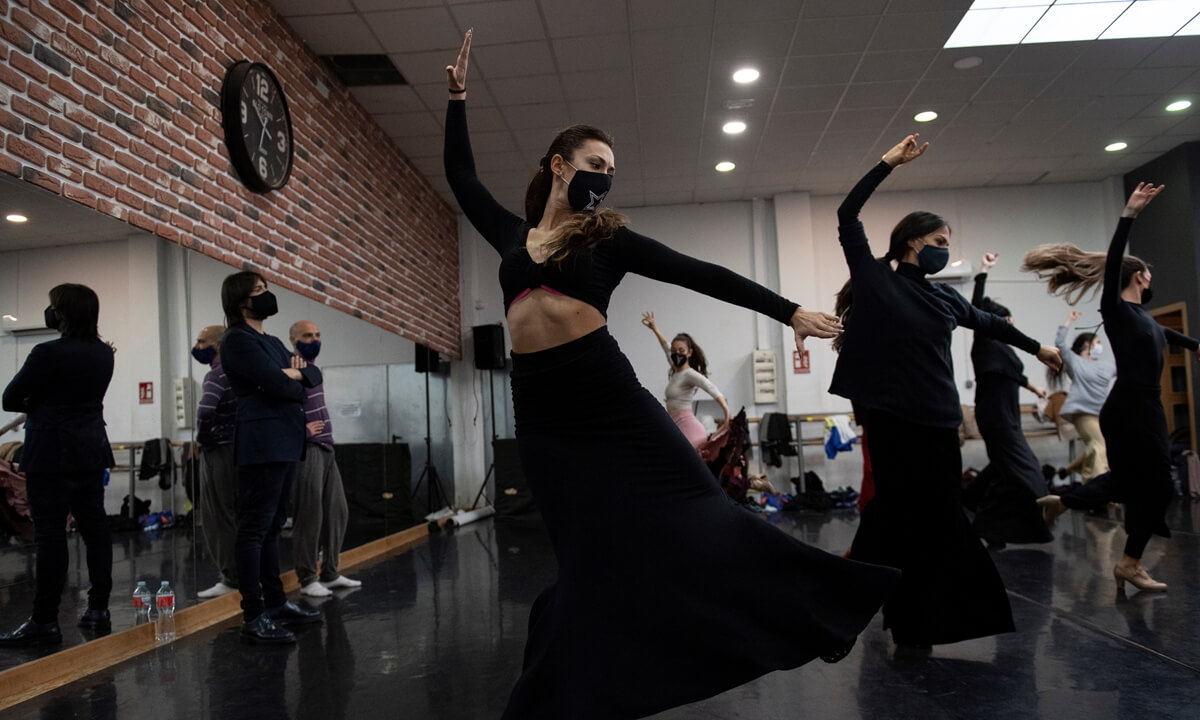 It’s not a scene from a Halloween parade, but it’s how some Spaniards mark the beginning of Holy Week.

The “Dance of Death” takes place on Maundy Thursday, the day Jesus shared his last supper with his fellow disciples. For what has become a must-see celebration, people dressed as skeletons march through the town of Verges.

Anyone visiting Poland during this time of year should follow this basic piece of advice: bring a raincoat!

Smigus-Dyngus, also known as lany poniedziaek (which translates to “Wet Monday”), is a Polish Easter Monday tradition in which participants throw huge quantities of water at each other. The pre-Christian origins of the custom, which dates back to the 14th century, are related to the March equinox. Like eggs, water is a sign of new life and rebirth.

Italy: Stations of the Cross by Pope 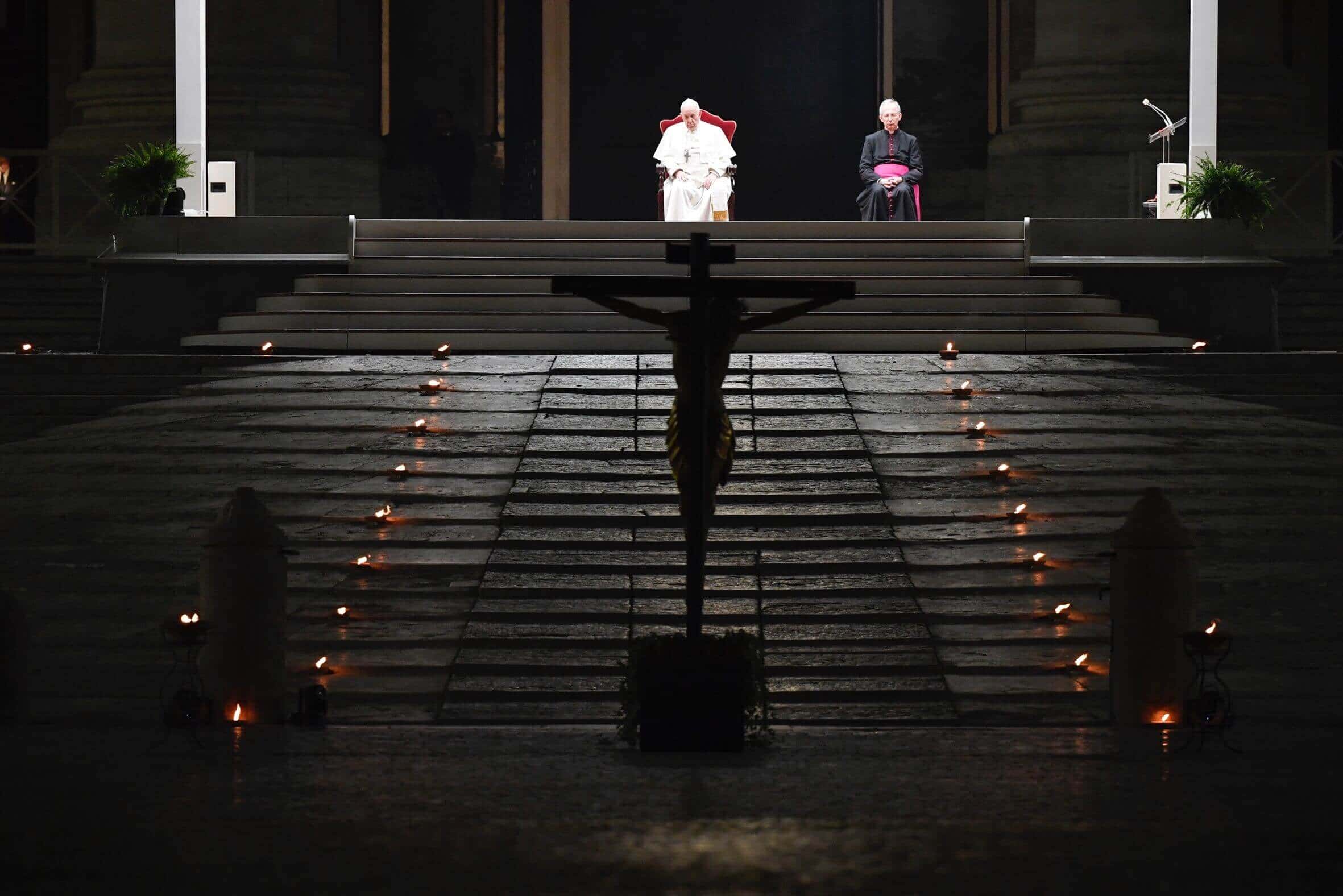 The Via Crucis (“Stations of the Cross”), which takes place in Rome on Good Friday, is the most important Easter occurrence in Italy.

The case, which includes the pope, takes place in the Roman Forum between the Colosseum and the Temple of Venus. Thousands of people flock to the Eternal City to witness the reenactment of Christ’s last moments.

During Lent, people in Brazil often make life-size effigies of Judas, the apostle who betrayed Jesus, out of straw. The largely Catholic country is best known for the annual carnival celebrations that mark the beginning of the Easter season. Other Latin American countries hold similar festivals.

During the festival, the Judas effigy is beaten — and sometimes even shot with fireworks — before being burned atop a large bonfire.

Bermudaans enjoy a traditional meal of codfish while flying kites of various shapes and sizes in what may be the most unusual Easter celebration in the world. While the majority of them have six or eight sides, tourists frequently join in on the fun.

What is the significance of flying kites on Good Friday? According to legend, a teacher was attempting to explain to his Sunday school students how Jesus rose from the dead. To better explain Jesus’ ascension to heaven, the teacher flew a kite that looked like Jesus. 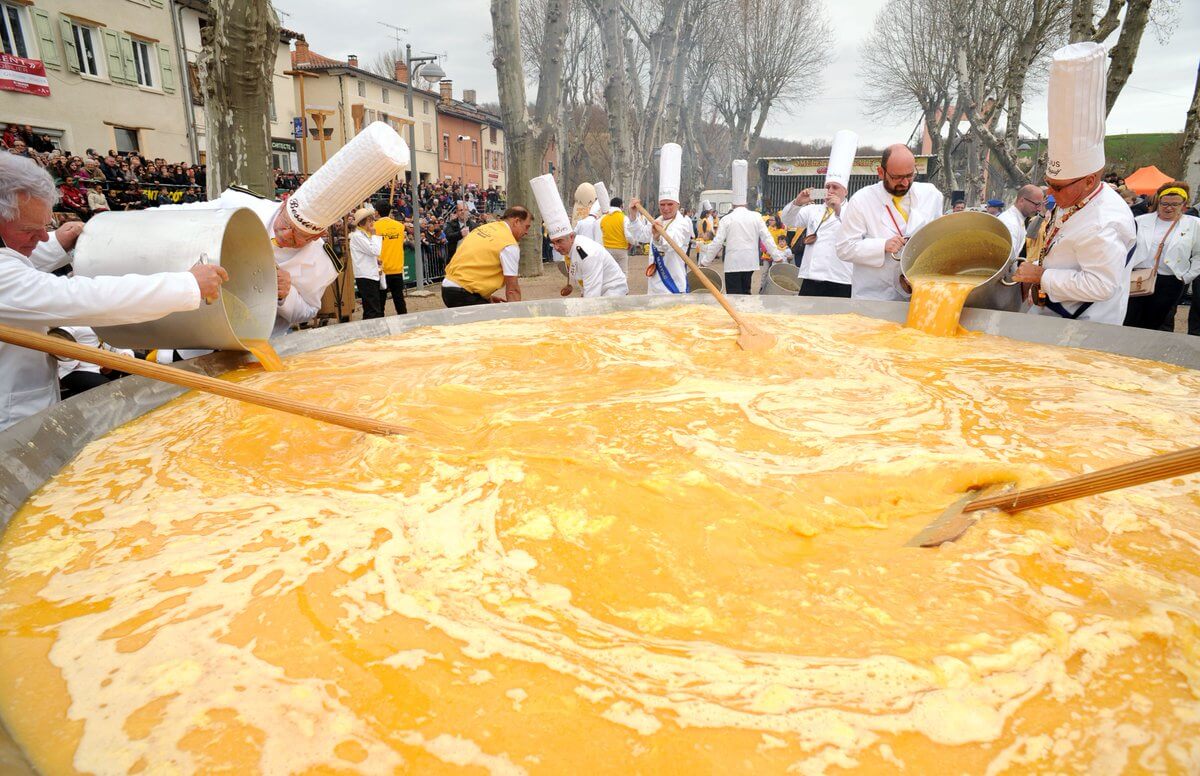 Making a massive omelette is one of the many ways to celebrate Holy Week in France. It comes as no surprise that food plays an important role in the Pascal celebration. Chocolate eggs abound in stores across France, but real ones play an important role as well.

On Monday, the day after Easter, 10,000 people gather in the southwestern town of Bessieres to make a massive omelette. This massive dish requires 15,000 eggs, a massive pan, and 40 cooks with long sticks. Napoleon Bonaparte and his army once spent the night near the town, which started the tradition. Following his enjoyment of the omelette, Napoleon directed that everyone in town prepare a massive omelette for his army.

Philippines: Realistic re-enactment of the crucifixion

Imitating Christ’s suffering takes on a gruesome tone when some believers have real nails hammered into their hands and feet. As part of this annual Good Friday tradition, some people drag heavy crosses and crawl on their hands and knees.

Although the Catholic church condemns the practise, many people choose to participate in order to show their devotion to Jesus. The events take place primarily in the Pampanga province of Central Luzon, but also in towns such as Cutud in Barangay San Pedro, near Manila.

All About Holy Week 2021 Schedule

The Holy Week is a period of time when Christians remember the last week of Jesus’ life.We celebrate Holy Week as the last week of Lent before Easter. Palm Sunday, Holy Thursday, Good Friday, and Holy Saturday are the four most important days of Holy Week. Observing our religion is the main priority during Holy Week. One of the ways we can walk with the Lord is to engage in the Path of the Cross, either in church or virtually. 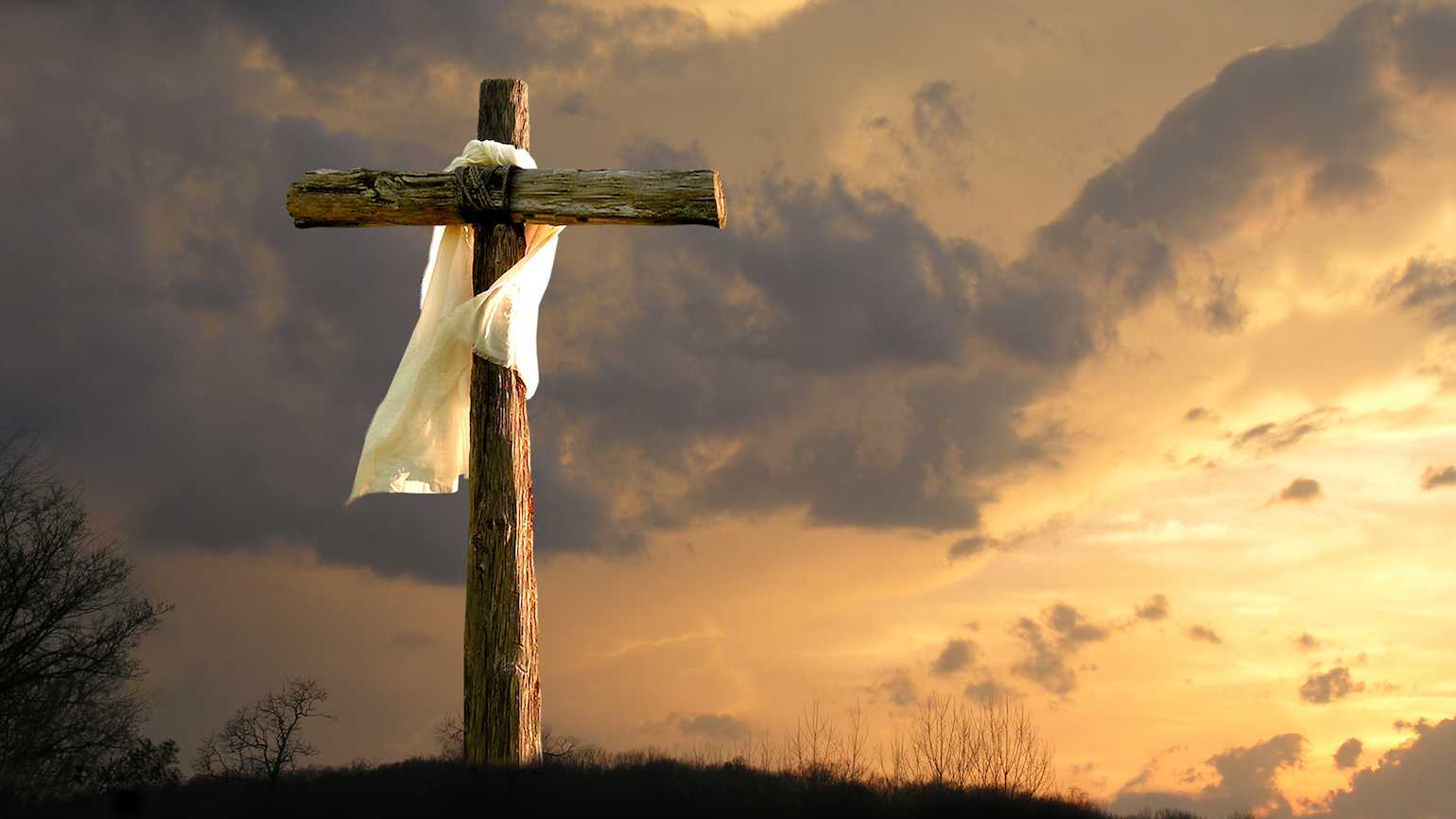 Palm Sunday is the Sunday before Easter. It is the first day of Holy Week, and it celebrates Jesus’ entrance into Jerusalem on a colt, also known as a donkey. People greeted him with palm branches thrown on the road.

As a reminder of Jesus’ entry into Jerusalem and death on the cross, Anglican and Roman Catholic churches distribute small palm-leaf crosses. As a sign of their religion, some Christians hold these in their homes all year.

Holy Monday, Holy Tuesday, and Holy Wednesday are the days between Palm Sunday and Maundy Thursday, respectively (Spy Wednesday). Though there are common observances held by certain denominations to celebrate some events from Jesus Christ’s final days.

The tale of Judas planning his deception of Jesus with the chief priests is remembered on Holy Wednesday; he was a traitor among Jesus’ disciples. As a result, the day is often referred to as “Spy Wednesday.”

Often known as “Maundy Thursday,” this day commemorates Jesus’ command to his disciples, which explains the significance of the Eucharistic Liturgy. After showing the value of servant leadership by washing his disciples’ feet, we discover that Jesus gathered with his friends and used unleavened bread and wine to explain the significance of his death and how he will continue to be with them – and us – after he returns to the Father. 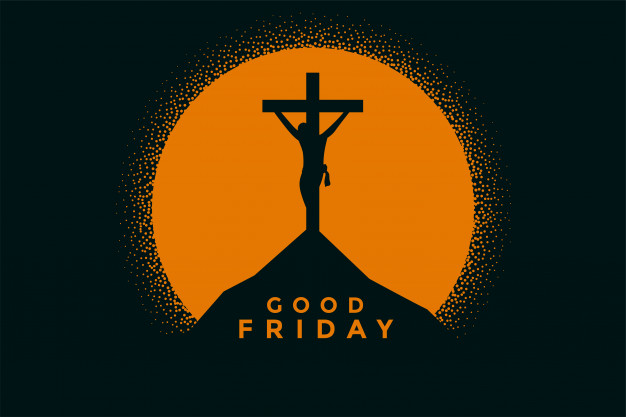 The crucifixion and death of Jesus Christ are celebrated on Good Friday. On the Friday before Easter Sunday, it is observed as part of the Paschal Triduum. On Good Friday, we observe the Paschal Fast in preparation for the Lord’s Resurrection. Prayer, fasting, and meat abstinence are popular ways to demonstrate this.

Holy Saturday is a day of prayer and fasting when we reflect on the Lord’s pain, death, and ascension to the afterlife. This may be a day to engage in the Church’s universal prayer by praying one or more sections of the Liturgy of the Hours.

The resurrection of Jesus is commemorated on Easter Sunday. According to the gospels, Jesus’ body was taken down from the cross and placed in a cave after he was crucified. The cave was guarded by Roman troops, and a massive stone was placed over the entrance to prevent the body from being stolen.

Three days after Jesus’ crucifixion, Mary Magdalene and some of Jesus’ disciples went to the tomb to discover that the stone had been lifted and that Jesus’ body had vanished. According to the Gospels, Mary Magdalene saw Jesus that day, and the disciples saw him for the next 40 days.

Christians believe that God raised Jesus from the dead as a sign that He acknowledged Jesus’ sacrifice for the forgiveness of sins, and that humanity is forgiven and will have eternal life in Heaven.