Skip to Content
Home Lifestyle Food How Does Coffee Work in the Body?

The daily cup of coffee is a matter of course for more than three quarters of all Germans over the age of 18. As a stimulant, ritual or just for enjoyment – coffee is drunk for many reasons. The most effective ingredient is caffeine, scientifically the most commonly consumed pharmacologically active substance worldwide.

Coffee is a particularly intensely researched food: hundreds of new scientific studies are published every year. They correct the often bad image that coffee has had for a long time – for example it is harmful to the heart or promotes cancer. This picture has turned. Epidemiological studies, in which the eating habits of hundreds of thousands of people were compared with the health situation, repeatedly point to a health-promoting effect of coffee – this also applies to decaffeinated coffee, by the way. 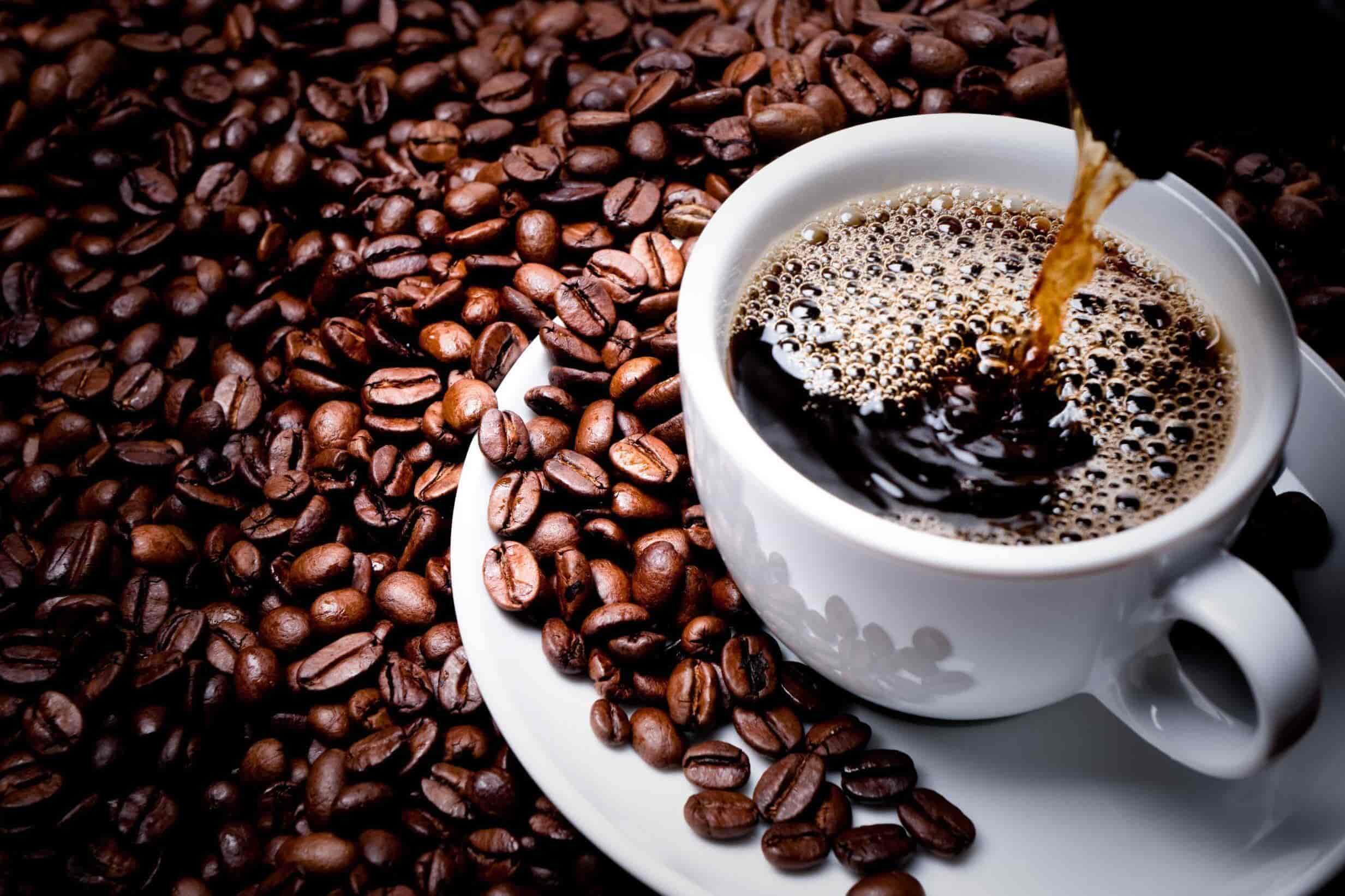 In fact, moderate and regular coffee consumption is in line with a healthy and balanced diet. Coffee and many of its ingredients have high antioxidant activity. Antioxidants have a reputation for preventing or delaying destructive processes in our cells, as they make a significant contribution to protecting against free radicals. The realization that not only certain vegetables and fruits or dark chocolate have such a protective effect, but also coffee, has only recently become more and more popular.

The taste of coffee unfolds through the taste buds on the tongue. The acids contained in the drink, the bitter substances and the more than 800 natural aromas are responsible for the typical taste. The aromas are actually not perceived in the mouth, but in the nose, where they rise through the back of the throat. 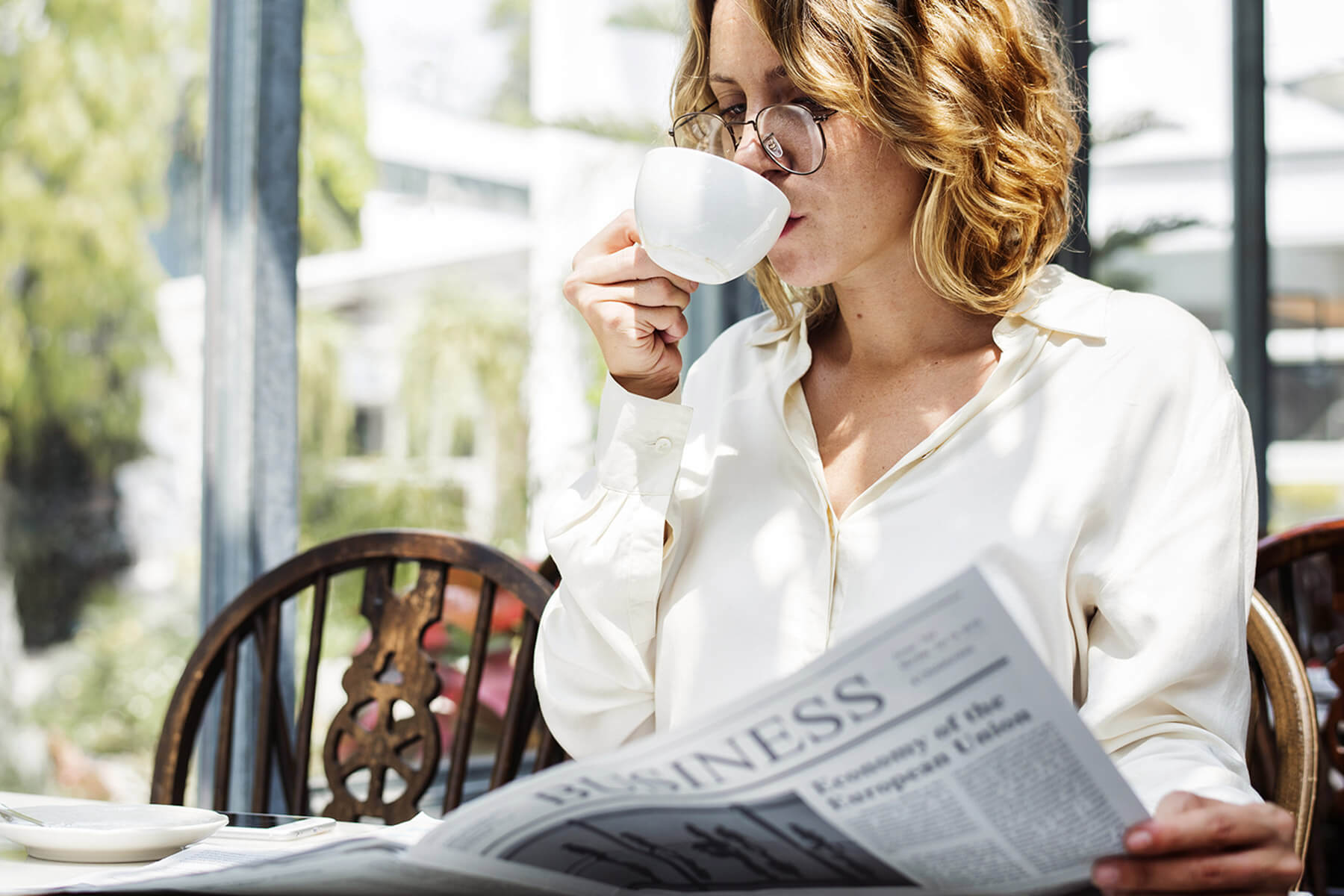 Within 30 minutes of drinking coffee, the caffeine is absorbed through the stomach and small intestine and then distributed throughout the body. By the way: A coffee or an espresso after dinner does not help to empty the stomach, but accelerates the digestive processes that follow. Sensitive people can react to coffee with an excessive release of hydrochloric acid in the stomach, they do not “tolerate” it so well and often or completely have to do without it.

In contrast to caffeine, many of the other ingredients in coffee first appear as metabolic products in the blood and are further distributed in the body with the bloodstream. Caffeine has a very high bioavailability: the maximum blood concentration is reached after about 30 minutes.

Caffeine crosses the blood-brain barrier almost unhindered, reaches the brain quickly and has an effect on the central nervous system – with noticeable consequences: the structure of caffeine is very similar to the body’s own messenger substance adenosine. The substance is responsible for signaling tiredness to the body. It influences the release and effect of invigorating substances such as dopamine or noradrenaline by occupying certain receptors and activating them. Caffeine acts as an antagonist (counterpart) to adenosine: it nullifies its effect because it occupies the adenosine receptors but does not activate them. So the nerve tracts do not get a signal to throttle and continue to work. 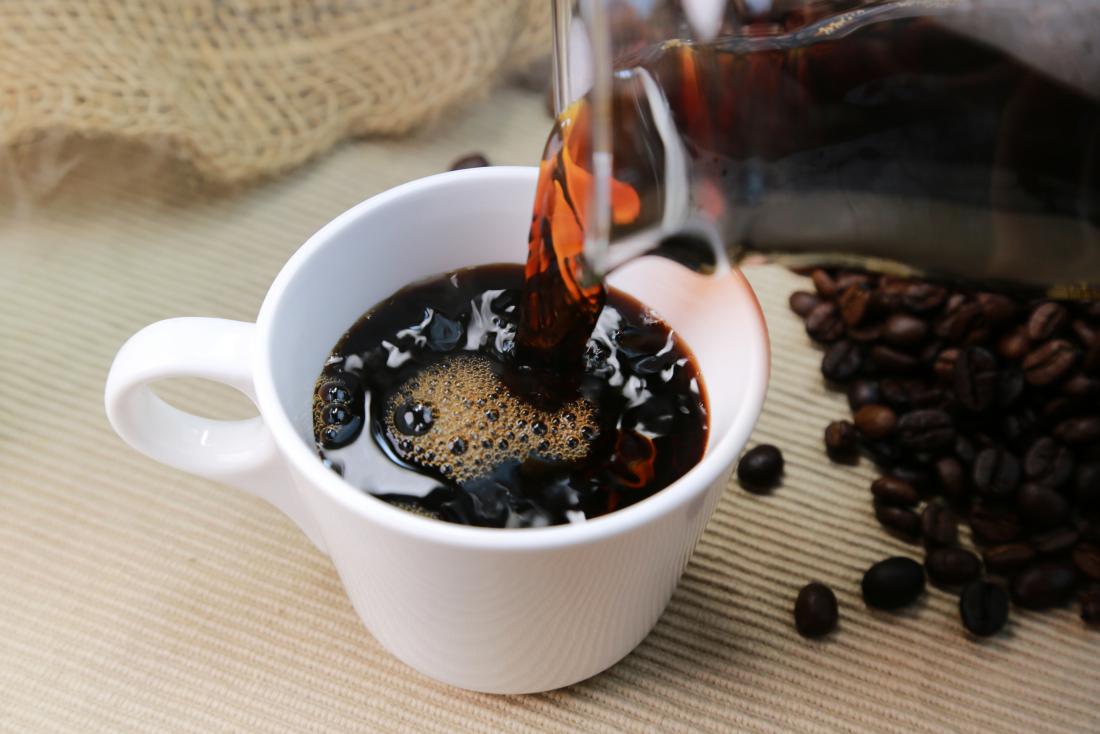 There are not always identical results for this because it is difficult to carry out tests that can exclude all other influences. However, caffeine apparently improves reaction time and mental performance in tired people.

Caffeine is considered a mild pain reliever and is used as a supportive analgesic in some medications. It slightly constricts blood vessels locally in the brain, which can relieve headaches or migraines.

Caffeine delays falling asleep and reduces the duration of sleep because it acts on various neurotransmitters. But this effect on sleep varies greatly from person to person. On the one hand, habituation plays a role: people who are used to coffee develop a certain tolerance to caffeine and react less strongly than casual coffee drinkers. On the other hand, genetic differences have an impact on sleep after caffeine consumption: People with a variant of the adenosine receptor are more sensitive and sleep worse. The enzyme system of the liver, in which caffeine is broken down, also works at different speeds for genetic reasons. Those who break down caffeine faster sleep better after coffee than someone who breaks down more slowly. 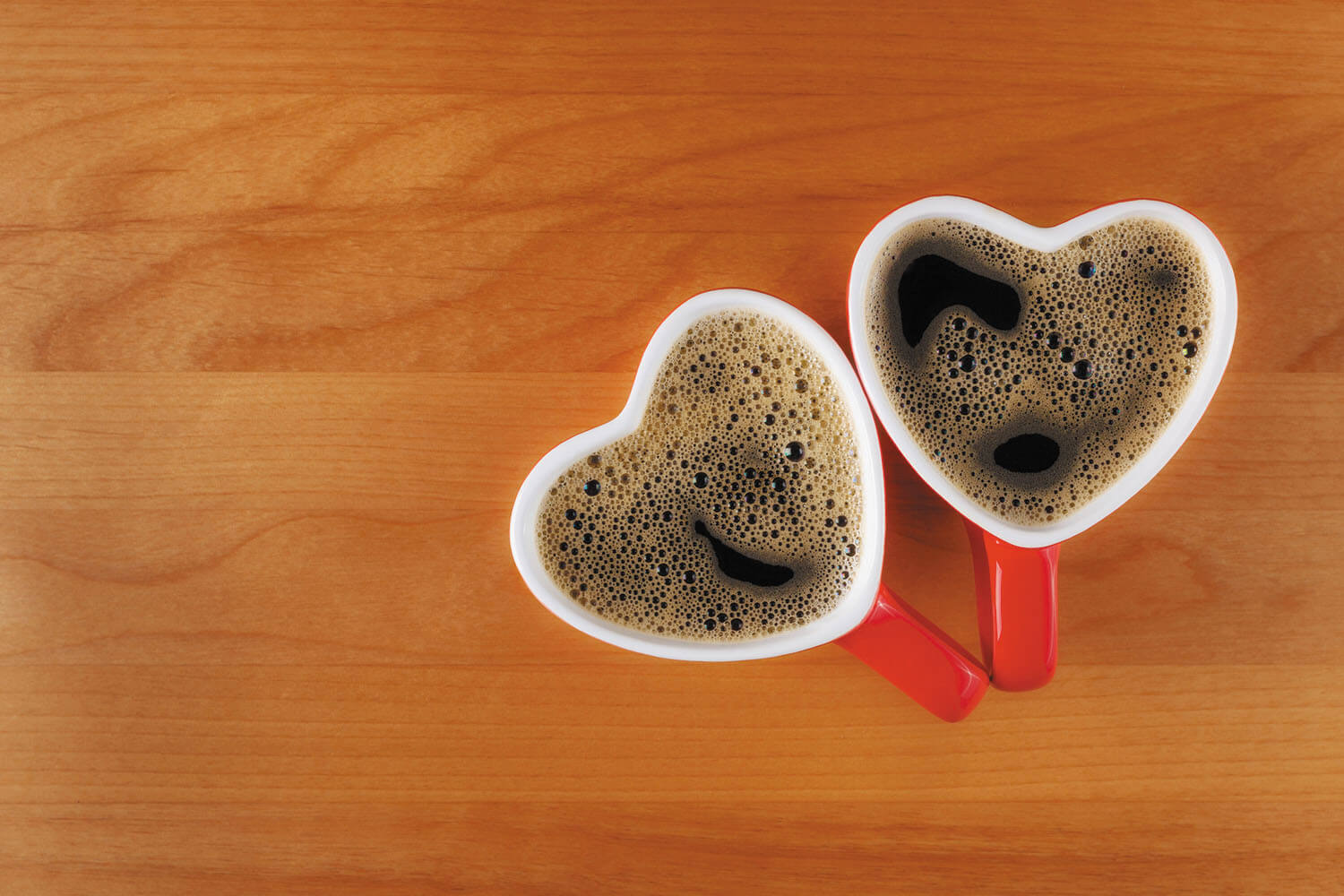 Coffee beans contain the lipid substances kahweol and cafestol. These substances, in particular cafestol, can increase the cholesterol levels in the blood, although studies do not assume an increased health risk as a result. The proportion of the two substances in the finished drink depends on how it is prepared: They get stuck in the paper filter and in coffee pods, which is why coffee prepared in this way has little effect on the cholesterol level. In coffee that is brewed without a paper filter, on the other hand, there are kahweol and cafestol and thus also the cholesterol-increasing factor.

Caffeine stimulates the release of the stress hormones cortisol and adrenaline. As a result, the heart beats faster, the pulse rises, and the blood vessels expand. However, this effect is not alarming: the majority of the more recent studies speak out against a connection between cardiovascular diseases and coffee consumption.

The blood pressure increases slightly and briefly (maximum three hours) and especially in people who are not used to coffee. A long-term effect that could promote the lifestyle disease high blood pressure is largely ruled out. 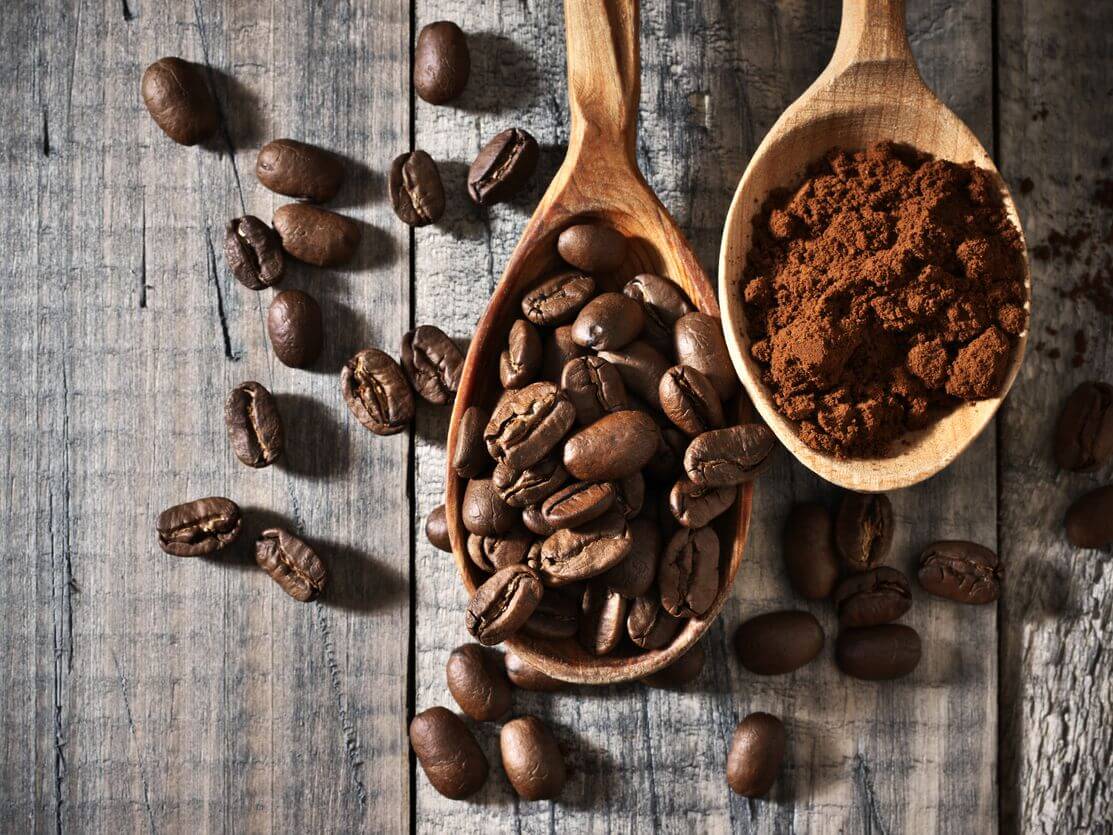 Body temperature can rise for a short time because caffeine stimulates facultative thermogenesis, which are heat-producing processes in the cells. It is repeatedly reported that caffeine also stimulates lipolysis. In this process, fat is broken down and its components are used for energy supply. So the body would use up calories. But so far there have not been any convincing studies that show that you can lose weight sustainably with coffee.

The effect of caffeine on athletic performance has been studied countless times – with varying results. It is probably the case that caffeine can support athletic performance under certain conditions. Incidentally, it has not been on the doping list of the Olympic Committee since 2004. Another ingredient in coffee, niacin, is said to have a muscle-activating effect. It passes into the blood almost as quickly as caffeine and is used for cell respiration.

Caffeine also has a vasodilating effect on the bronchial system of the lungs: the muscles of the bronchi relax and breathing is made easier. Caffeine and related substances are often given as a therapeutic agent to aid breathing in premature babies.

The kidneys are stimulated for a short time because caffeine increases the filter function of the kidneys, so that more urine is produced. However, this effect quickly subsides again. Coffee does not remove any liquid from the body, as has long been assumed (see “The coffee kick”). 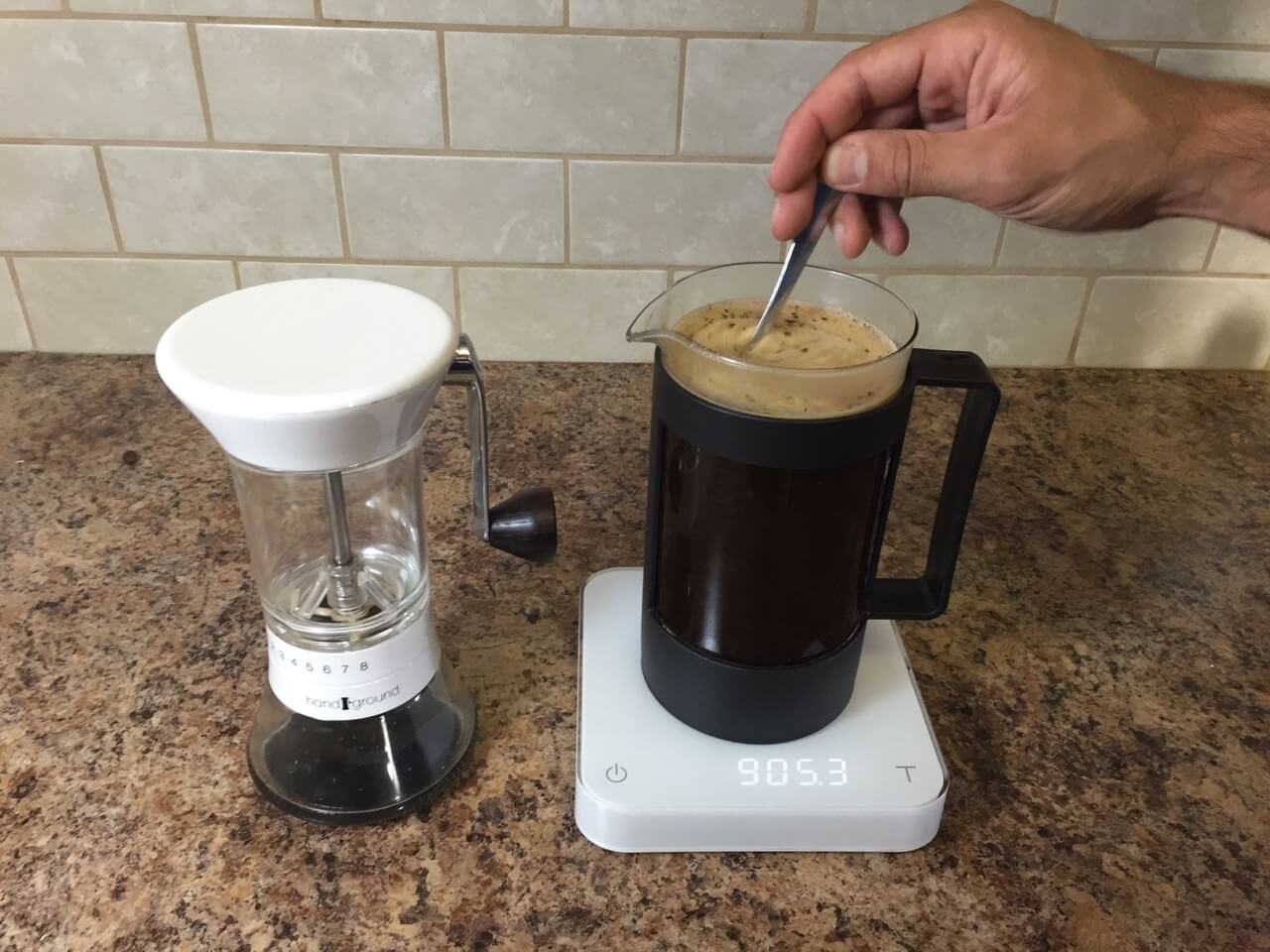 Peristalsis, i.e. the movements of the intestine, is stimulated by caffeine, acids, tannins and bitter substances in coffee. The secretion of bile is also stimulated. Both promote the digestive process. It is also believed that the melanoidins – the complex high-molecular substances that give coffee its color – develop their positive effects in the intestine and contribute to intestinal health.

Not only the coffee antioxidants, but also the two lipids kahweol and cafestol apparently have a protective effect, especially in liver cells, which should affect the entire organism, because the liver is ultimately the central detoxification organ. The half-life of caffeine in healthy adults is around 2.5 to 5 hours. Incidentally, uric acid is not one of the intermediate or end products of the metabolism of caffeine, which is why neither coffee nor caffeine are problematic in relation to gout.