Skip to Content
Home Architecture How Is The Las Vegas Miracle Mile Kept Cool In The Summer?

If you’ve ever been to Las Vegas, you probably know just how extreme and extravagant the architecture is. Visitors are captivated by high-definition displays that stream stunning graphics down dozens of stories on skyscrapers. Hotel guests often stand awestruck at the elaborate entries and room furnishings when they arrive, and the casinos on the strip serve up shows fit for royalty.

One of the most incredible architectural achievements to date there is the Miracle Mile Shops mall. Walking through the 1.2 mile expansive stretch of indoor space leaves many wondering how it’s possible to keep such a massive structure cool in 100+ degree heat. Let’s dig into how engineers and builders tackled this monumental cooling conundrum in the desert.

What Are The Miracle Mile Shops In Las Vegas? 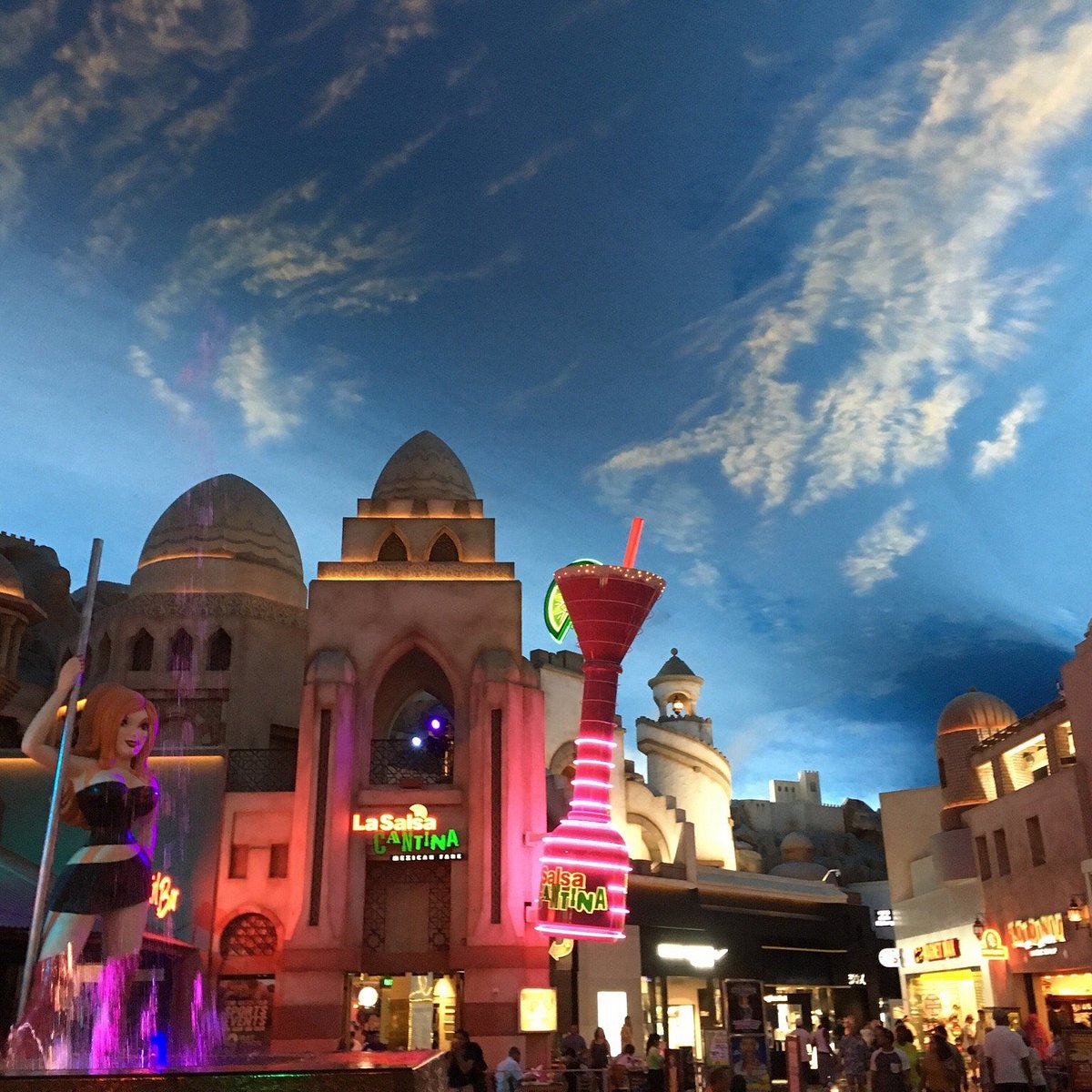 The Miracle Mile Shops in Las Vegas is a continuous indoor chain of high-end shops, restaurants, bars, and purveyors of all things dazzling. You can also find multiple live entertainment venues that feature music, comedy, and theater acts. There’s even a free daily “rainstorm” attraction with thunder, lighting, fog, and rain, which is currently undergoing improvements and will be ready to put on a new and improved display in the spring of 2023. The newest owner is currently renovating the property with updated technology including improved lighting and sound systems, as well as a massive new high-def display on the exterior.

There are also two hotels that connect to the Miracle Mile Shops. One hotel is Planet Hollywood, part of the Caesars Entertainment group businesses. The other is the Elara, part of the Hilton Hotels group. Between the two hotels, nearly 4,000 guest rooms and suites are available, with four floors of penthouse suites in the Elara. If you’re looking to experience the strip on foot, this place literally has it all!

When Was The Miracle Mile Built?

The indoor mall was constructed in 2000 as part of the Aladdin Hotel, and covers an area of 475,000 square feet. The mall first opened under the name Desert Passage, and after being sold to new investors who rebranded the hotel as Planet Hollywood, the name was changed to the Miracle Mile Shops in 2007. The mall was sold to another investment group in 2016 for a reported $1.1 billion. Now, the current developer is updating the property, with a projected completion in 2023.

What Type Of Air Conditioners Does The Miracle Mile Use? 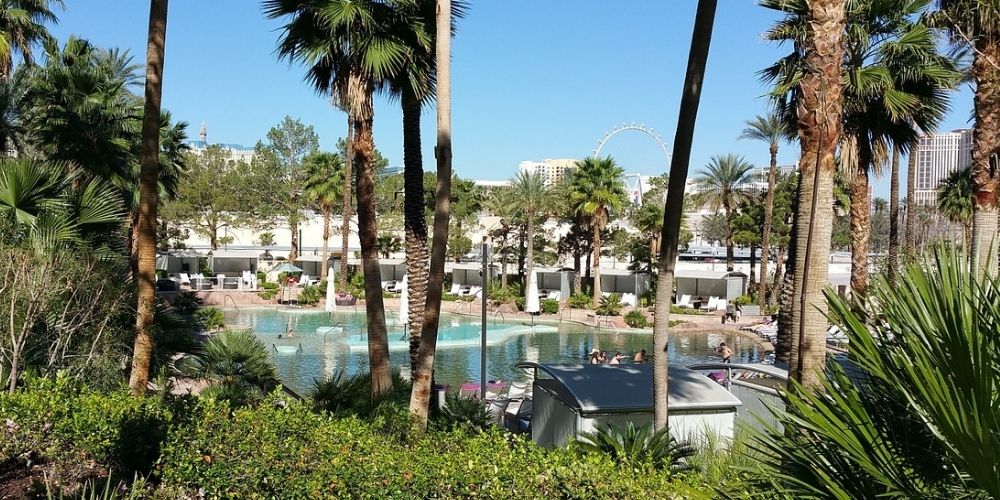 The data on the precise configuration of the air conditioning system in The Miracle Mile isn’t readily available, but based on industry standards, we can surmise a fairly accurate assumption about the configuration. The Miracle Mile Shops is structurally similar to other large shopping malls—there’s simply more space to keep cool.

Typically, larger shopping malls use central plant HVAC systems to deliver heating and cooling functions to the numerous shops and stores in the building. It makes sense to use this type of system in an extremely hot environment, as it delivers greater efficiency.

Looking at satellite images, we can see that there are indeed central systems being used, albeit plentiful in numbers due to the massive space involved. We can also see that some of the larger tenants in the mall have their own dedicated central systems as well.

How Are Larger Stores In The Mall Cooled?

Sometimes, tenant stores demand their own HVAC systems because of the square footage and other demands like compensating for numerous people being in the space. In these cases, the developer usually requires the design to match that of the mall system, but on a smaller scale.

How Are The Smaller Stores Kept Cool?

Most often, the mall’s central system distributes chilled air to the individual tenant stores, along with some of the common areas of the building. To accomplish even cooling, variable volume controls are utilized to distribute chilled air to the spaces that need it most.

How Are The Hotel Rooms Air Conditioned? 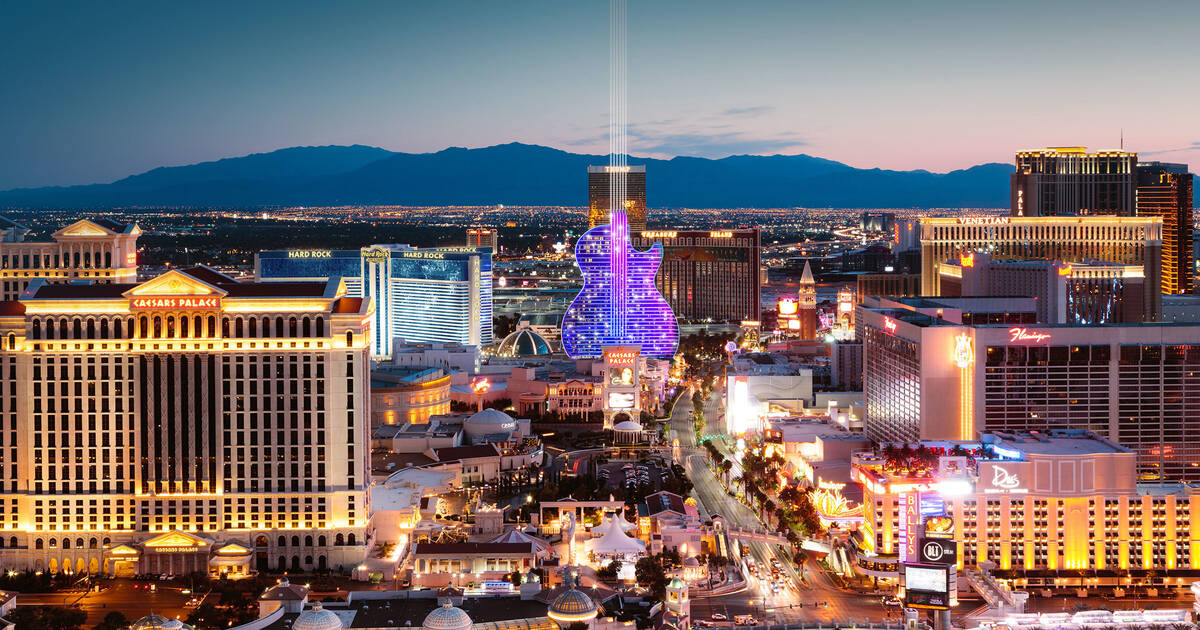 What Are The Advantages Of A Central System?

Especially in a place like Las Vegas, where the temperatures can climb above 110º F, central systems can offer improved efficiency and operational costs overall. Rather than having to service multiple air conditioning units for every single shop, restaurant, and bar, developers can reduce their maintenance loads by utilizing central air conditioning systems that serve many tenants at once.

Another key factor that goes beyond cooling the air is controlling smoke in the case of a fire. Many building codes require smoke management systems, which are far more effective in shopping malls when centralized air systems are implemented.

How Much Does It Cost To Cool The Miracle Mile Shops? 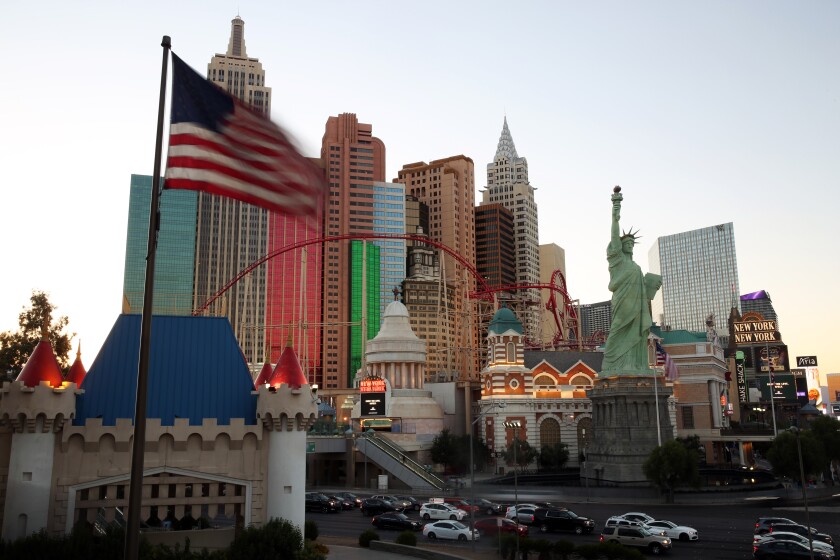 All of this begs the question—what kind of electric bill can you expect when air conditioning a place like the Miracle Mile Shops? Well, on average, 3 kWh per square foot is consumed by cooling a commercial space. So, with an average cost of $0.13 per kWh in Las Vegas, that brings the daily cost of cooling to around $6,500 if cooling is needed 24 hours per day.

Of course, these are rough numbers that don’t account for volume discounts and fluctuating temperatures, but it gives you a sense of just how much energy is required to cool a space this gigantic. Leveraging the most efficient air conditioner, therefore, can deliver six-figure savings in little time for a mall that’s the size of the Miracle Mile Shops.

We hope you’ve enjoyed learning what it takes to keep a mile-long building cool in the heat of the desert. The next time you’re in Las Vegas, remember what a miracle of engineering it is to enjoy comfortable temperatures in such a hellishly hot (but fun) locale!