Of course, no one would think of first painting the exterior of a house and then applying insulation. But that’s just an extreme example. If you renovate a house, the right order is important. If you make a mistake, there may be delays. Or, and this is often even worse, the renovation becomes more expensive than necessary. Also you can find at Live Enhanced for home remodeling in Houston. 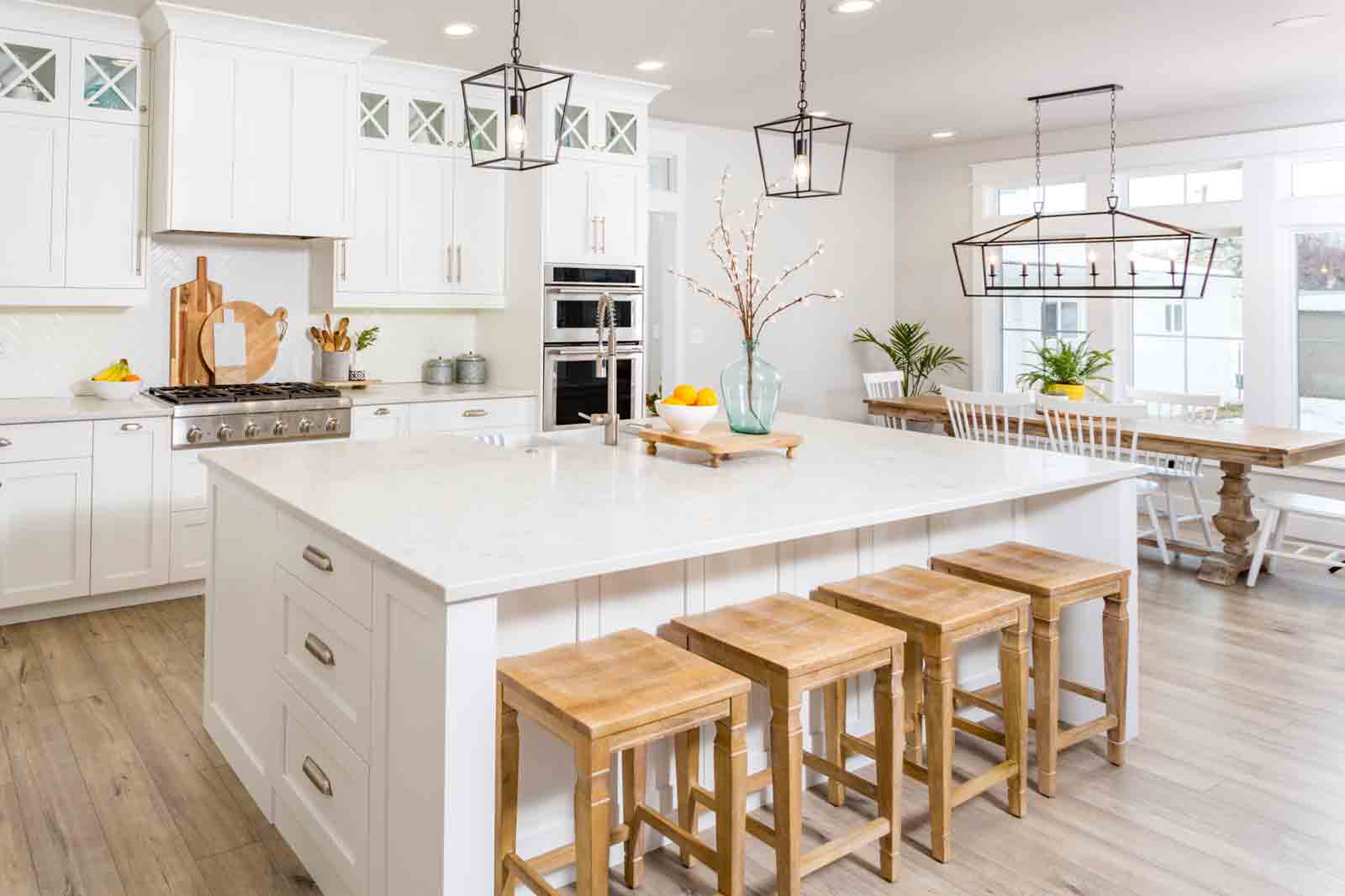 Even if there is an overview here of the order in which a house should be renovated, this does not replace planning that is tailored to both the builder and the property. Because not all steps are necessary in every case. It can also be an individual feature to initially leave out individual parts of the building, such as an attached garage.

Dismantle and rip out

At this point, many do-it-yourselves are too timid. First, a piece of wood panelling is torn out, then part of the electrical wiring, while the tiles are left on the wall for the time being. That’s not effective. It is best to dismantle everything that has to come out anyway right at the beginning. This also simplifies disposal. It takes an infinite amount of time to bring trunks of building rubble to the recycling center – you order a container and everything is gone in one fell swoop.

No rule without exception, of course, because some old things are still useful. If you want to refurbish an old floorboard, you leave the PVC floor over it for as long as other work is taking place in the room – that’s the floorboards. And in the cold season, it can also make sense to leave old windows in place for a while. That needs to be carefully considered. 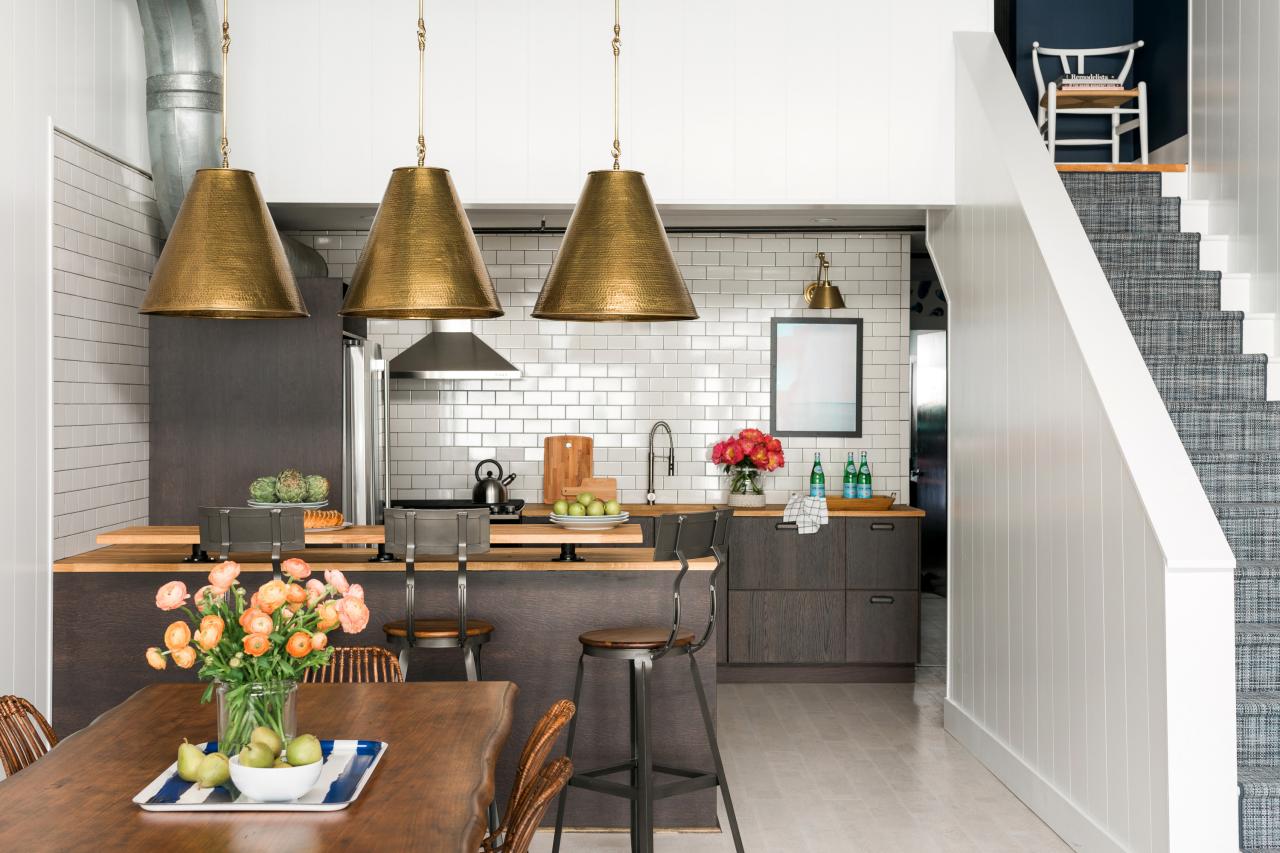 Anyone who builds a house begins with the shell, and this also applies to the renovation. If new windows or doors are broken into the wall, this is the first step in the renovation. Partition walls are now being set up, new ceiling openings are being made, and the like. New ceilings are also being built and, if necessary, new screed floors are being poured. At best, if underfloor heating is to be installed, you have to wait with the screed. It is also important to note that the screed has to dry for six weeks.

Related Post  Do’s And Don’ts Of Living On Rent

Strictly speaking, a new roof covering is still part of the shell. The rafters may also need to be replaced or dormers added, depending on the condition of the wood and the builder’s intentions. In most cases, the roof work can be carried out in parallel to the other structural work. Dry construction work or the installation of building services can often be started while the roof is still being worked on. This mainly depends on the local conditions. Insulation of the roof, whether above the rafters or between the rafters, must be installed before the electrical installations are made since the lines are laid between the insulation and the planking. You also have to pay attention to the correct connection of the insulated roof to the external insulation of the walls. The bottom end of the roof box with horizontally mounted boards can therefore not be made at this point.

Drywall – but only partially 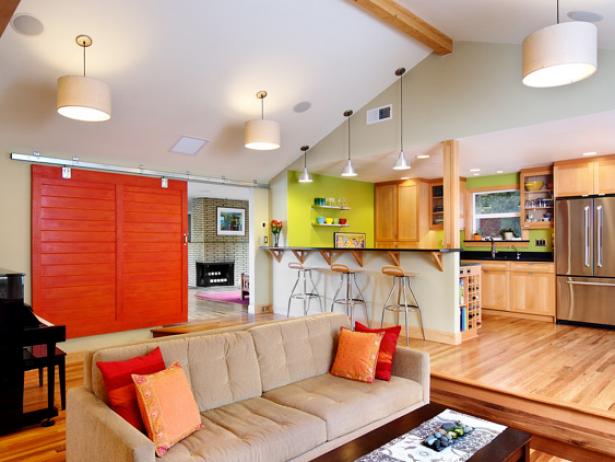 For the sake of simplicity, new partition walls are often installed using the dry construction method, ie in the form of plasterboard constructions. This also applies to the planking of sloping roofs. Now is not the time for some drywall work. All drywall walls must be built, inside which any lines are to run. Otherwise, these lines cannot be laid. That’s why drywall is now being put in place, with the plasterboard walls being left out on one side so that the building services can be installed.

Now let’s start with the housekeeping. The sewage pipes always start. They always need a certain gradient – no other lines should get in the way. The water pipes follow immediately afterward – regardless of whether the hot water is generated in the central heating system or with flow heaters.

In any case, this work is done entirely by the gas, water, and heating installer, who of course pays attention to the correct order. As a rule, he also lays the heating pipes. He now does all the preparatory work if the wall or floor heating is to be installed. The overall complex also includes the installation of pre-wall installations in the bathrooms, which serve to attach the sanitary elements. 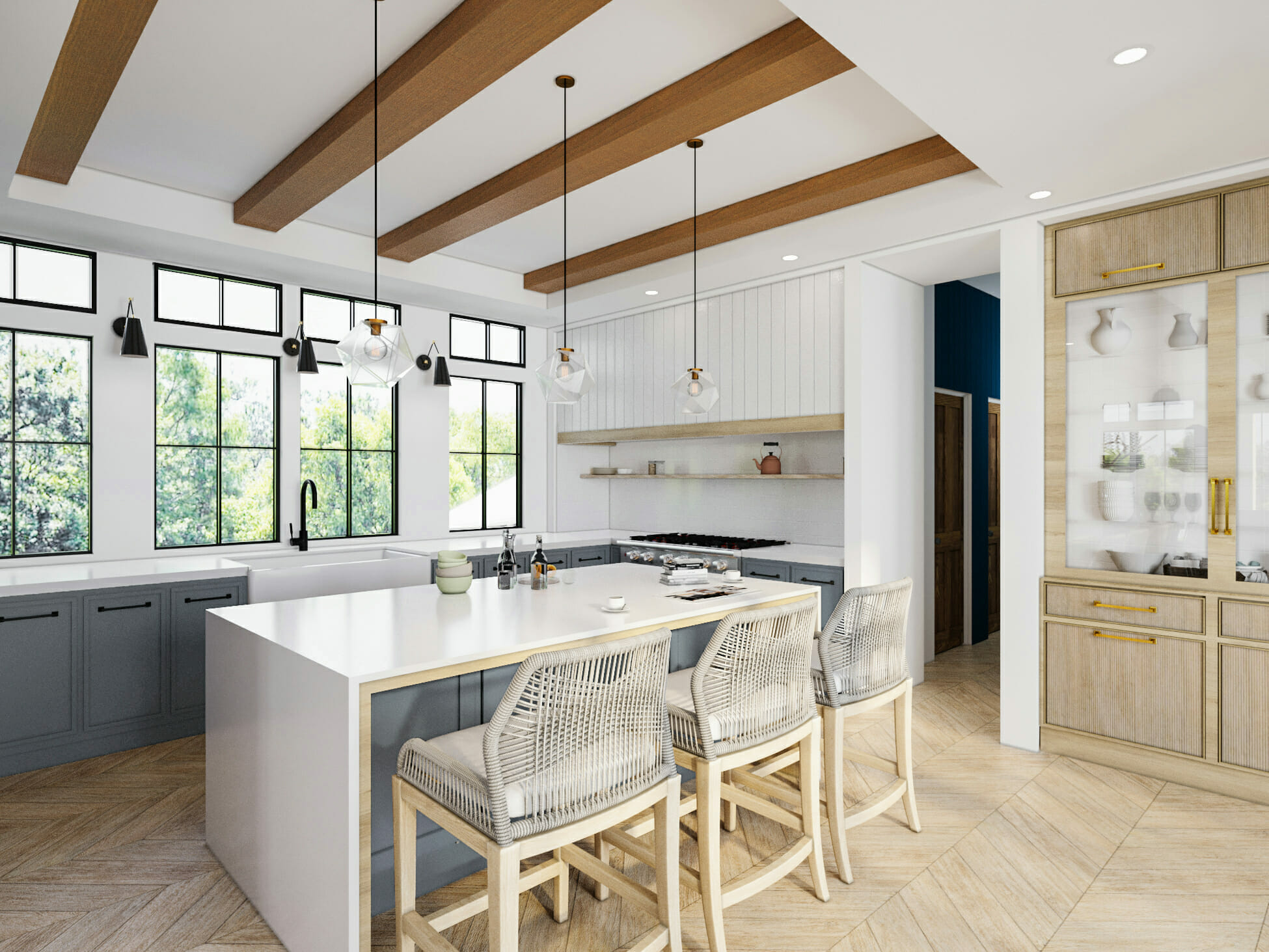 Why do the water pipes come first, then the electrics? Because electricity doesn’t really care if it has to travel a few more curves when the lines have to be routed around water and heating pipes. This also means no significant additional costs, while every pipe bend also has a financial impact. Incidentally, electrical installations are more than light switches and sockets. Door openers, electric roller shutter drives, network cables for the Internet and television, and much more must also be considered. However, now only the sockets are set for switches, sockets, and the like, the components themselves come after plastering or even after wallpapering or painting.

If all lines and pipes are in place, all drywall can be completed. This also includes the cladding of sloping ceilings and the like. 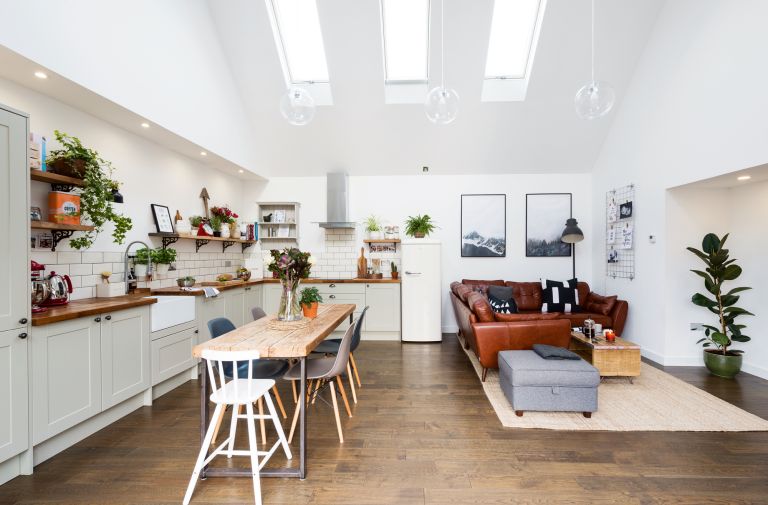 In order to speed up a renovation project overall, it is advisable to work on several trades at the same time if possible. The exterior insulation, which runs independently of a lot of work on the inside, is predestined for this. It can be tackled as soon as the shell construction work is complete. The exterior painting – if necessary the exterior cladding – is then no longer so urgent in terms of construction technology, but because of the costs for the scaffolding, it should still be carried out immediately after the insulation.

New windows are best installed after the exterior insulation has been completed. Because they are often in the insulation level that it is not possible before. Now is the right time for external doors, too, but not yet for internal doors.

The interior plaster comes after the windows so that the connections are neat. There is usually a base coat and a top coat, and it is not a problem if there is a break between the two coats. Once the plaster is on, nothing works on the walls anymore, the material has to dry out first. In rooms where tiles are to be laid, it is essential that the tiles come first and then the plaster. Then it’s easier to get neat transitions. Also, find here a home renovation addition in Houston. 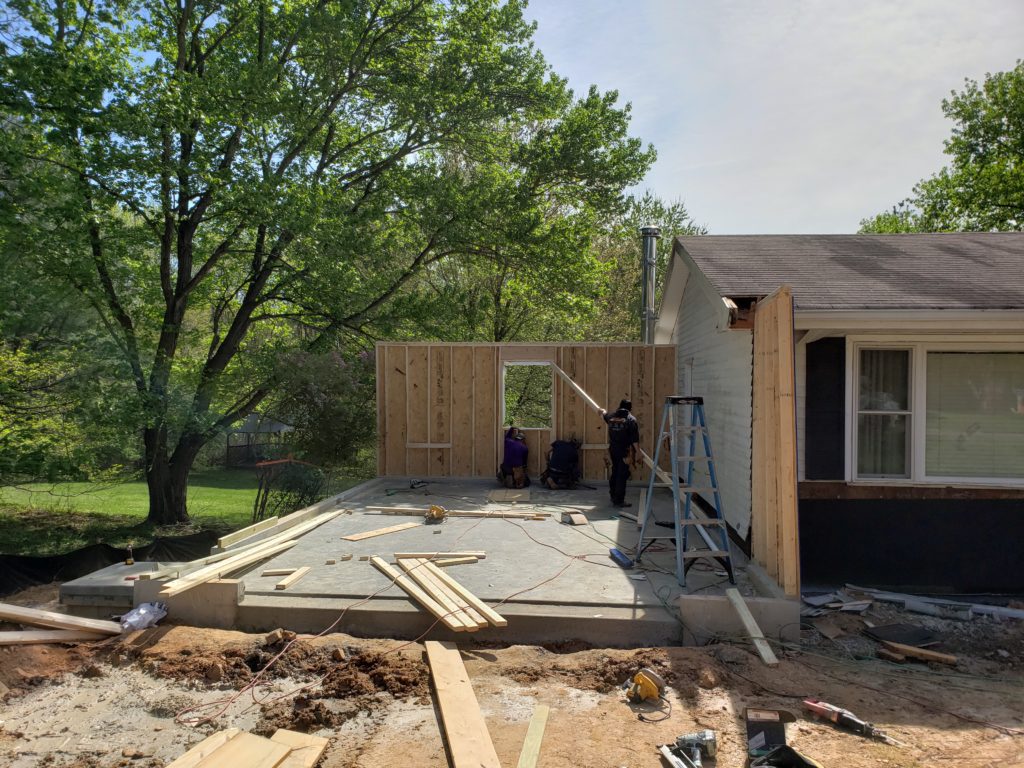 If you can’t do anything on the walls because the plaster is drying, now is the right time for the floors. Anyone who waits until the walls are painted does not need to protect the new floors from paint stains with tarpaulins and the like. But he might lose time because he can’t start painting yet. It may also be a good idea to decide this differently from room to room. Now is also the right time to install wooden stairs and similar parts. The interior doors are installed after the floors.

Walls are usually either painted directly or wallpapered. However, both are only possible when the plaster has dried out properly. How long you have to wait depends on the thickness of the plaster – precise information can be found on the buckets or sacks in which the plaster is supplied. After painting or wallpapering, the baseboards are installed. In addition, sockets and switches are now being installed.

Finally, the sanitary elements are installed in the bathrooms. However, it often happens that they are already brought in during the construction work – then there is no way around a temporary installation.