Maybe you’ve been watching all the hype on hardtail mountain bikes, or perhaps you’ve got friends who are into riding. But you really don’t know the first thing about where to get started. Well, a hardtail bike is one of the most versatile. They’re designed to handle the great outdoors and are perfect for any level of rider. 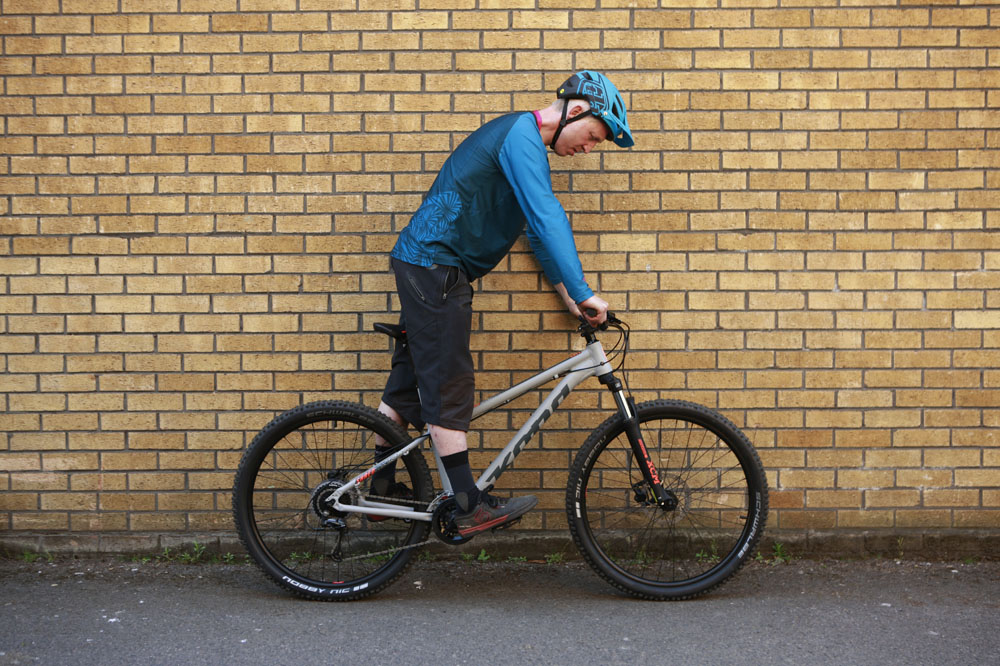 Hardtail bikes have been around since the late seventies. But it wasn’t until the nineties that it became the kind of bike suitable for everyone. Back then, they were primarily for those doing serious riding, like competitions or races.

In the 1990s, however, the front suspension fork was introduced, and mountain biking blew up, growing into what we know as the popular sport and recreational activity it is today. This was when the hardtail mountain bike as we know it today came to be.

Hardtail Bikes Who Should Ride

One thing that has made hardtails so popular is that they are perfect for any level of rider. They’re a great place to start if you’re just getting into mountain biking, but they’re also fantastic for those who are avid or advanced riders.

Hardtail bikes are also great for kids all the way to adults. Starting a first time youth mountain biker on a hardtail bike can be the best way to introduce them. Hardtail bikes don’t cushion every bump in the road and can help a young rider learn how to better navigate the natural trails.

Often professionals recommend that kids and adult beginners start on a hardtail bike first. That’s in part because the bike is designed to help them make more active decisions on their riding. They must be aware of their body and cautious with their balance because there isn’t a full suspension to help them rebound.

What Kind of Terrain Are Hardtail Bikes Best For? 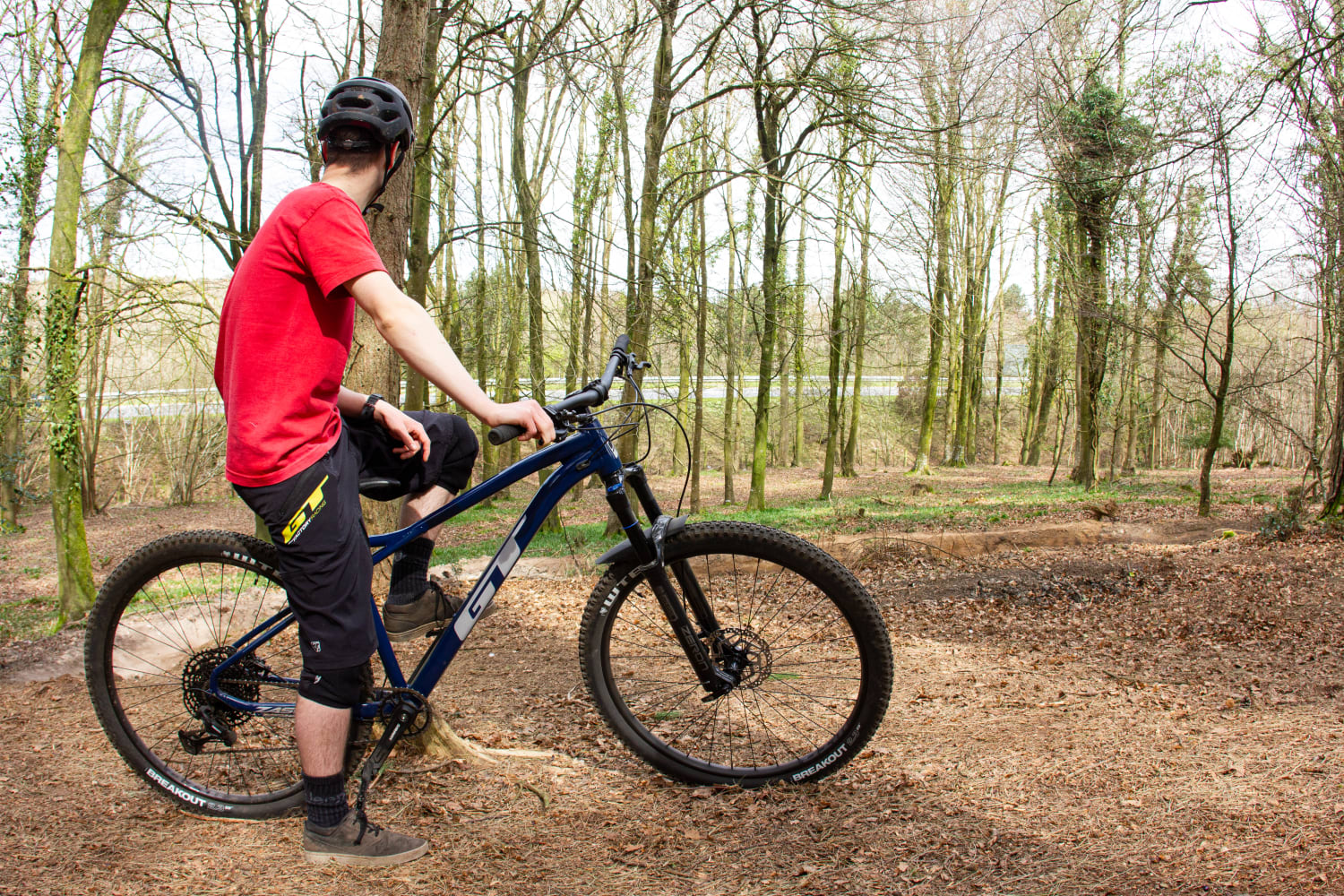 Overall, hardtail bikes can be ridden on nearly any terrain. However, they do best on trails that aren’t too rugged. Their lack of suspension can become a problem on trails more on the extreme side or rock-laden. Advanced riders sometimes choose to ride hardtail bikes on these trails, but most professionals will advise against it.

Because a hardtail has no rear suspension, you feel every bump or tree root you cross. For many, that’s not the most comfortable experience. So if all you plan to ride are the most intense and challenging trails, you may want to consider a full-suspension ride rather than a hardtail.

Many trails, however, have large sections of smooth dirt and road areas you must ride to get to the rest of the path. With a hardtail bike, you’ll be ready to handle nearly every type of terrain. The same can be said for most pump tracks and is

They’re so versatile, in fact, that people are choosing to purchase hardtail mountain bikes instead of road bikes. That’s because a hardtail can flawlessly go from the weekend trail rider to your daily commuter. With gas prices not just climbing but jumping through the roof over the last few months, more people are turning to economical and ecologically friendly ways of getting to work, like commuting via bike.

Riding to work may be slightly less comfortable, especially if your route is laden with gravel or broken roads. Still, a hardtail bike is exceptionally reliable and easy to maintain speed on a simple work commute.

All that absorption that a full-suspension mountain bike offers also has the disadvantage of slowing down your speedand making you pedal harder.

If you’re just starting out on a bike and haven’t yet reached your peak fitness, the hardtail mountain bike might be a great starting point for your daily commute. You’ll still get in a great workout, but you won’t be completely burnt out by the time you get to work. 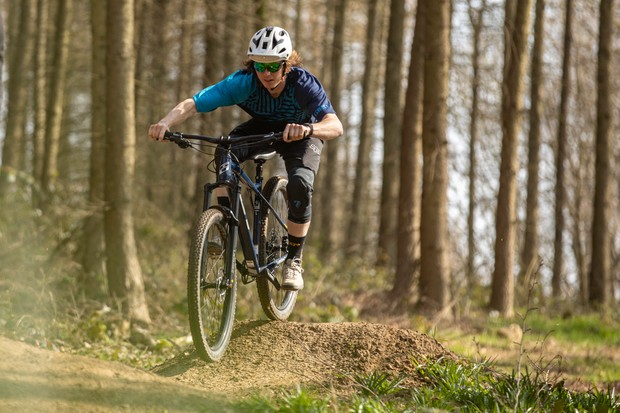 One of the reasons people turn to hardtails is their reparability and ease of maintenance. A hardtail mountain bike has fewer mechanical parts that can break vs. a standard full-suspension mountain bike.

You can do the maintenance and service on your bike and save a ton. It’s not nearly as much work as a full-suspension bike, but for those who prefer to save your time and take it into the shop, it will still cost you less.

When you’re first getting started, it can be hard to remember everything you need to do to maintain your new ride. Still, one of the things you should never forget is washing up after you’ve taken it out on the trails. The accumulation of mud, dirt and other outdoor debris can cause significant damage if you don’t wash it regularly.

Along with being easier to maintain, there is less on the hardtail mountain bike that can go wrong. It makes hardtail bikes extremely reliable.

A full-suspension bike just has more places that it can break when you’re riding. 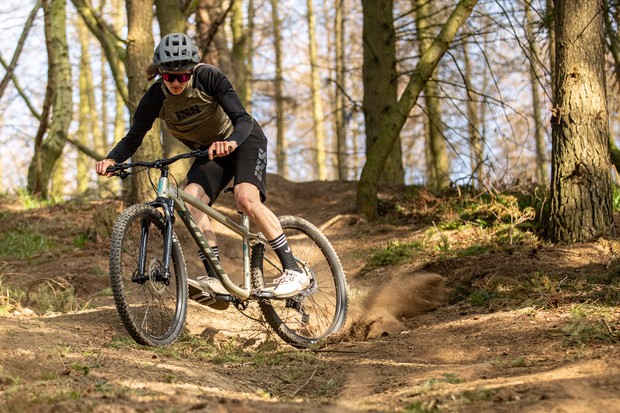 Hardtail bikes lend themselves to adding accessories more than their full-suspension counterparts. Because of the lack of suspension, you have room on the back to add accessories. You’ll have room to put on a trunk or a platform for bags. It makes the hardtail mountain bike a great option for those who like to be able to ride for their shorter shopping trips. It’s also a considerable advantage for longer rides.

You could probably pack enough on your modified hardtail bike to go for an overnight camping trip.

Overall, Hardtail Mountain Bikes Are Good for Almost Everything

The modern hardtail mountain bike has become a great all-around choice for someone looking to get started in the cycling world. It’s versatile enough to go from trails to the daily commute or just for a ride with the kids. It’s lightweight and one of the most affordable of the mountain bike options.