Today we’re going to share a Kitchen DIY – How to add a sprayer in the kitchen faucet? Though it seems difficult, the installment of kitchen faucets doesn’t need any kind of expertise. Moreover adding a sprayer to kitchen faucets are much economical than replacing the entire faucet. However, the overall process will take ultimately 10 to 45 minutes which is also less time consuming than the expectation of an unprofessional.

Further, you’ve plan and budget of complete renovation, here find some of the best kitchen faucets under $100 including features like built-in magnetic dock sprayer with a flexible neck. You can also check Glacier Bay faucet reviews.

Options of adding a sprayer to kitchen faucets 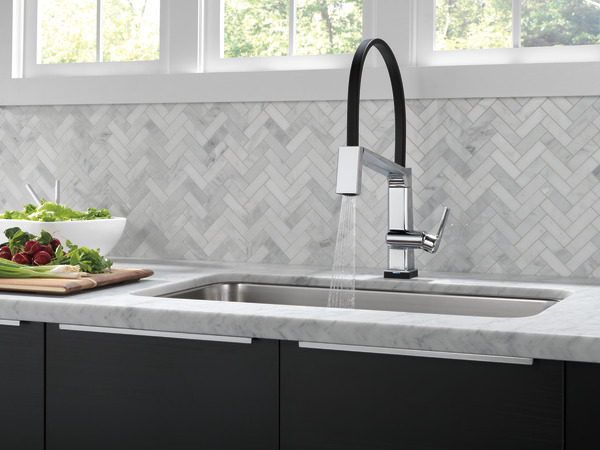 Basically there are two ways of adding a sprayer in the kitchen faucet.

1. Movable tap head universal sprayer – The installation process is easy and a quite cheap option that requires less installment effort and time. Though these faucets ensure a 360 vertical rotation but cover less distance than separately installed sprayers. But undoubtedly a better option as it quite resolves the purpose. Further, some of them also might feature multiple sprayer modes.

2. Adding a sprayer separately to kitchen faucet – This option might require some tools with basic expertise and the installment is slightly time-consuming. Also expensive than other options described above. 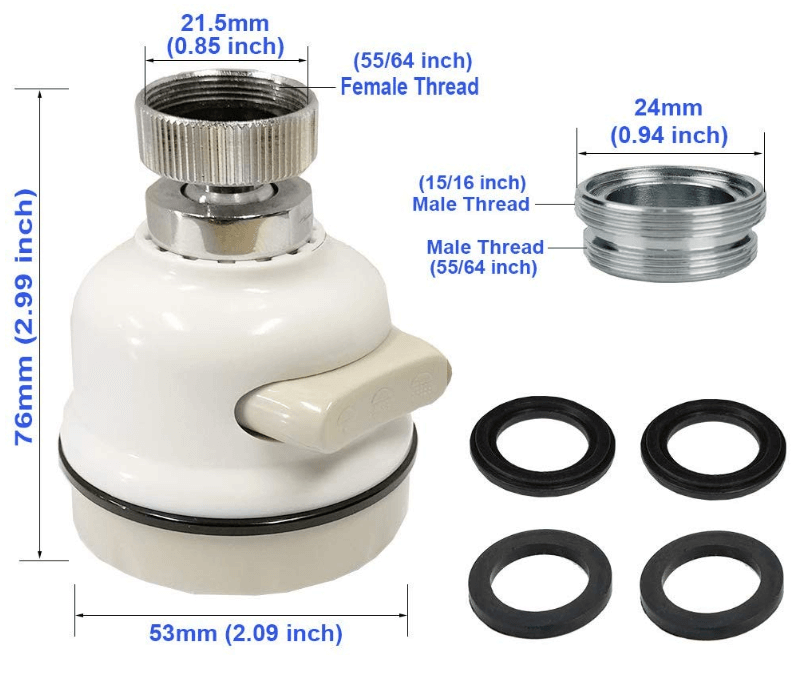 1. Firstly, examine the kitchen faucet tap head, make sure you have around tap head.

2. Secondly, place a washer on the female thread top and screw it on the other side of the male thread as shown in the diagram.

3. Finally, place the left washer over the other side of male thread further screw through the faucet head and we’re done.

1. Before we start, first check that your kitchen sink features an extra hole close to the faucet for installing a sprayer.

2. Now, using the water valve under the sink stop the water supply and drain out water from the sink and faucet if required.

3. Next, find out the extra capped nozzle head comes out from the existing faucet either you might need to change the entire faucet

4. Assuming your faucet has an extra nose, supplement the flange from the gap’s top and screw the plastic nut in from underneath. The flange is a round piece that has a gap situated in the center. It is to secure the opening that the sprayer will come through. The hose lays on this spot when it isn’t utilized. There ought to be two sections to the flange: one that sits destitute from the top and the subsequent that screws onto this part from underneath the counter, holding it in its place.

5. For assembling pipe fitting, unscrew the top (female) at the funnel’s end or you can unscrew the channel (male) from underneath the fixture utilizing the customizable wrench. Wind the cotton string over the male strings on the parts of the bargains pipe. Apply oil paint or funnel dope to every male channel fittings closes while assembling them.

6. Further for the hose preparation, Screw universal coupling to one finish of the new funnel, and on the opposite end, and screw the U-joint. Use the bowl wrench to fix the entirety of the fittings. Subsequent to securing the elbow, it should confront the sprayer side of the sink. In an opening on the highest point of the sink, put in the male finish of the new hose. Wrap the plumber’s tape onto the male finish of the hose, or you can use the funnel dope and cotton string. Screw it onto the U-molded joint. Fix the hose on the channel using the adjustable wrench.

In conclusion, we can say though the separate sprayers cover more angle and area, the tap head kitchen faucets are also much easier to install. Not only that but also they are tap heads are two in one that requires less piping and almost fits into any round head faucet. I hope this article will help you to save some bucks through adding a sprayer to kitchen faucets by own or replacing. Thanks for reading and view more information at liveenhanced.com.