Carnival in Italy is a huge winter festival which is made up of masks, colourful costumes, beautiful parades, music, sweets and local traditions. The origin of carnival is related to Easter. Before Easter, there are five weeks of Lent and before that marks the start date of carnival. Here are some of the popular Carnival Festivals In Italy. 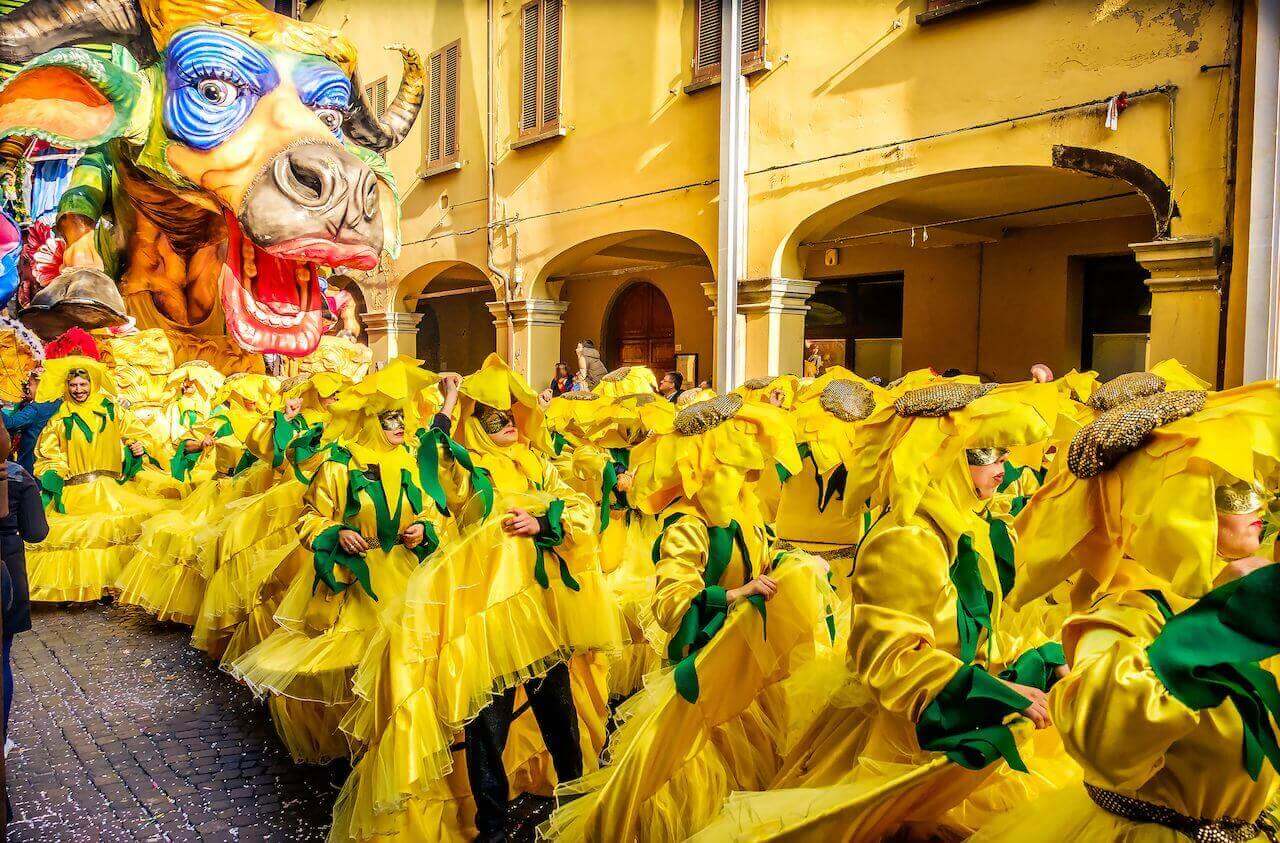 One of the longest standing Carnival Festival takes place in Cento in the Emilia-Romagna region.  It is linked to Rio de Janeiro of Brazil which is another great carnival celebration. People of all ages fill the street of Cento on these days, that is the five Sunday afternoons. Most of them wear colourful masks and costumes. The floats that are used  are of very high quality and some items from Brazil are also involved. The float which wins in the cento parade is taken to Brazil. It is then used in their carnival festivals. Brazilian samba dancers also arrive in cento during the carnival to join the other musical performers. Participants visit from all over Italy to participate in the festival. The city entertains visitors from the other parts of Italy as well as from foreign countries. 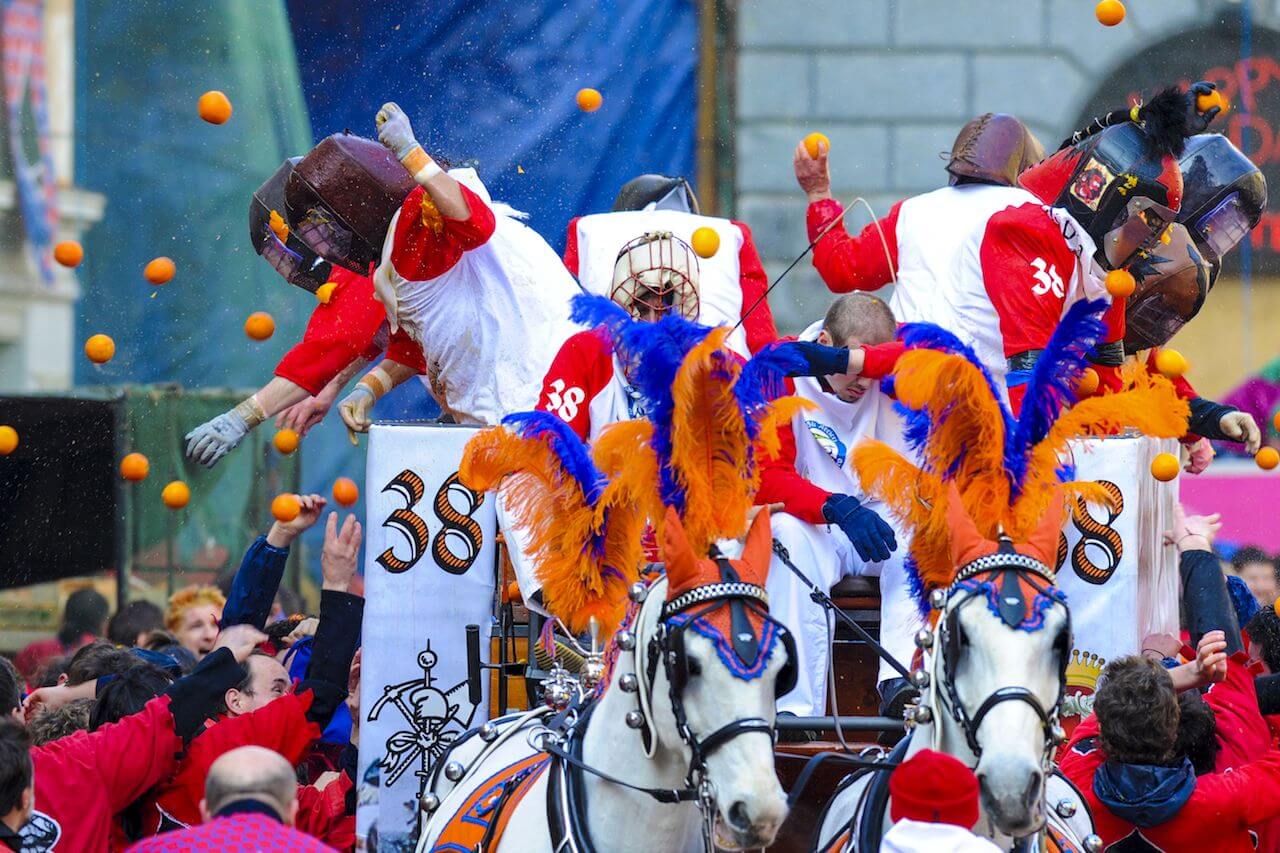 A unique carnival celebration is held in the town of Ivrea which is situated in the Piedmont region. A beautiful parade is held which is followed by orange throwing battles. This orange battles have originated from murky. But the local people claim that there is a story behind this ritual. A peasant girl named Violetta had rejected the advances of a ruling Tyrant. That incident took place around 12th or 13th century. She beheaded him. The other villagers of the town burnt his castle where he lived. During the ritual, a girl is chosen  from the crowd who plays the role of Violetta. Many other people are orange throwers who represent both the Tyrant and the peasants. They throw orange at each other. The oranges represent stones or other ancient weapons and tools. 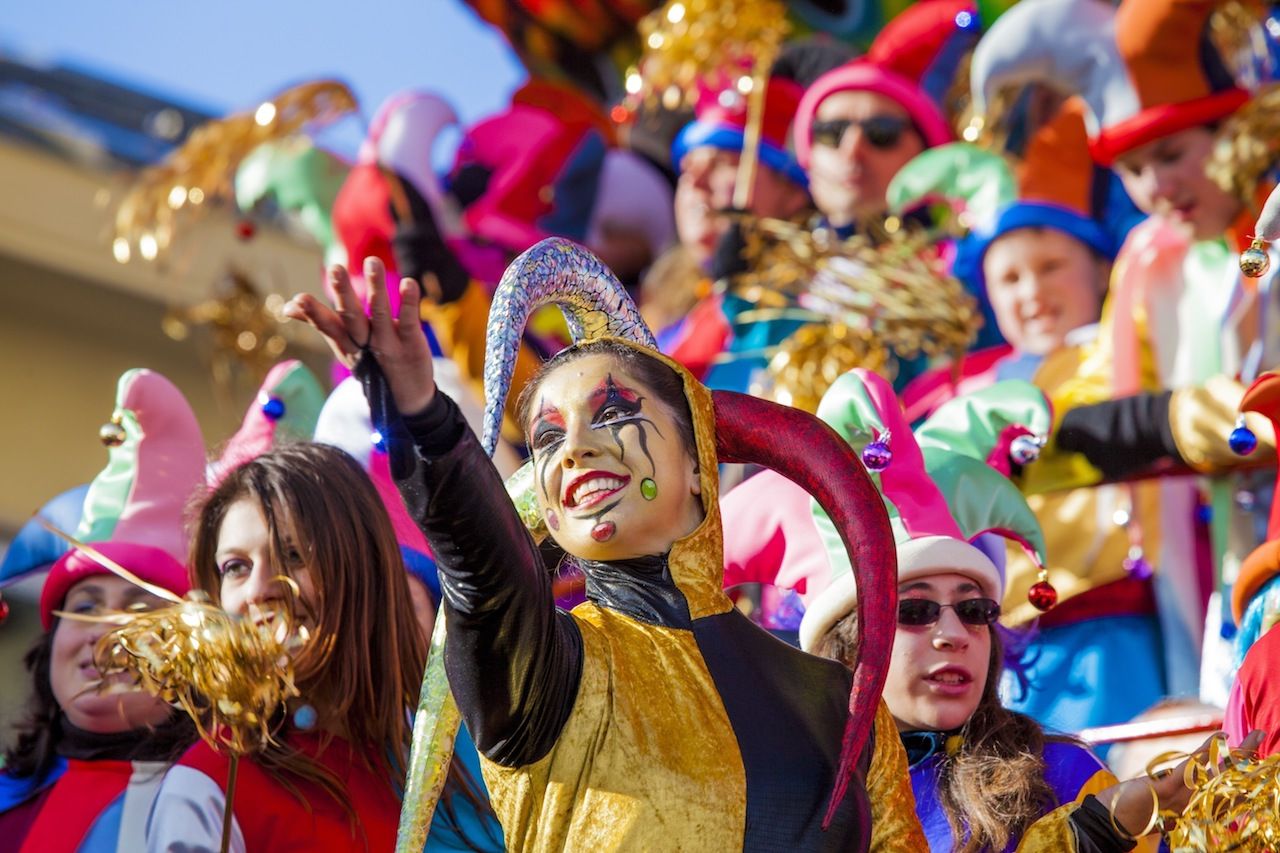 Another biggest carnival celebration of Italy takes place in Viareggio, on the Tuscan coast. The carnivale de Viareggio takes place over an entire month. Cultural events and masked balls are organised throughout the entire season in Viareggio. Thousands of visitors come to see the spectacular parade. They even participate in the masquerade processions. Giant paer-maiche floats are used in parades. These parades can be seen whole throughout the season. However the final parade takes place in Saturday night. This also includes a huge fireworks show. The festive spirit draws everyone’s attention so that they can join in and dance around together. 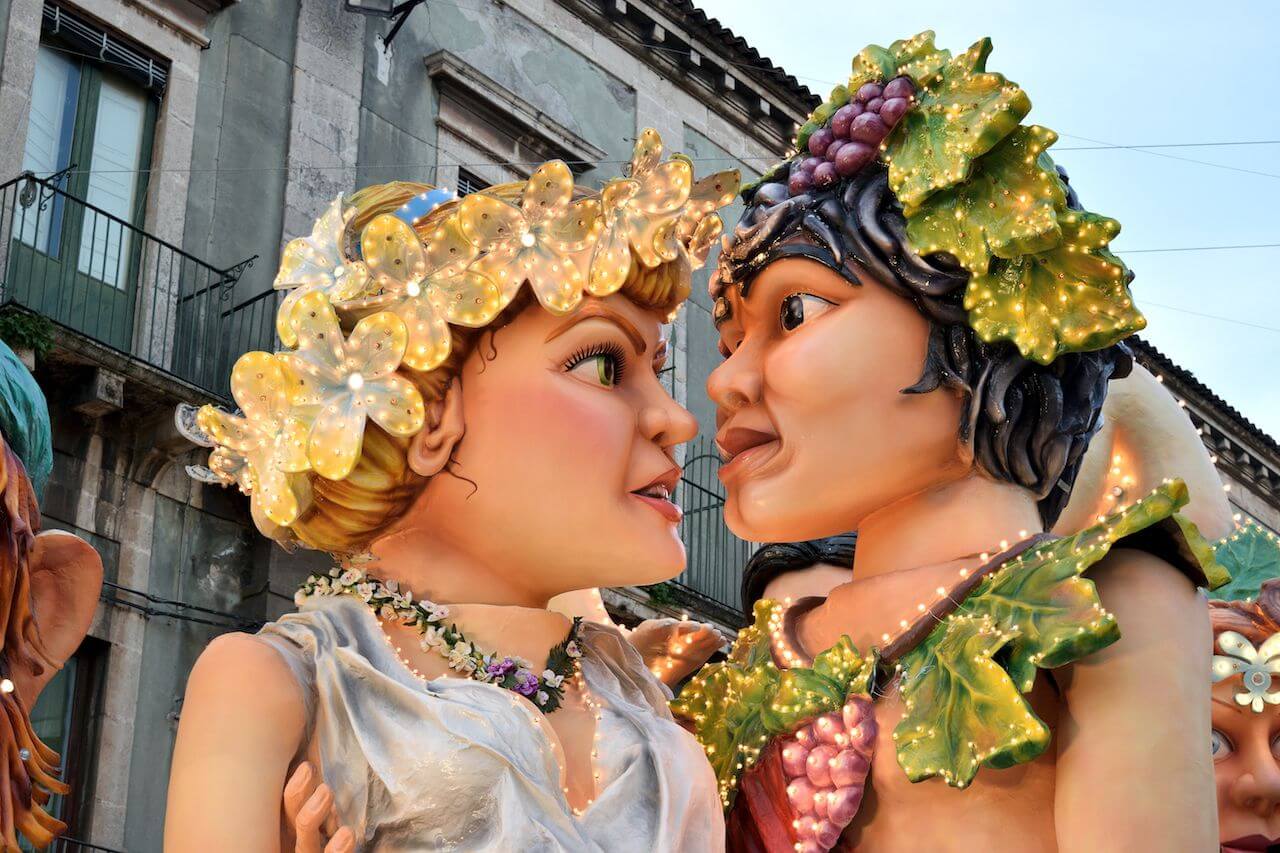 It is one of the renowned carnival celebrations in Italy. People wear colourful costumes and wander in the main streets of the town. They wear costumes in Sicilian Baroque style. This is followed by music, exhibition etc. The most beautiful wagons are awarded on the last day. Flower and paper-maiche floats are used. Several parades take place during the carnival. Not only this, there are several other things that one can experience such as music, a chess tournament and also an event for the children. At the end there is a huge fireworks show which marks the end of the event. 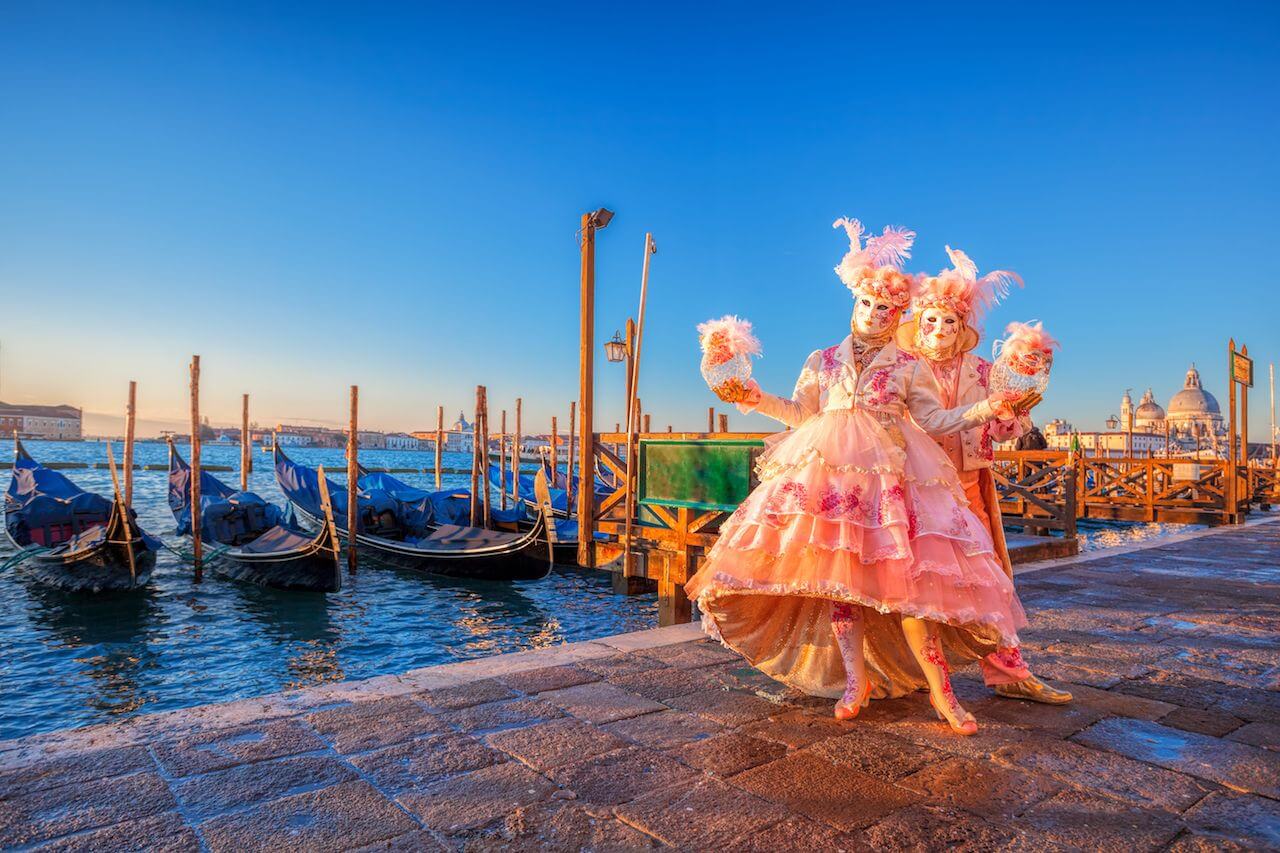 In Venice, carnival season starts two weeks earlier than the actual time. Events and entertainments are held throughout the night during that particular time of the year. People wear colourful costumes and wander around the city. Masked balls are held in the high rated hotels. The hotels provide costumes to the visiting guests. The main carnival events are held in Piazza San Marco. However events take place throughout every corner of Venice. Gondola and boat parades are held along Grand Canal. It is mainly renowned for the famous masked parade which is held in Piazza San Marico. Not only this a carnival event for children is held in Cannaregio district. A huge fireworks show also takes place in Piazzo San Marco.. 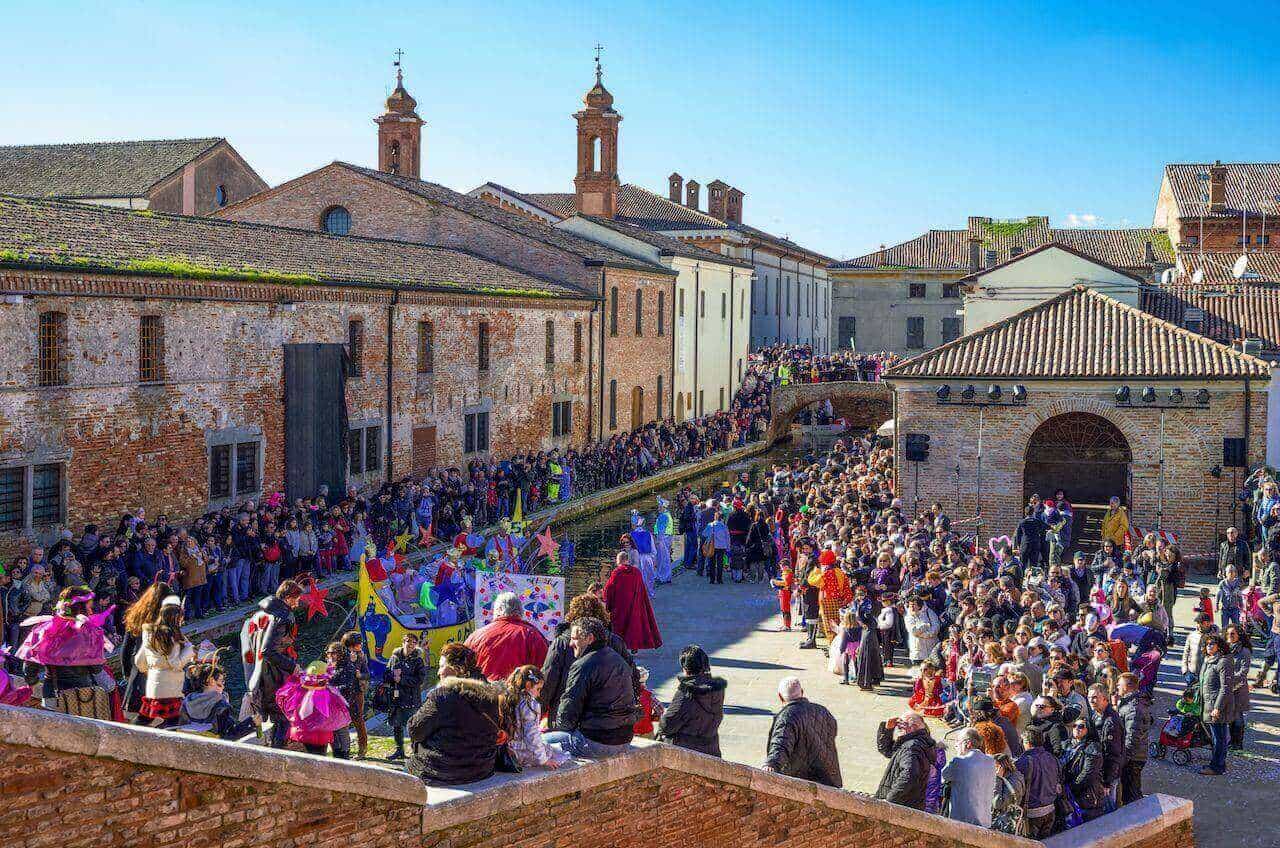 Another famous carnival Festival In Italy can be seen in Comacchio. This carnival on the water of comachchio takes place in the month of February as every year. The program is very rich. There are shows and dances along with music. However the parade of masked groups is the main highlight of the event. This is accompanied by the performance of the dance companies to the rhythm of engaging music on the scenographic Trepponti bridge. This marks the climax of the entire event.

Once you have decided to go on a tour to Italy, you should never miss out the famous Festivals which are held there. With LE projects we are trying to curate some of the most popular Festivals In Italy.