Today, there are over 2.4 billion gamers in the world. Did you know this is around a third of our world’s population?

Needless to say, gaming is no longer something geeky and uncool. In fact, it’s becoming the norm to be a gamer!

If you’ve recently become interested in gaming, then you’ll need a decent rig. For those always on the go, a laptop might be a better choice than a PC.

Are you wondering which Lenovo laptops are the best for gaming? Then you’re in the right place! In this article, we’ll discuss gaming laptop benchmarks so you’ll know which one’s the best for you. 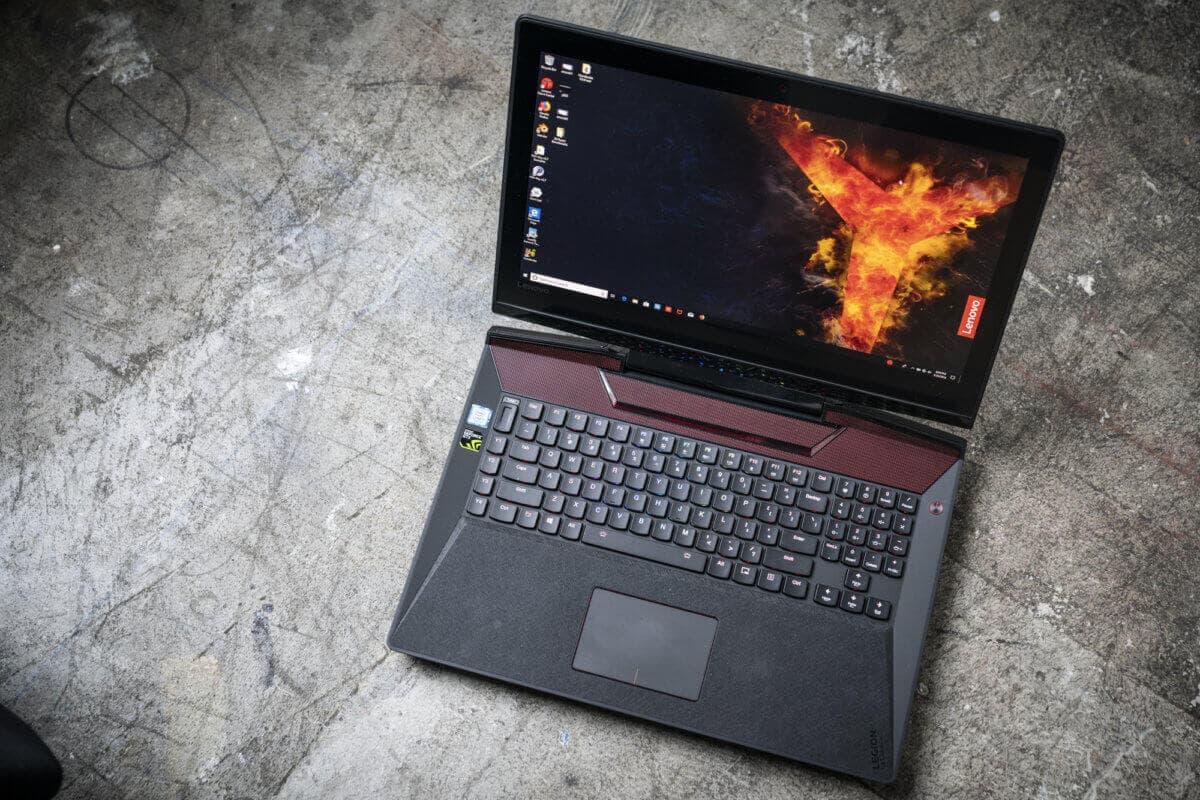 The Legion Y920 is a serious piece of technology. For one, it has a beautiful RGB-backlit keyboard and trackpad that makes the laptop look amazing.

As with most gaming laptops, the Legion Y920 has a pretty large screen, as it’s 17.3 inches! This means you’ll be able to see every detail in the games you play. Consider that the screen resolution is 1920 x 1080 as well.

The aforementioned RGB-backlit keyboard can actually be customized. You’ll also get two 2W JBL speakers and a 3W subwoofer with Dolby Atmos tech. This makes it easy to switch between speakers and headphones, while still being able to hear every detail in your games.

As far as ports go, you’ll have plenty of them. The Legion Y920 has four USB 3.0 ports, DisplayPort ports, a Thunderbolt 3 port, a 4-in-1 card reader, and a Gigabit Ethernet port.

Because of this laptop’s size, it’s on the heavier side. It weighs 10.1 pounds, so be prepared to haul this thing if you’re always on the go. You’ll also need to bring the AC adapter with you, as the battery only lasts about three hours. 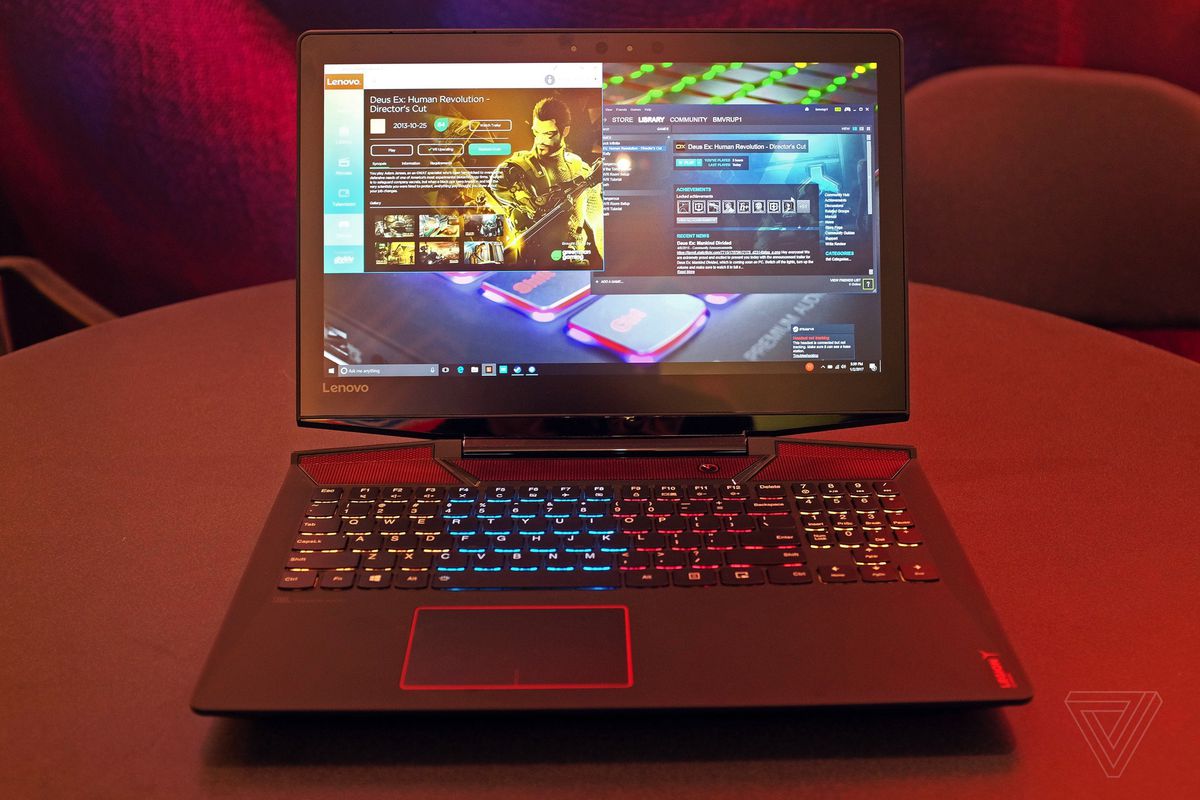 Here’s another fantastic gaming laptop from Lenovo. The Legion Y720 is very affordable, coming in at under a grand.

The laptop has an Intel Core i7 quad-core processor that has a speed of 2.8GHz or up to 3.8Ghz with turbo boost technology. It also has 8GB of DDR4 RAM and a 1TB hard drive with a 512GB secondary hard drive NVMe PCLe. Lastly, it has an NVIDIA GeForce GTX 1060 GPU and 6BG GDDR5 of memory.

If you’re a fan of VR, then you’ll be pleased to know this laptop fully supports it. While there’s no SD card slot, the Legion Y720 has three USB 3.0 ports, one HDMI port, one Thunderbolt USB Type-C port, and an RJ 45 LAN port.

As far as the battery life goes, you’ll get around six hours, which is better than the Y920. It also has a wireless control adapter for the integrated Xbox One.

While it has an awesome design, the Legion Y720 does feel a bit bulky. This makes it a better laptop for a home setup and occasional outside gaming sessions rather than one to use if you’re always on the go. 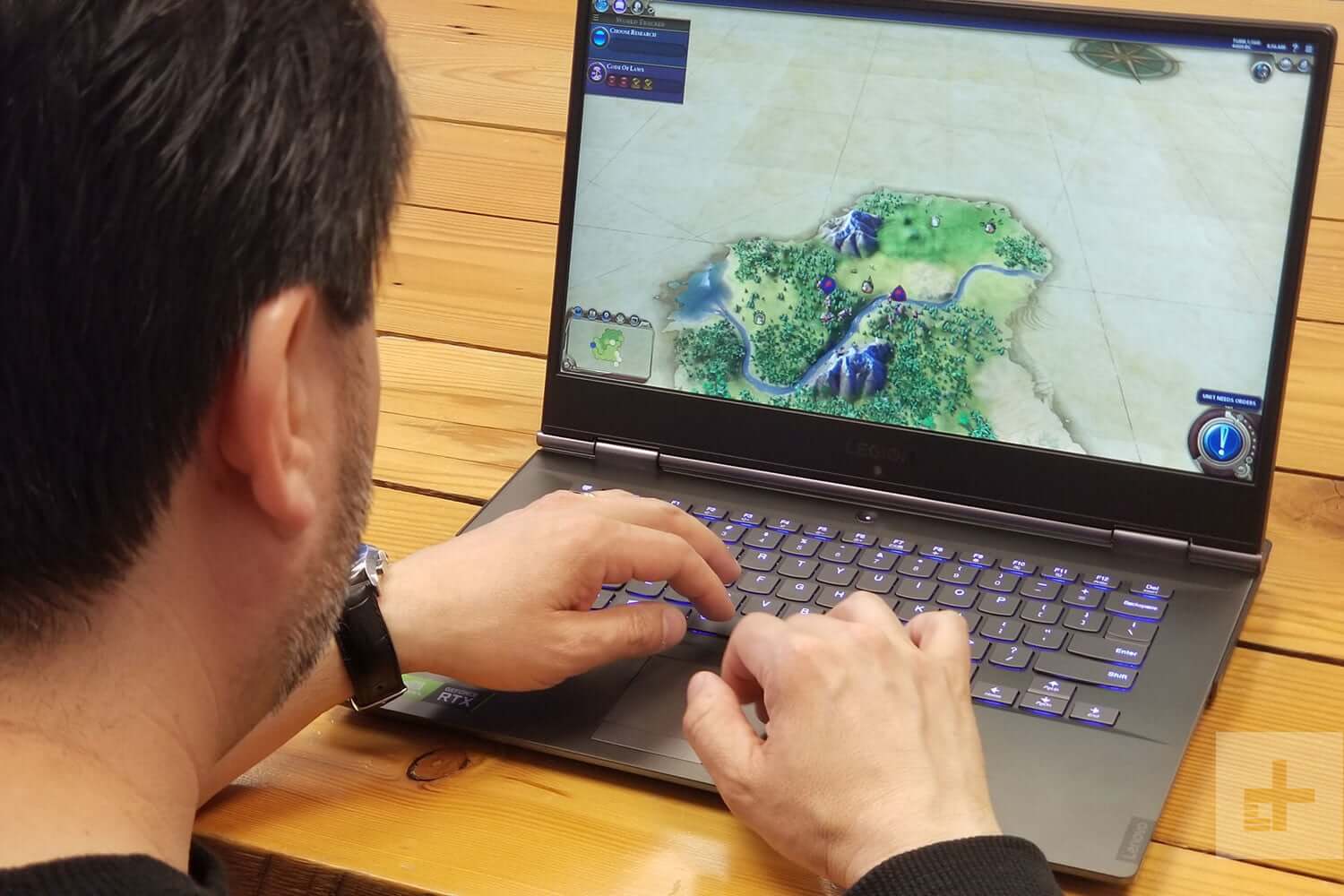 The Lenovo Legion Y740 is a pretty pricey laptop, coming in at over $2,000. However, it has one of the best benchmark ratings around for gaming, which means every penny you spend will be worth it.

The Legion Y740 has an Intel Core i7 CPU, 16GB of RAM, and an NVIDIA GeForce RTX 2080 GPU. What does this mean for you? That no matter what game you’re playing (Minecraft, GTA V, Fortnite, etc.), you can count on this laptop to run it smoothly, with no lag or overheating.

One of it’s most attractive points is how well-connected this laptop is. In the rear, you’ll get ports for the Ethernet, mini DP, HDMI, and two USB 3.1 Gen 1 slots. On the side, you’ll get a Thunderbolt 3 USB Type-C and USB 3.1 Gen 2 slot.

The one downside of this laptop (besides its price) is how big it is. Because it has a large screen, this also means it’s larger and heftier; it weighs 11.81 pounds, which will definitely feel like a brick (or two) in your backpack.

If you mostly game at home, then the heavyweight of this laptop won’t matter as much. But if you’re always on the go and need to tote your laptop from place to place, then the Legion Y740 can give you a little bit of a workout. 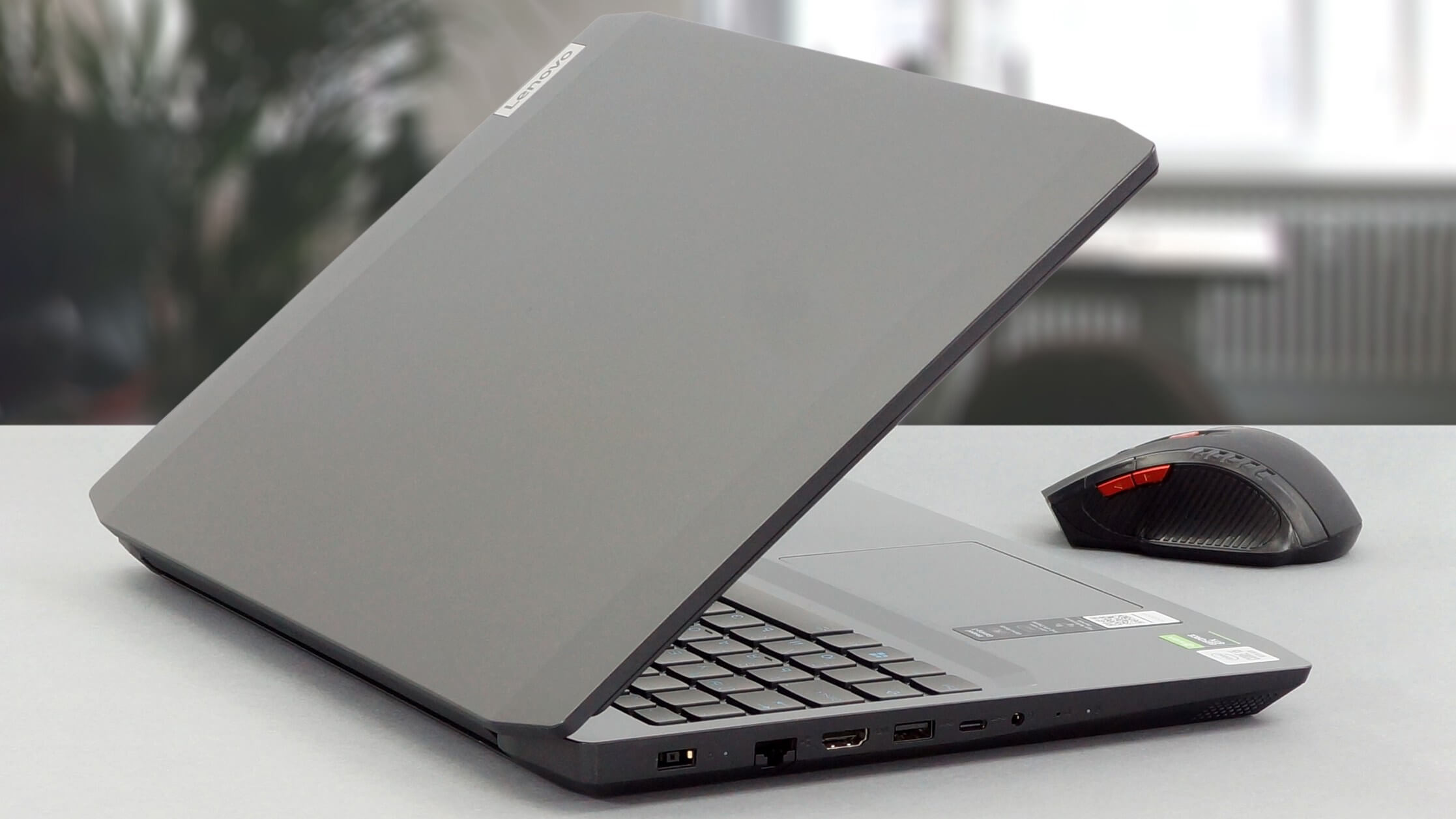 Here, we take a step away from the Legion series and go the ThinkPad route. ThinkPads are normally used for business purposes, but their technology and versatility make them great for gaming as well. By purchasing one of these, you can use your new laptop for multiple purposes.

This laptop is smaller than the others: it has a 14-inch screen. But what’s great about this is it’s a lot lighter, as it only weighs 5.9 pounds. 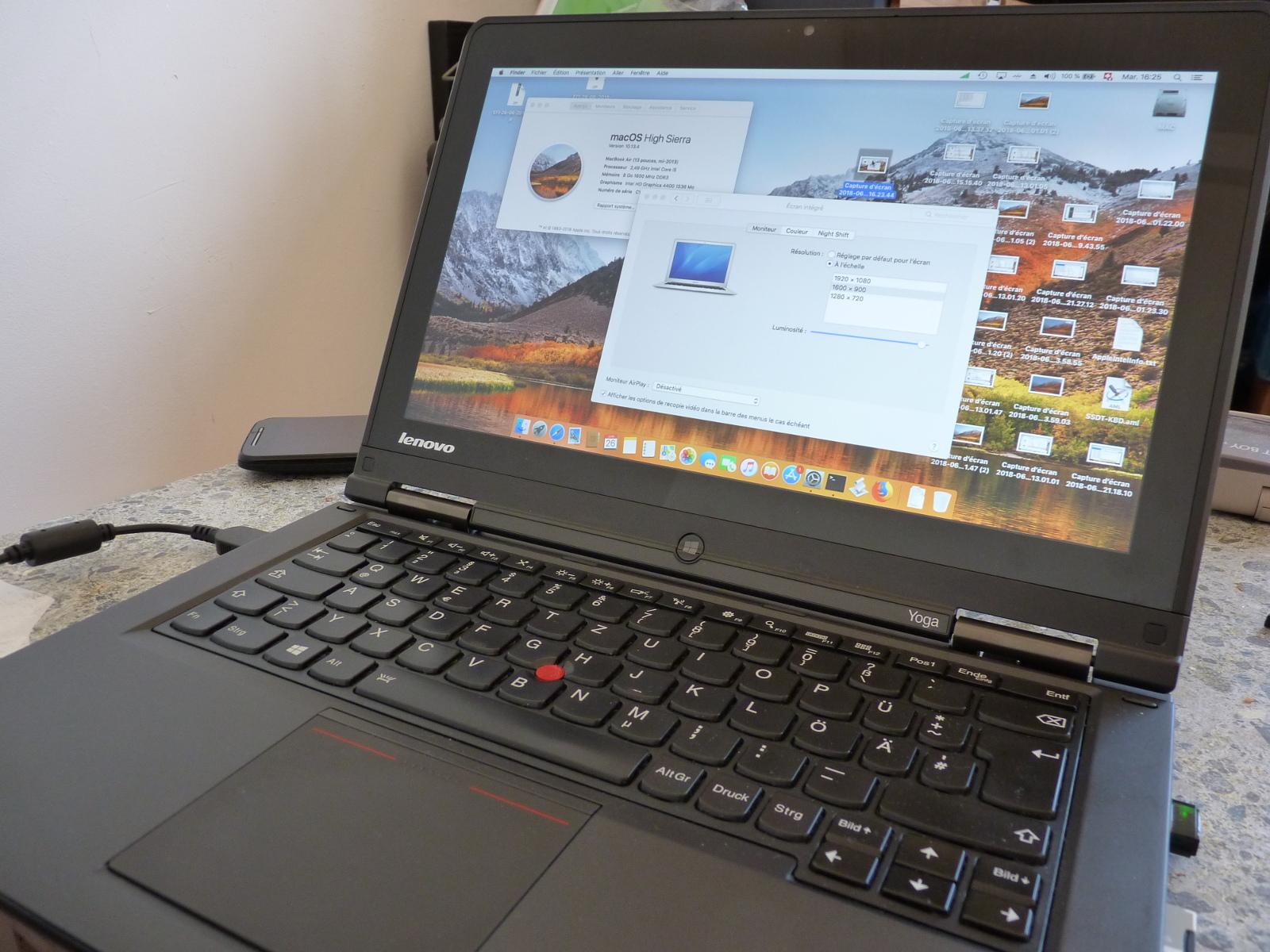 If you’re gaming on a budget, then the above laptops might be out of your range. In that case, here’s an option that’ll be great on your bank account, as the Y700 is extremely affordable. Plus, it looks pretty cool, as it has a red back-lit keyboard.

One of the major downsides of the Lenovo Y700 is its short battery life. It only lasts about three hours, so you’ll want to always bring your AC adapter with you in case of emergencies.

This laptop weighs 8.25 pounds, which is a little less than the other laptops on this list. This makes the Y700 a great choice if you want to spend less and also want a more portable laptop to game with. 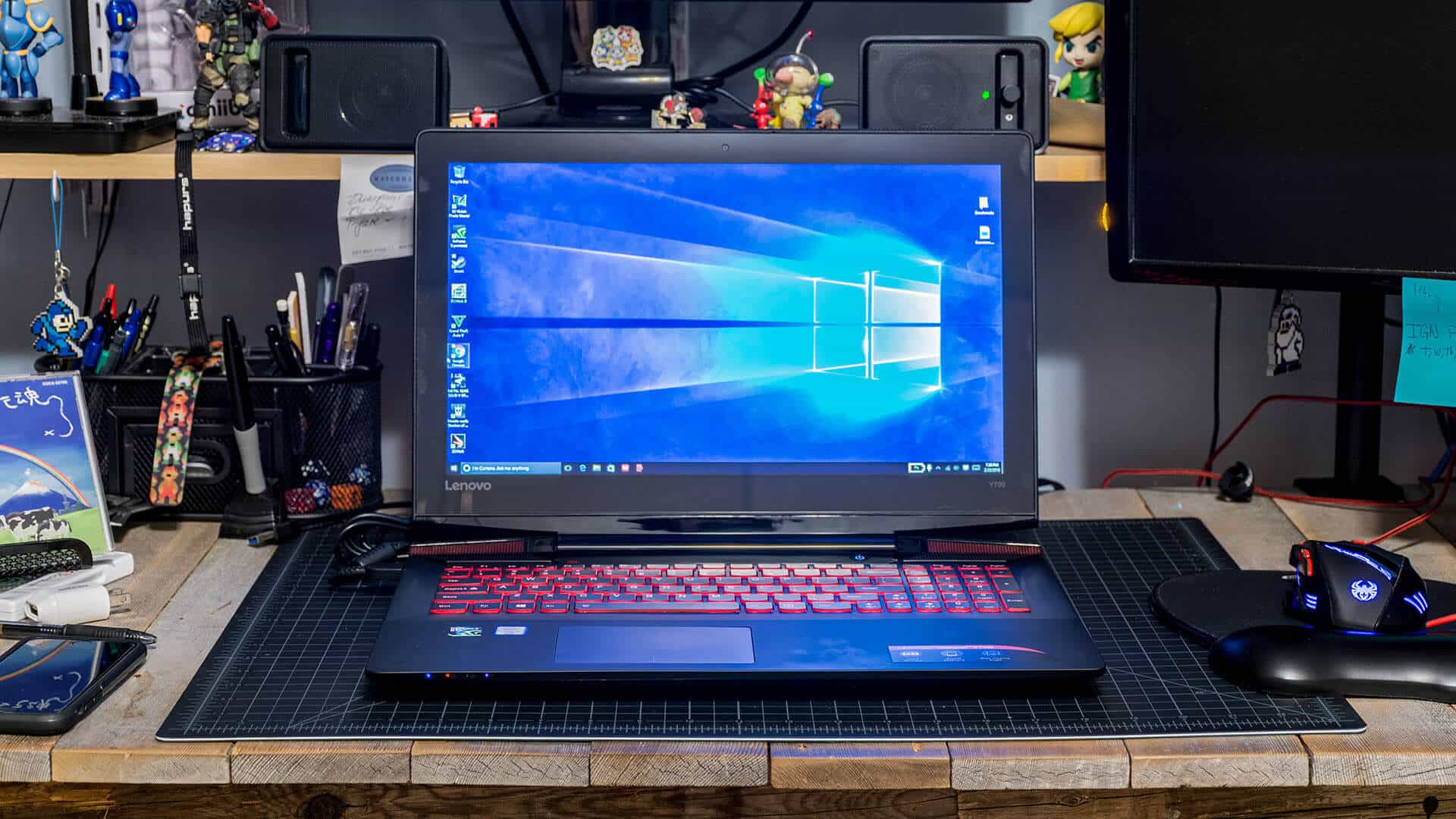 The Lenovo Y50 is our choice when it comes to Lenovo gaming laptops with a touchscreen. This is great for those who love to play mobile games but want them on a bigger screen.

The Y50 has a 15.6-inch screen, which is plenty of room to navigate for games. Like with many of the other laptops in this article, this one has a backlit keyboard, which makes both gaming and working easy to do when it’s late and dark.

With all of these quality features, you might think this is a pricey laptop. But in reality, the Lenovo Y50 is actually super-affordable, meaning even the average gamer can get a quality gaming laptop without breaking the bank.

This laptop weighs just 5.3 pounds, which makes it very light, especially for a gaming laptop. The batter can last up to 5 hours, so like with most other devices on this list, you’ll want to have your AC adapter with you at all times as backup.

If you’re ready to get started on purchasing a Lenovo gaming laptop, this site has a bunch of Cyber Monday deals you can take advantage of.

Use These Gaming Laptop Benchmarks 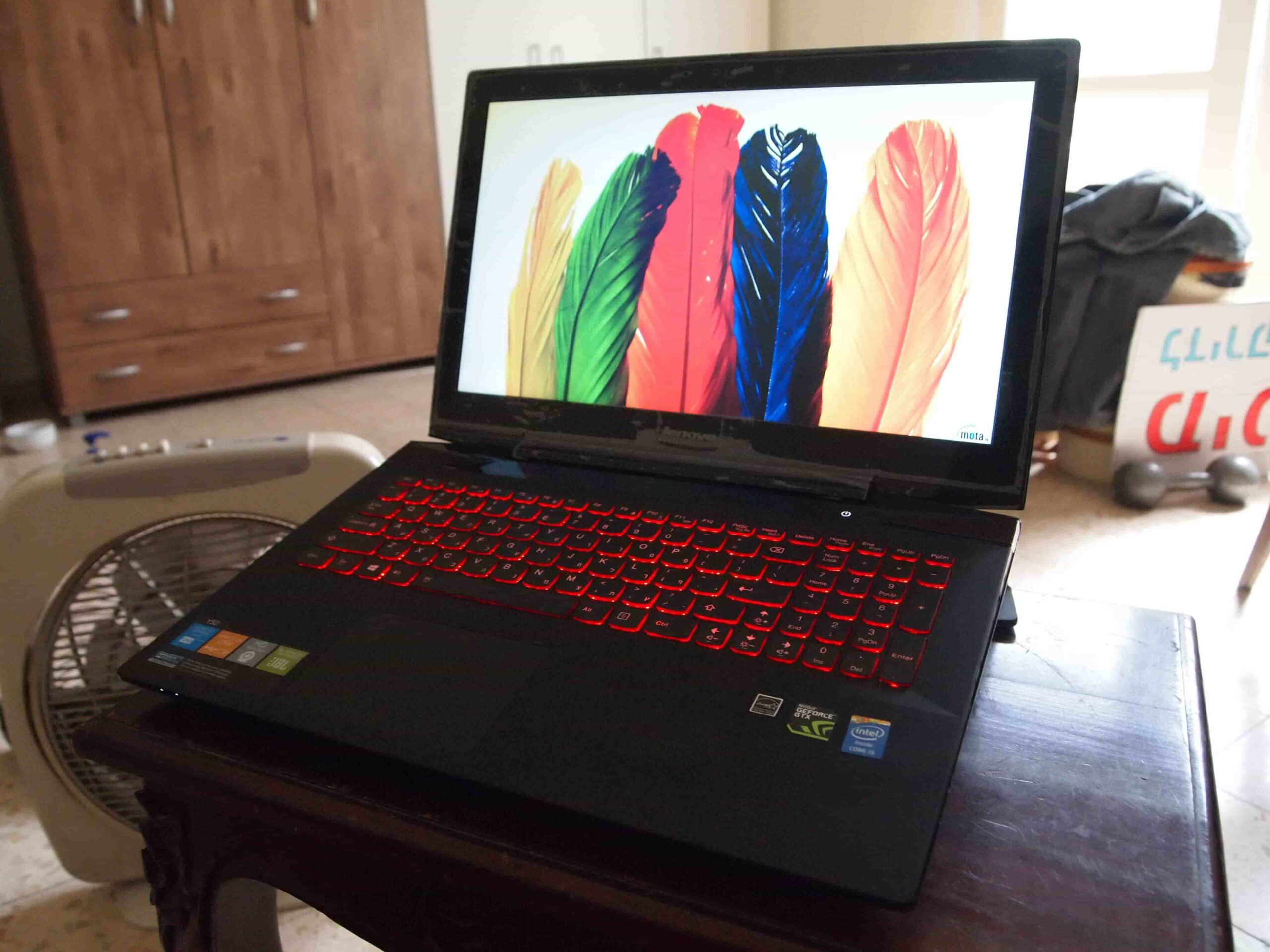 After reading these Lenovo gaming laptop benchmarks, you should have a better idea of which ones are the best for your gaming needs and budget.

Just remember that no 2 gamers are the same. What might be the perfect gaming laptop for your friend may not be so great for you. So while suggestions from friends might be helpful, the most important thing to remember is to do your own research and make a decision based on the facts that you find.

And last but not least, don’t forget to get some gaming peripherals too! They’ll definitely enhance your experience, whether you game at home, at a cafe, or your friends’ houses.

If you found this article on laptop benchmarks helpful, then make sure you take a look at the rest of our blog section for more tips!