Skip to Content
Home Entertainment Whacky Halloween Traditions of US: You May Be Aware of!

Halloween is the single most important holiday in the United States during the month of October. Originally known as “All Hallows’ Eve,” the holiday began as a religious celebration to remember and honour the spirits.

Halloween has changed as time has gone on. Nowadays, October is the month when grocery stores sell terrifying amounts of candy, Jack-o’-Lanterns adorn every yard, and people are spending hours designing scary (or crazy) outfits to make an appearance on Halloween.

Even though Halloween is demonstrated on October 31 in many countries around the world, the US does it better than anyone. Here are few popular and interesting Halloween traditions, along with some local variations. 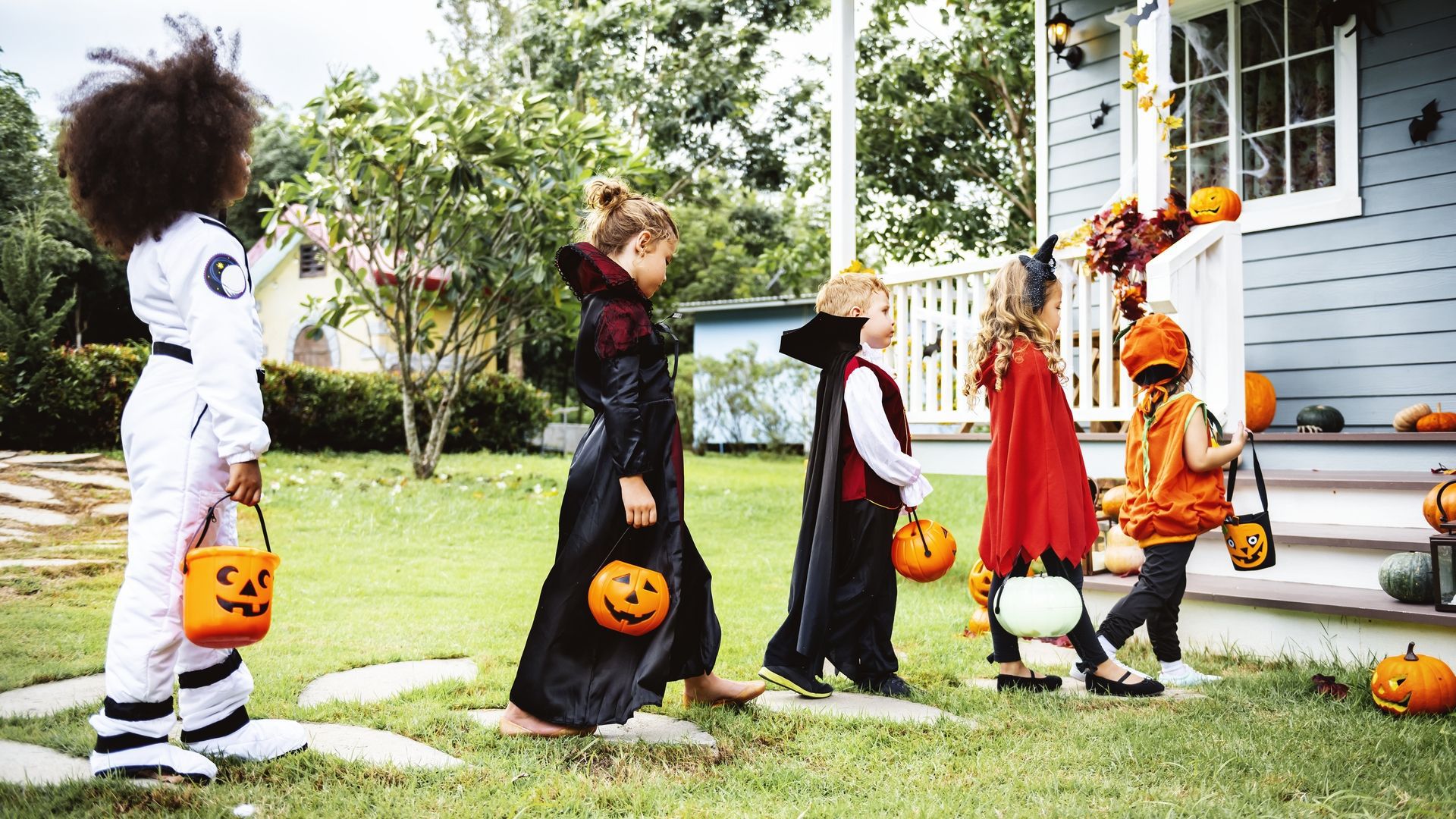 Trick-or-treating is a tradition where children go door to door asking for candy. Children would wear costumes while going around collecting candy. In some places, they would knock on doors and ask if they could have a treat. If the homeowner agreed, they would give them treats. However, if the homeowner refused, then they would leave without any treats.

Some sources argue that our modern trick-or-treating tradition in German-American communities are slight vary from others where children would dress in costume and then call on their neighbors to see if the adults could guess the identities of the disguised guests. In one version of the practice, the children were rewarded with food or other treats if no one could identify them.

Since “Jack Pumpkin” is a core part of Halloween, many of us decorate with them. However, Halloween traditions in the United States differ slightly. They don’t just decorate it here; they make it from the ground up!

It usually starts with a trip to the pumpkin patch to find the fantastic pumpkin. The real fun begins after you’ve chosen one. Once the pumpkin’s top has been cut off, squeeze out all the seeds within until the pumpkin is totally empty. Then, sculpt a frightening face with triangle eyes and a frightening smile. To finish it off, place a candle inside to make the face bloom! 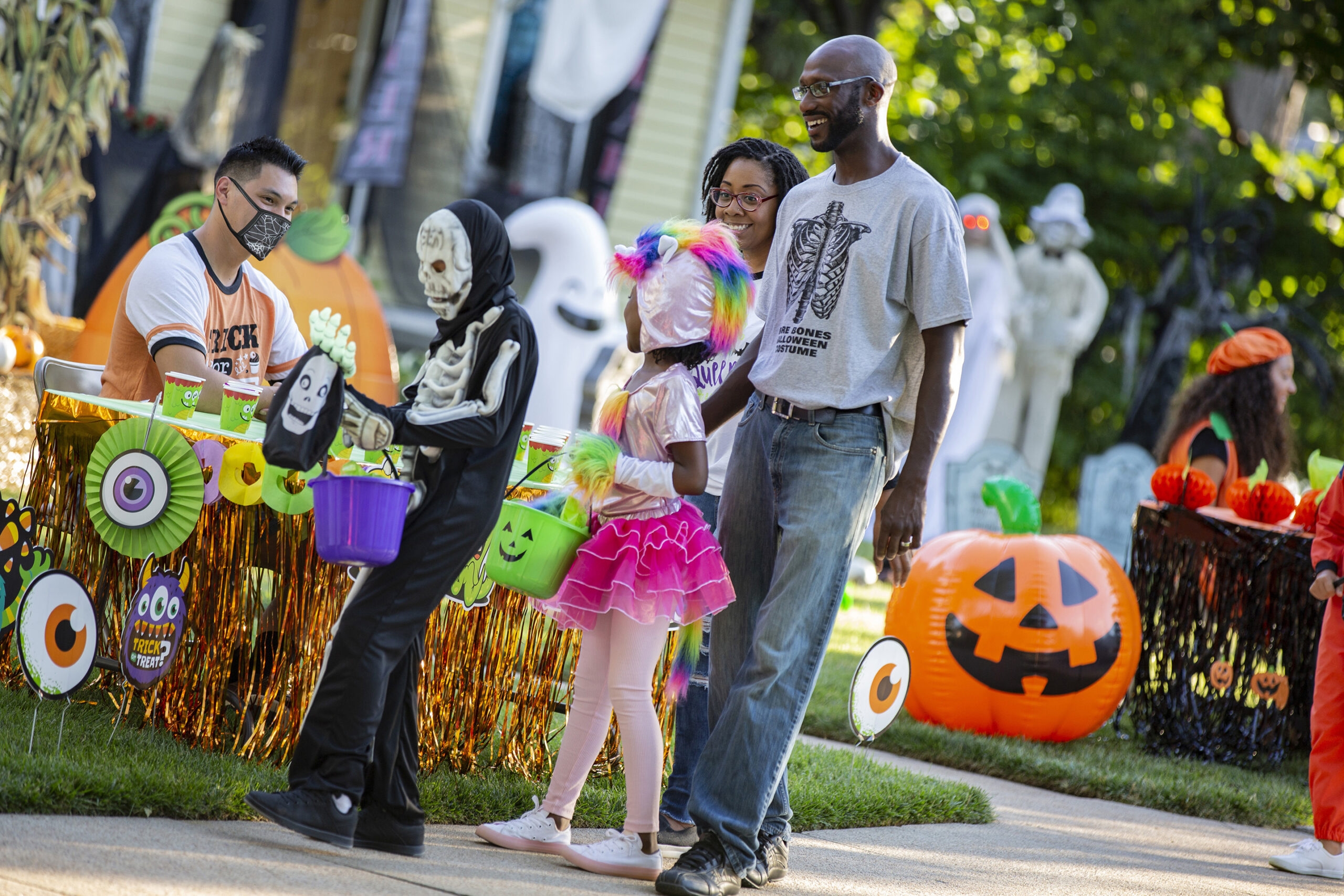 One of the most appealing aspects of Halloween is the opportunity to style up! Expect to see people dressed up in full costumes walking around in the days and weeks leading up to the holiday. You can expect to see everything from mummies, mythical creatures, and vampires to pop culture references, fictional characters, and animals.

In New York City, there is an entire parade dedicated to showcasing costume creativity! Many communities hold fun events like this where kids and adults alike can dress up in outrageous costumes and celebrate. So if you spot someone with face paint round the October 31st, don’t freak out!

During Halloween, you might see front gardens covered in toilet paper in the United States.  Is it modern art? Perhaps, but it’s also a very American Halloween prank. It entails wrapping objects in toilet paper, most notably houses, trees, and vehicles. The bizarre procedure frequently includes egging, or the throwing of eggs. 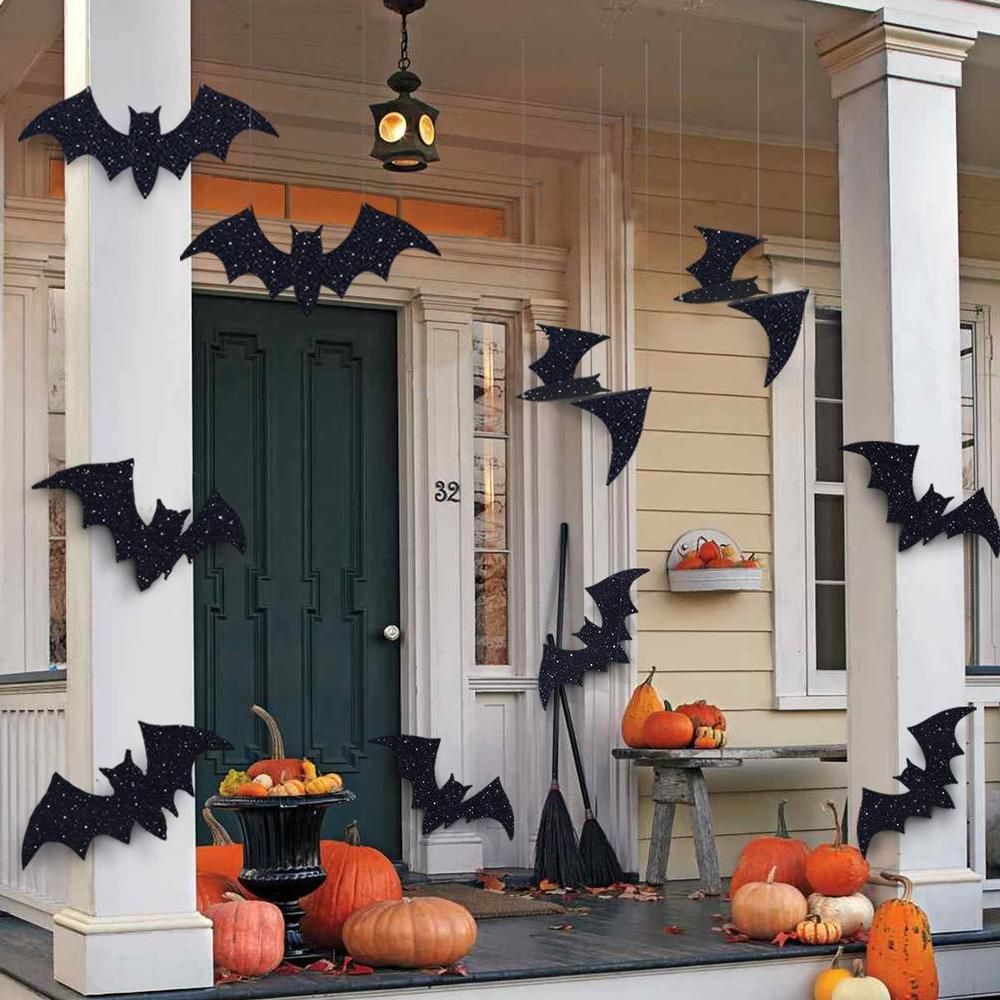 Bats, more than any other animal, personify Halloween. The connection between these nocturnal creatures and Halloween can also be traced all the way back to its Celtic origins. On Samhain, ritual bonfires were lit to attract insects, which served as bats’ food source. Thus, the notion that bats arise themselves when the doors to the spirit world are open.

Related Post  12 Exciting Things To Do On Christmas  And Make It Memorable!

Other Halloween symbols include black cats. This superstition dates back to medieval times witch hunt. Brooms and cauldrons, which were common household items, were labelled as tools of evil as there were more and more people who claimed to be witches. Cats, who were accustomed to staying near warm fireplaces, were suspected of being witches’ servants. Black cats, which were tinged with the colour of death, were especially terrifying. 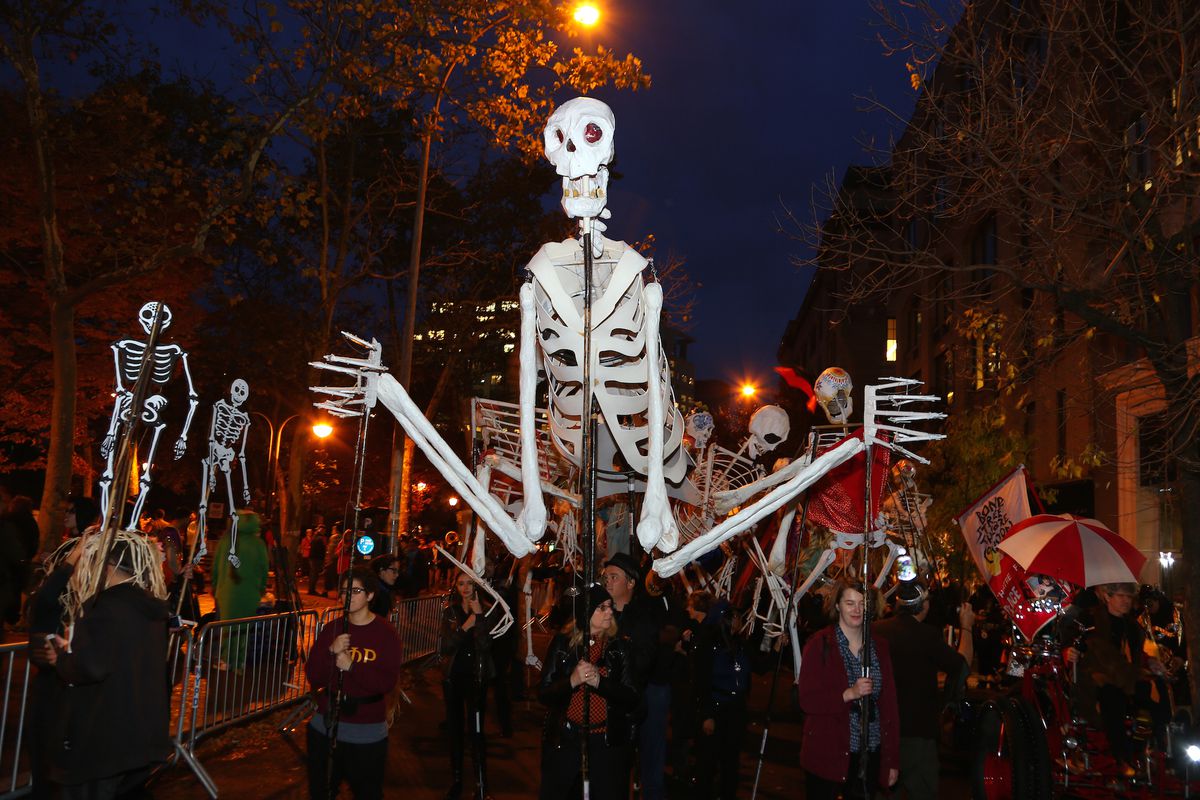 However, American culture goes beyond pumpkins. Nothing is safe on Halloween in the United States: windows, houses, and tree branches! Everything is decorated, and sometimes quite extravagantly – from spiders and bats to bones, mythical creatures, and evil spirits, front yards can even contain entire graveyards. If you find something like just don’t get frighten, chill its just halloween spirit!!

We hope you are gonna have a blastful halloween 2022! Halloween is a celebrated holiday in the United States, so it’s important to have fun halloween traditions that your family can enjoy every year. From carving pumpkins to making spooky decorations, we have provided you with our favorite Halloween traditions for you to enjoy! If we miss out on any tradition or fun activities for halloween 2022, you can drop in the comment box!