With some of the most recognisable attractions in the world the Sydney Harbour divides Sydney into north and south. The Opera House stands proudly on its south banks between the Botanical Gardens and the Harbour Bridge, designed by the architect Joern Utzon it was completed in 1973. His inspiration has been accredited to many things, most well known are sails from a boat, shells, palm fronds and orange peel – apparently he dropped his peel in the sand and the structure was born (though you shouldn’t believe everything you read). One writer even drew similarities between the Opera House and turtles engaging in sexual congress.

The Opera house has four auditoriums and hosts ballet, classical music, dance, theatre, film and opera. Tours run daily 8.30-5pm. Though if you don’t fancy catching a performance you can opt to watch the world float by from one of the four restaurants.

Spanning the harbour from Dawes Point to Milsons Point the Harbour Bridge (nicknamed the coat hanger) was constructed between 1923 and 1932. At an incredible 134 metres high, 502 meters long 48.8 metres wide and weighing close to 52,800 tonnes the bridge cost close to $20 million on completion. The south eastern pylon (closest to the city) houses the harbour bridge museum, though if you are looking for a little more excitement it is highly recommended that you take part in the Bridge Climb, the three hour adventure takes you right to the very top, day or night.

Situated in the middle of the Harbour is Fort Denison, originally used as an open air prison to isolate troublesome prisoners during the Crimea War, before being turned into a fort in the 1850’s (Tours are available, see under things to do) 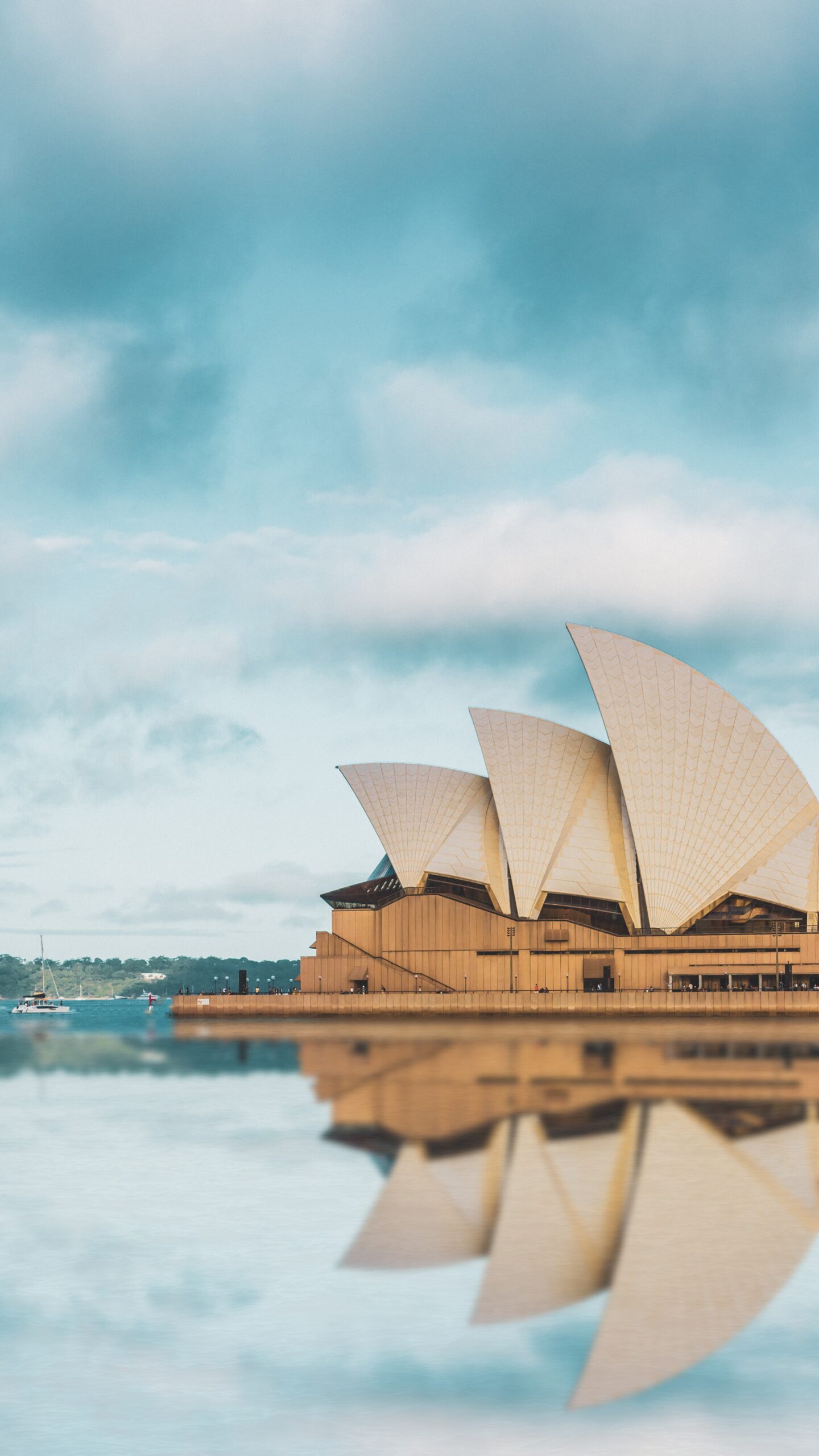 As you walk into Sydney’s city centre the attractions are numerous and eclectic, beautiful buildings, superb shopping, art galleries, cafes, restaurants, bars and night-clubs, all surrounding one of the highest observation decks in the Southern Hemisphere, the 305 metre AMP Centrepoint Tower. If you can bear the queues it is well worth a look as the view is fantastic and you can also dine in one of the two revolving restaurants. Further into the city centre is the majestic Queen Victoria Building, one of the cities best examples of 19th Century architecture and a superb shopping centre for clothing and jewellery.

Nestled beside the modern city and close to the harbour is the historic Rocks (redeveloped in the 70’s) it is full of colonial buildings, cobbled streets, cafes, pubs and art galleries. You can pick up a self-guided tour booklet from the Sydney Visitor Centre (02) 92551788. Slightly further round is the huge purpose built waterfront leisure park, Darling Harbour. The central attraction is supposed to be the Harbourside Festival Marketplace filled with cafes and shops, though thankfully the emphasis has been taken away by the fantastic Sydney Aquarium, the Entertainment Centre, the Imax Cinema and Star City Casino. 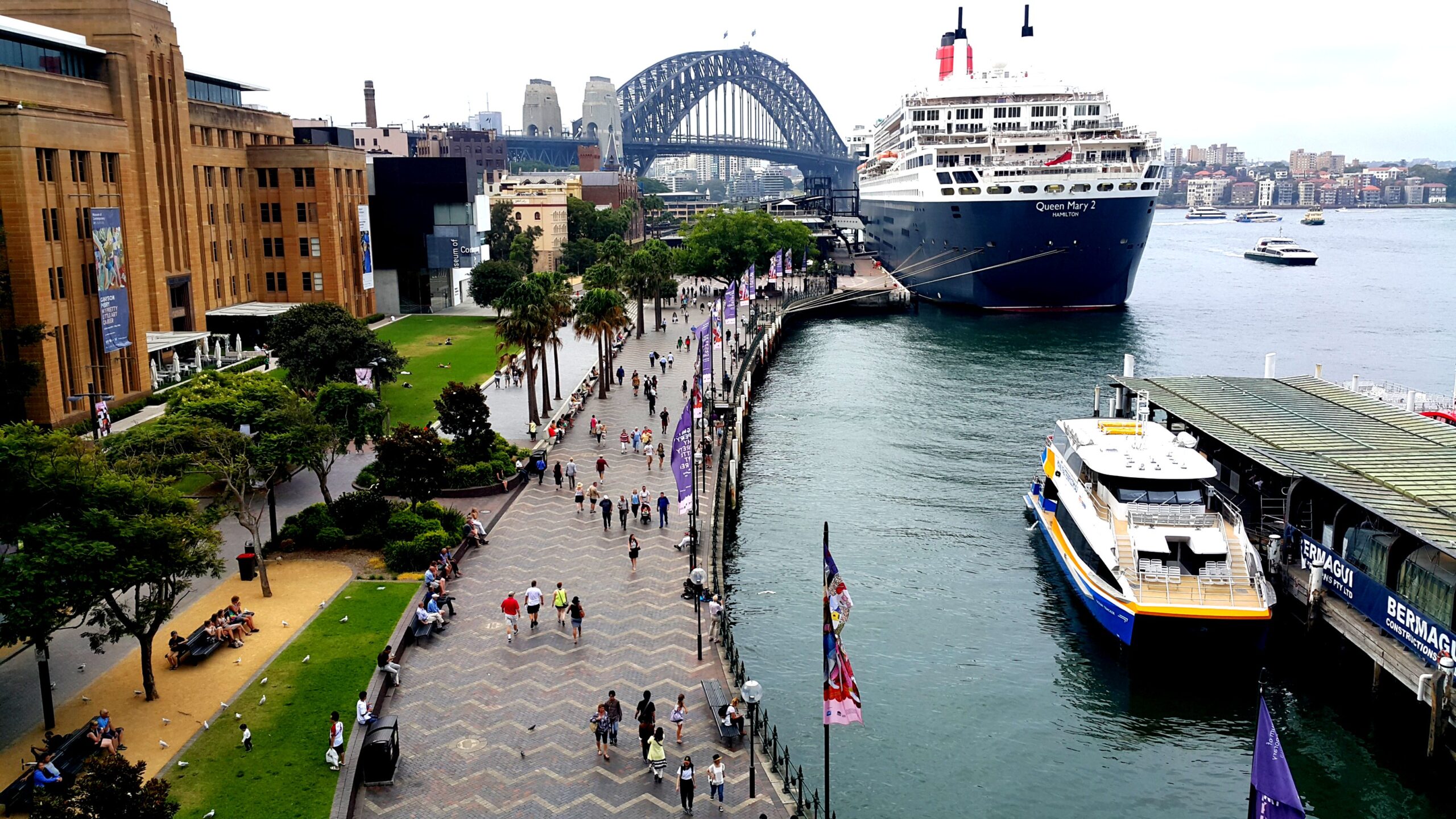 Adjacent to the Sydney Entertainment Centre China Town radiates. Fuelled by an injection of money from Hong Kong, this dynamic part of the city is spreading life into south eastern Sydney. The restaurants boast superb quality and include Vietnamese, Chinese, Thai, Korean and Japanese, with yum-cha being available at nearly every restaurant for breakfast and lunch.

Kings Cross even in it’s early days, during the Vietnam war era, was the vice capital of Australia. Today it attracts a bizarre mix of low life’s, sailors, travellers, Japanese tourists, inner city trendies and suburbanites all looking for a big night out. Though the vice is glaringly obvious with strip joints, crime, drugs and prostitution posted frequently along the streets it is oddly infused with a handful of classy restaurants, designer cafes international hotels and backpackers. Many travellers begin and end their trips in the Cross, as it is a good place to meet friends and rent a car.

As you travel from the Cross towards inner east Sydney up Oxford Street you will come across Surry Hills, Paddington and Darlinghurst. The strips of shops, cafes, bars and night-clubs are lively and flamboyant, largely due to the vibrant and vocal gay community. Once a year (February time) The Sydney Gay & Lesbian Mardi Gras passes through here. The Mardi Gras is a fantastic party, the streets come alive with brightly coloured floats, dancing drinking and general raucous behaviour prevails and the parties promise to continue well into the following day.

most recognisable attractions in the SydneySydney