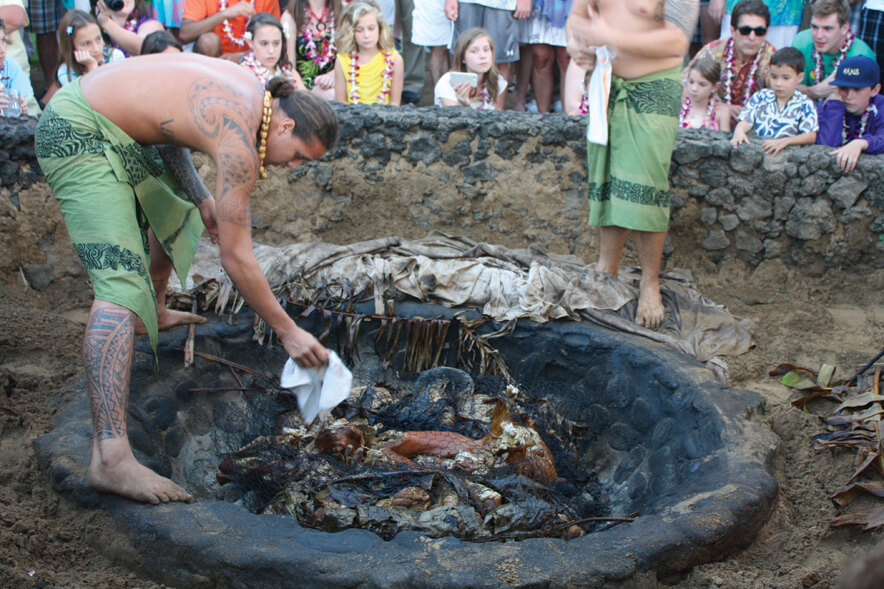 One of the traditional cooking method in Hawaii is kalua. It uses an underground oven which is known as imu. A fire is built inside a pit making use of hardwood. Stones are placed on the top of the fire in the pit. Once the stones have become very hot they are spread over the coals. Then the pit is lined with vegetation like banana trees. A layer of ti leaves is kept on vegetation and the food which is to be cooked is placed on the top. The meat is then covered with more layers of vegetation to maintain even heating. Then a layer of soil is added to prevent the escape of steam. 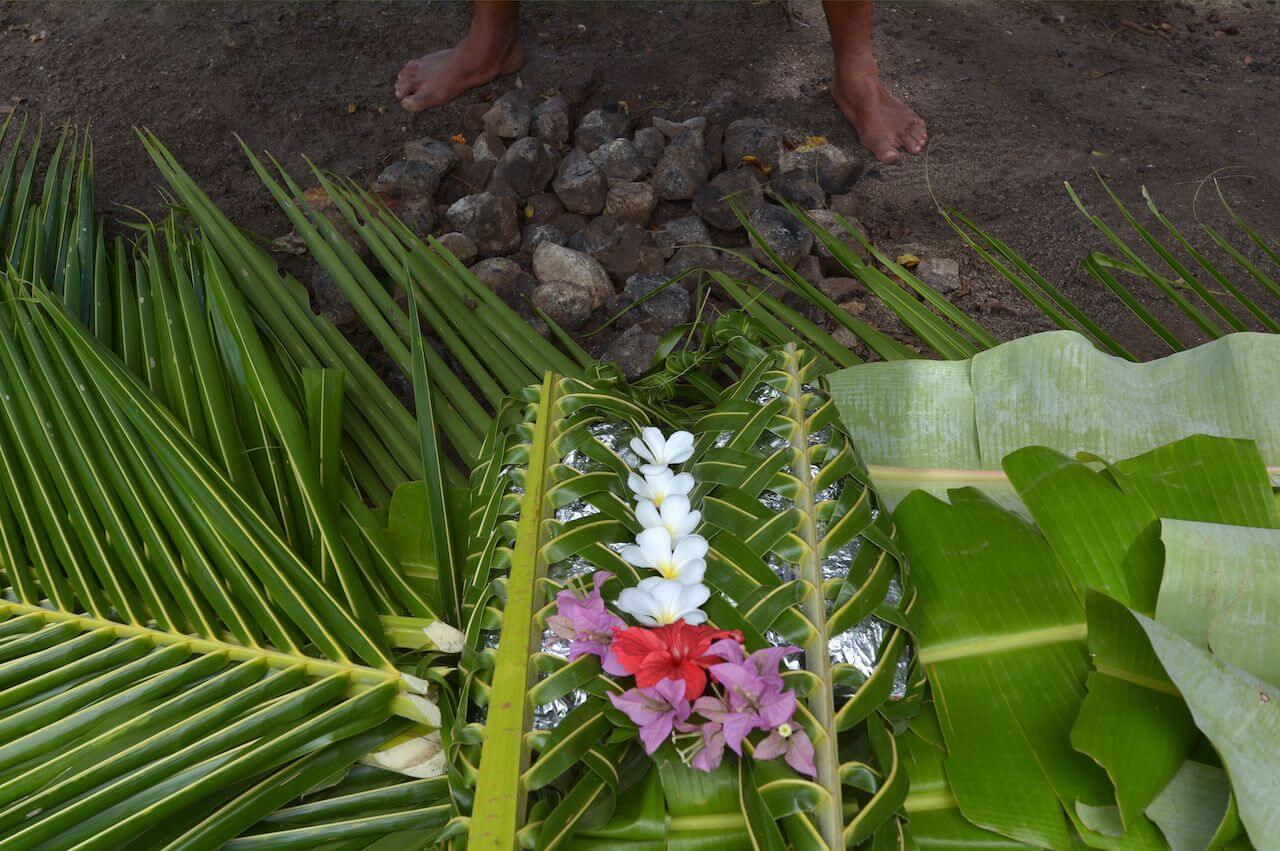 A Lovo is an underground oven which is used as a traditional method of cooking in Fiji. It is made by digging a bowl shaped fire pit in the ground. It is then lined stones and bricks to trap the heat. Firewood is placed above the stones. It is lit and allowed to burn down so that red hot coals are left behind. In this, several type of meat and vegetables are first wrapped in foil and then banana leaves. Then the food is placed on the hot rocks lining a shallow pit. It is then covered and left to cook for a few hours in the steamy oven. The delicious flavour of the meat infused with the smoky flavour produce a traditional Fijian feast. 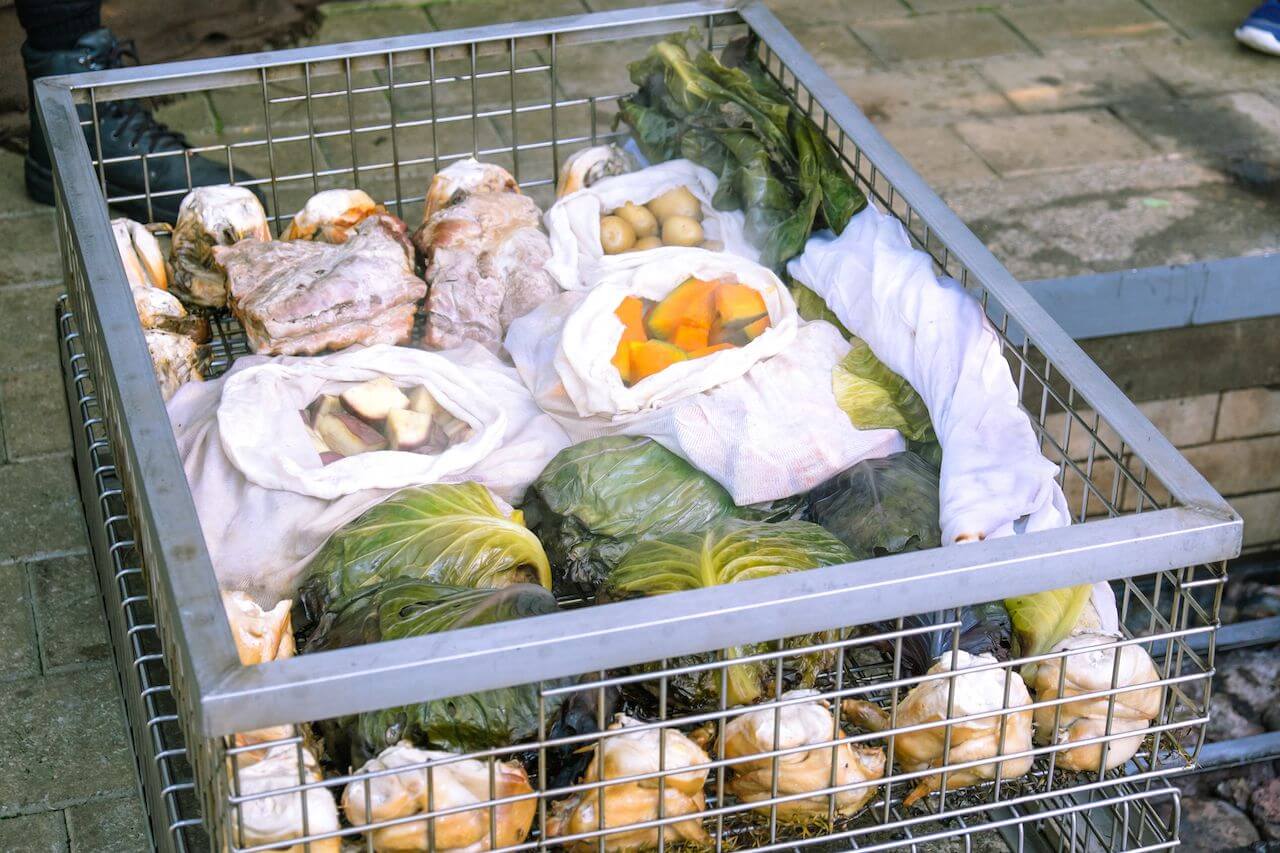 Hangi is a traditional method of cooking food in New Zealand which makes use of heated rocks in an oven called umu. Then food is kept in wire baskets and placed on the heated stones. Previously the food was wrapped in leaves. However now the leaves have been substituted with aluminium foil and wire baskets. Then food is covered with a wet cloth along with a mound of earth. This prevents the heat to escape. The characteristic feature of this method is that the delicious meat and vegetables infuse with a smoky fragrance to give an earthy aroma. Previously fish, chicken and root vegetables were cooked. Now pork, lamb, mutton, potato and pumpkin are also cooked. Experiencing a Hangi is the best way to know the Māori culture closely. 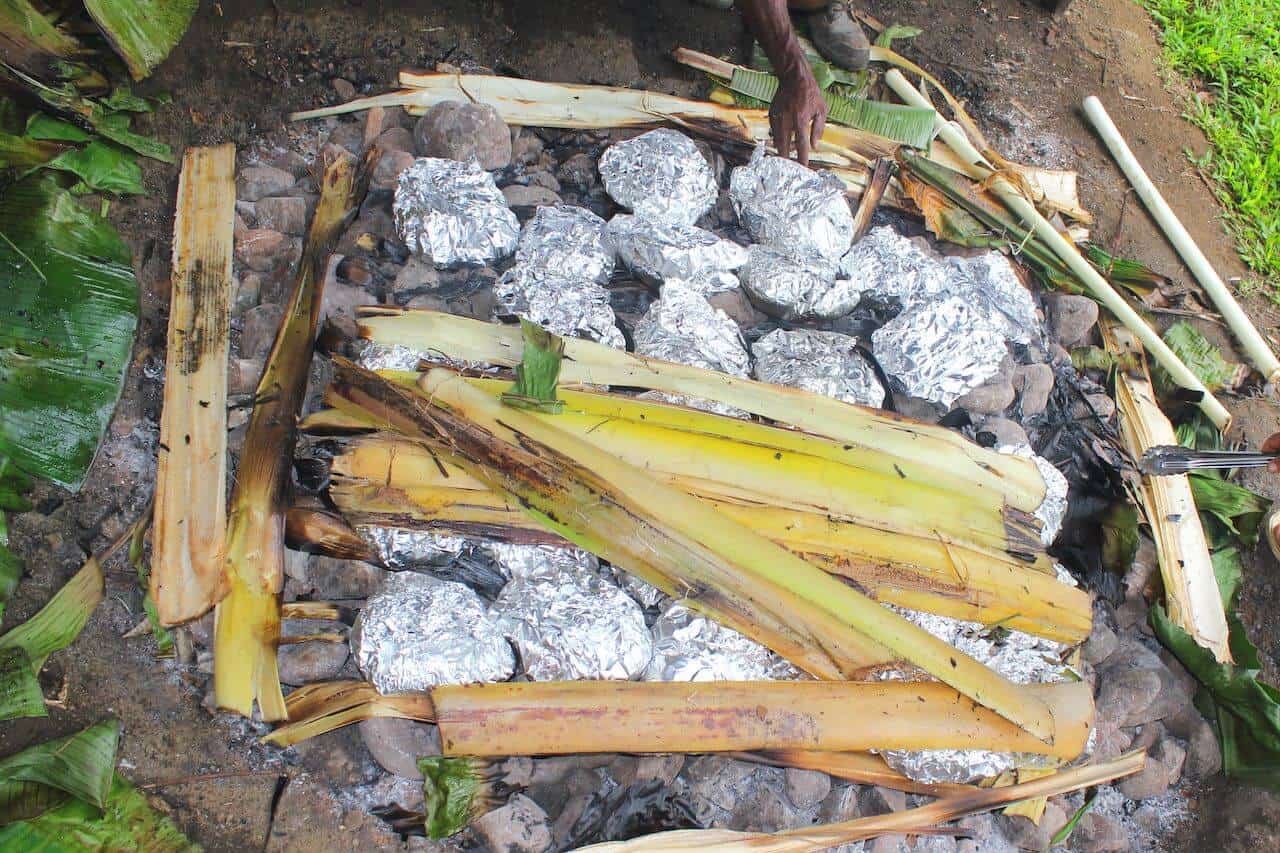 Papua New Guinea is known for its traditional dish, mumu. It is prepared in a pit which is dug in the ground. These are filled with stones. The underground oven is then lined with banana leaves. The stones are heated till the time they become red hot. The food ingredients like leafy green vegetables, root vegetables, meat, fruit and coconut milk are placed in layers above the leaves. The whole arrangement is lined with another layer of banana leaves. This adds a delicious smoky flavour to the dish. 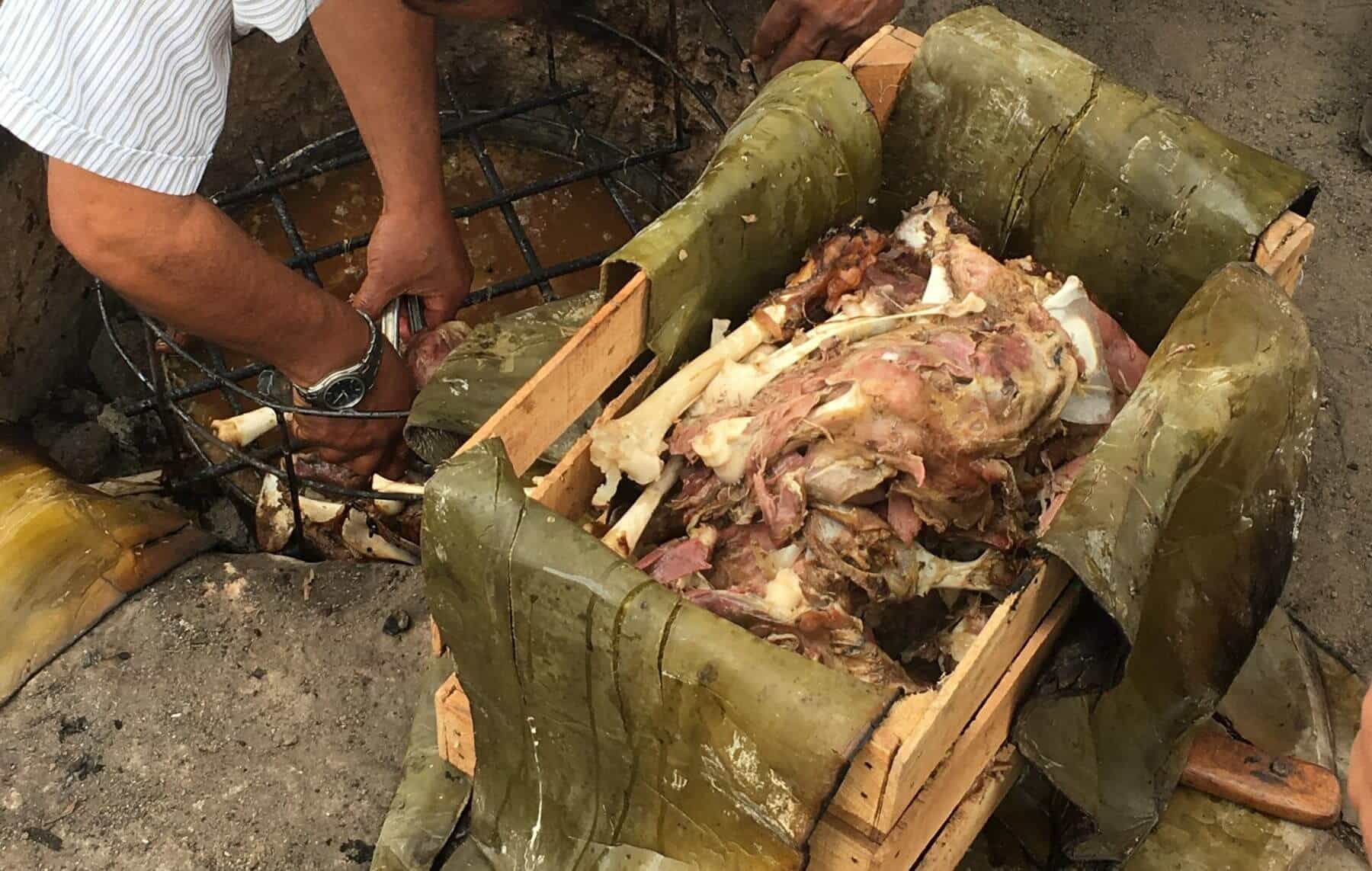 Barbacoa is a renowned traditional dish of Mexico. It is a steam cooked preparation of meat (usually sheep, goat or beef). An oven is dug into the earth which is lined with bricks. Wood is placed at the bottom of the oven and it is burnt until the oven becomes red hot. Meat is wrapped in magiey leaves and placed inside. It is topped with animals stomach stuffed with spices and chillies. The oven is covered with a metallic sheet and along with soil. Then it is left overnight. When uncovered, the meat is found perfectly cooked and the water turns into a delicious soup. 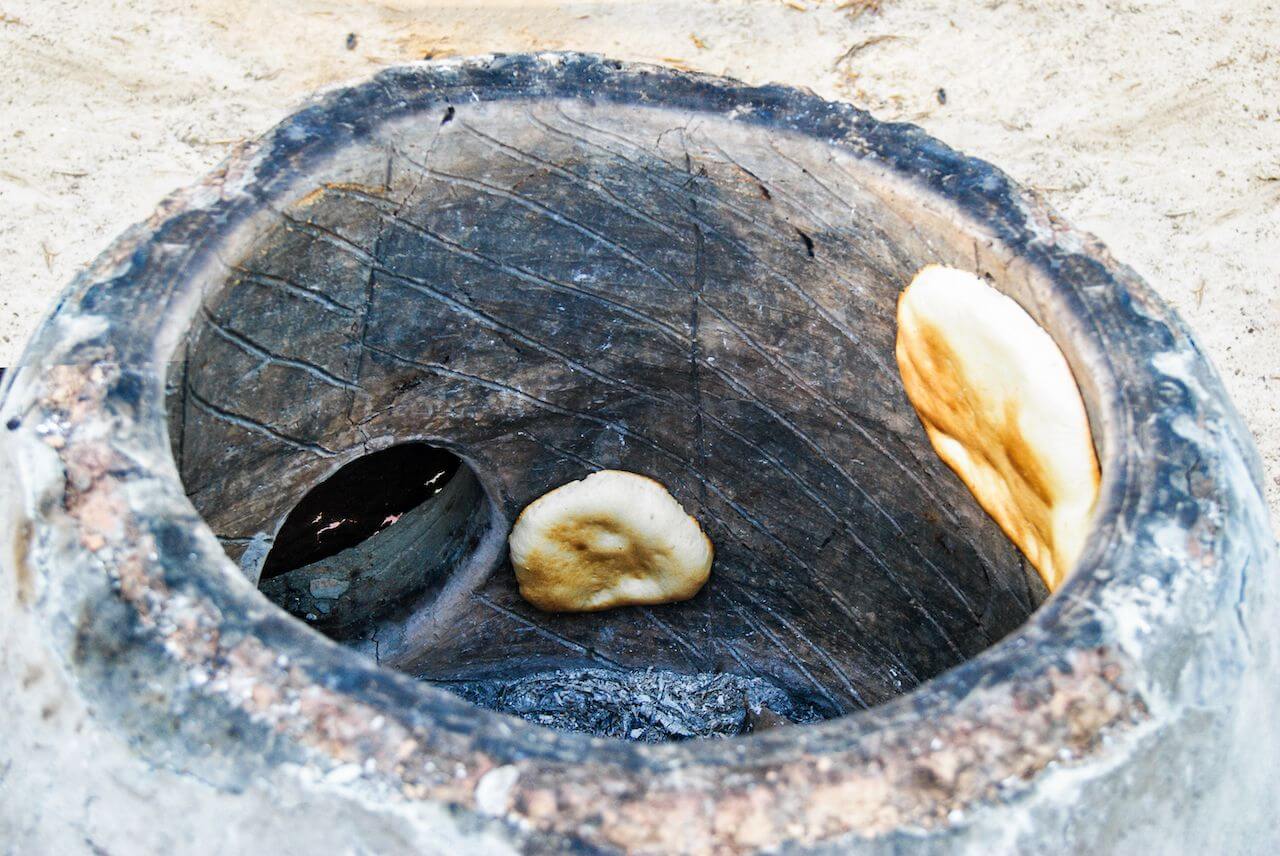 Tandoori is a famous chicken dish which is prepared by roasting marinated chicken in a cylindrical clay oven. The skin of the meat is removed before marinating. It originated from India and is popular in other parts of the world too. The raw chicken is marinated with yogurt and spices. It is then seasoned with cayenne pepper, red chilli powder and turmeric. The marinated chicken is then cooked in the tandoor oven. The oven is heated using charcoal or wood. This adds a smoky flavour to the dish. 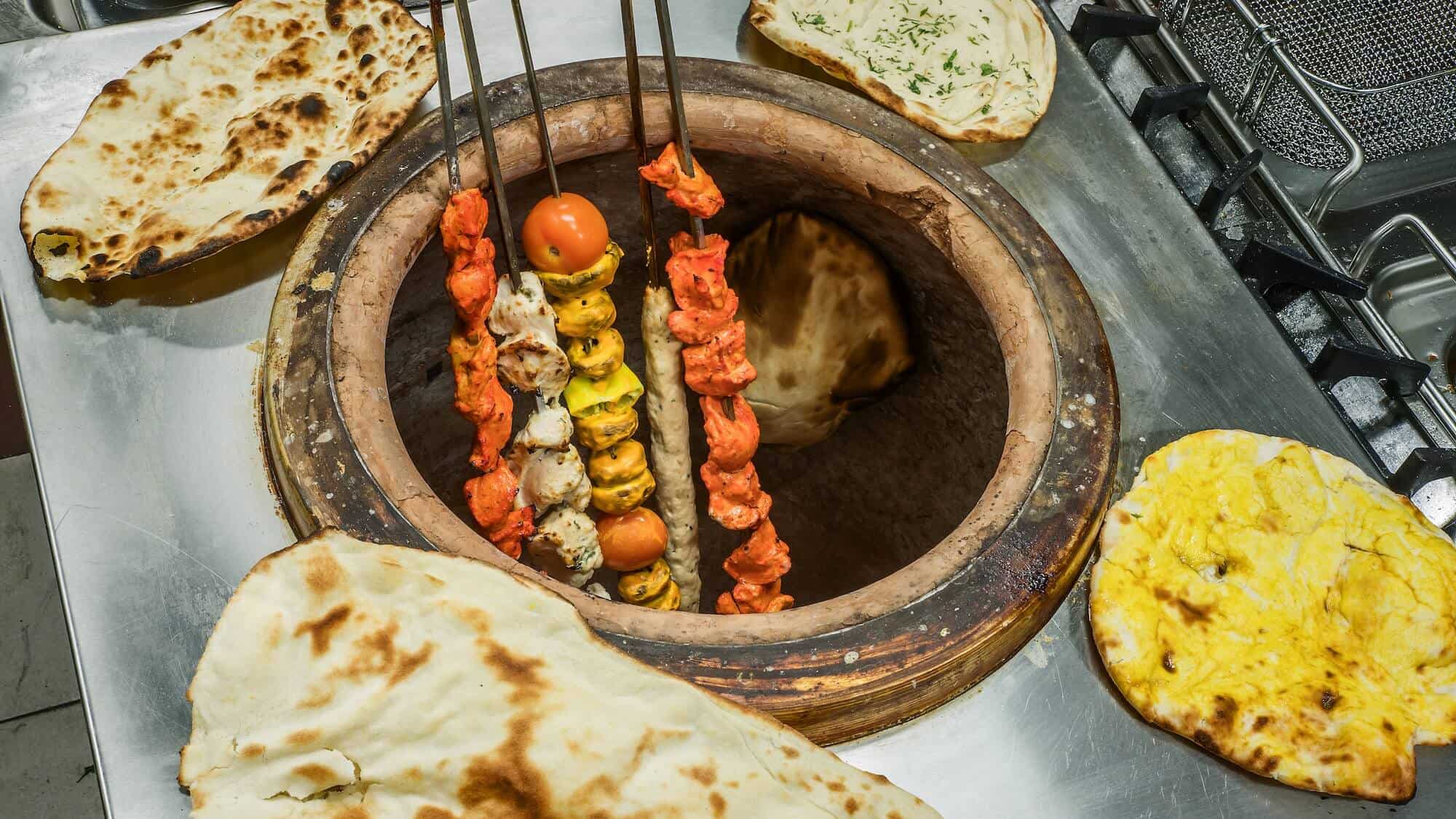 Hima’a is an underground oven which is used to prepare one of the popular traditional fest in Tahiti. It is prepared using an underground oven. The oven is filled with rocks which are heated. The meat is then placed in a basket women from banana leaves. This basket is placed over the hot rocks. The menu contains chicken fafa with coconut milk and spinach, fish, shrimp, lobster, suckling pig, banana, breadfruit, taro and yams.