Skip to Content
Home Technology Gadgets What Are Current Clamps Used For?

What Do We Know About a Current Clamp?

A current clamp is a highly beneficial electrical appliance used for gauging the current that flows through or within any conducting medium. The measurement gets done in amperes. The device comes with a pair of jaws. They can open up and hold onto or clamp a conductor during the quantification process. It allows it to calculate the current flow and display the evaluations or readings immediately. The instrument is also called a current probe or a current meter.

A current clamp gets used to appraise and determine the magnitude of the current flowing through a conductor. It gets done in terms of the number of amperes. Generally, the device computes the alternating current (AC) that moves within the conducting medium. Nonetheless, a few distinctive and unique current clamps exist. They can assess the magnitude or value of the direct current (DC) instead.

A current clamp also has the ability and capability to measure the phase and waveform of the flowing current. It is possible when the instrument works together with a few specific devices.

What are the Different and Distinct Applications of a Current Clamp?

A current clamp proves highly beneficial in particular cases. For instance, it gets used frequently when the live power supply to a specific device or conductor cannot get cut off. It may be due to the unfeasibility of the scenario or some circumstances that make it impossible to do so.

Nevertheless, a current clamp works in those scenarios as well. It implies that the instrument is safe for use even when a device remains active and receives a direct and continuous current flow and supply.

A current clamp can get used across various sectors, fields, and domains due to its advantageous features. It can get associated with various electrical, commercial, residential, and industrial appliances. A few common and notable uses of the current clamp consist of the following:

How Does a Current Clamp Differ from a Multimeter? 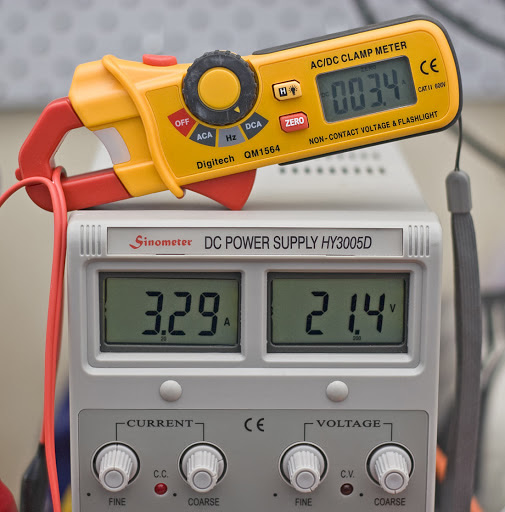 Unlike popular belief, a current clamp and a multimeter have significant differences. The confusion may arise due to the resemblance in the functioning of the two devices. Nevertheless, a few specific distinctions set them apart lucidly.

A few points of difference between a multimeter and a current clamp consist of the following:

A current clamp comes with protrusions that resemble jaws. They get wound around the conducting medium like a wire, pipe, etc. This component remains absent in a multimeter.

The jaws of a current clamp allow for measurements without direct contact with the conductor. It measures the ampere reading and shows the final results on the display screen. In addition to that, a current clamp may possess connecting probes. They permit the instrument to accommodate various measurements and operate similarly to a multimeter.

A multimeter has a dial and a display. It allows for setting the ranging to either manual or automatic. Furthermore, it has a selector knob to measure resistance, voltage, and current. A few advanced models can also compute capacitance, frequency, transistor tests, and other parameters. The probe aids in calculating varying voltage and current values or magnitudes.

A current clamp measures the amperes while the conducting medium or electrical appliance has access or remains connected to a live power supply. Thus, it can get operated with active instruments. In other words, it can work while the devices remain in their useable and operational form.

However, a multimeter cannot do so. It requires the power supply to get cut off before starting the measurement process. Otherwise, the computation procedure can result in severe safety and hazard issues.

A clamp meter gauges the alternating current value passing through a conducting medium. It uses the electromagnetic induction principle, where a magnetic field gets created within the conductor when a current flows through it. It gives the corresponding ampere reading and value. Nonetheless, a modern current clamp has features to assess other parameters.

A multimeter, on the other hand, can compute various parameters. It consists of the voltage, frequency, resistance, capacitance, temperature, direct current, and alternating current. 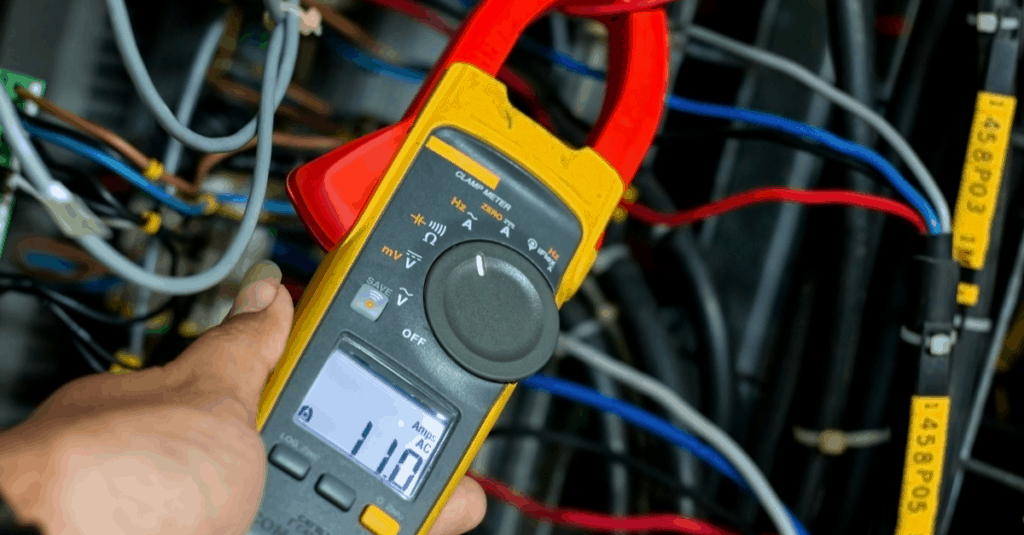 A current clamp gives exceedingly accurate results, having only about 2% discrepancy. Some specialty models can reduce them to as low as 0.5%. It stands true for current reading values up to approximately 600 A.

A multimeter also gives precise results. However, its inaccuracy stands at about 3%.

A current clamp has a higher usage safety than a multimeter, even though the former operates when the conducting medium remains connected to an active power supply. It can get owed to the instrument’s non-contact functioning mode.

However, a multimeter has to get used by connecting the probes at two specific points or areas on the circuit. They have a high voltage passing to them. Thus, direct contact can prove hazardous. For that reason, the power supply has to get cut off before the device can get used.