Sports aren’t for everyone. Some people simply don’t enjoy getting hot and sweaty while others feel they lack the physical ability to compete in a sport of any type. This doesn’t mean these people can’t enjoy this type of activity, however. There are numerous sports a person may not be familiar with that they would truly like taking part in. Following are seven sports every person should be aware of. 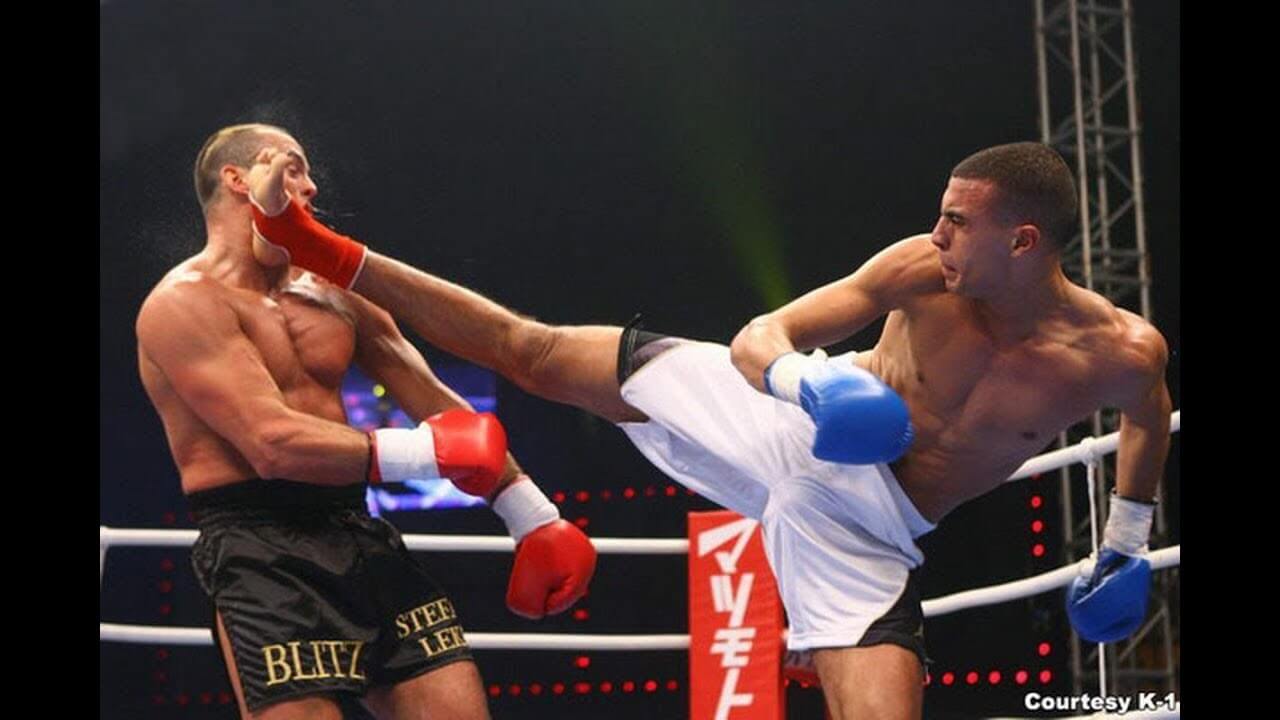 Try a kickboxing class and you just might fall in love with this sport. Many look at this activity as a mix between boxing and karate and it’s a great way to get a workout, as the entire body is used in the sport. Developed in Japan in the 1950s, people across the globe now engage in this physical activity for a variety of reasons. Some choose to take kickboxing for self-defense purposes, others do so to lose weight, and many do it simply for fun. Regardless of why one chooses to try this sport, they find it to be an enjoyable way to spend their free time. 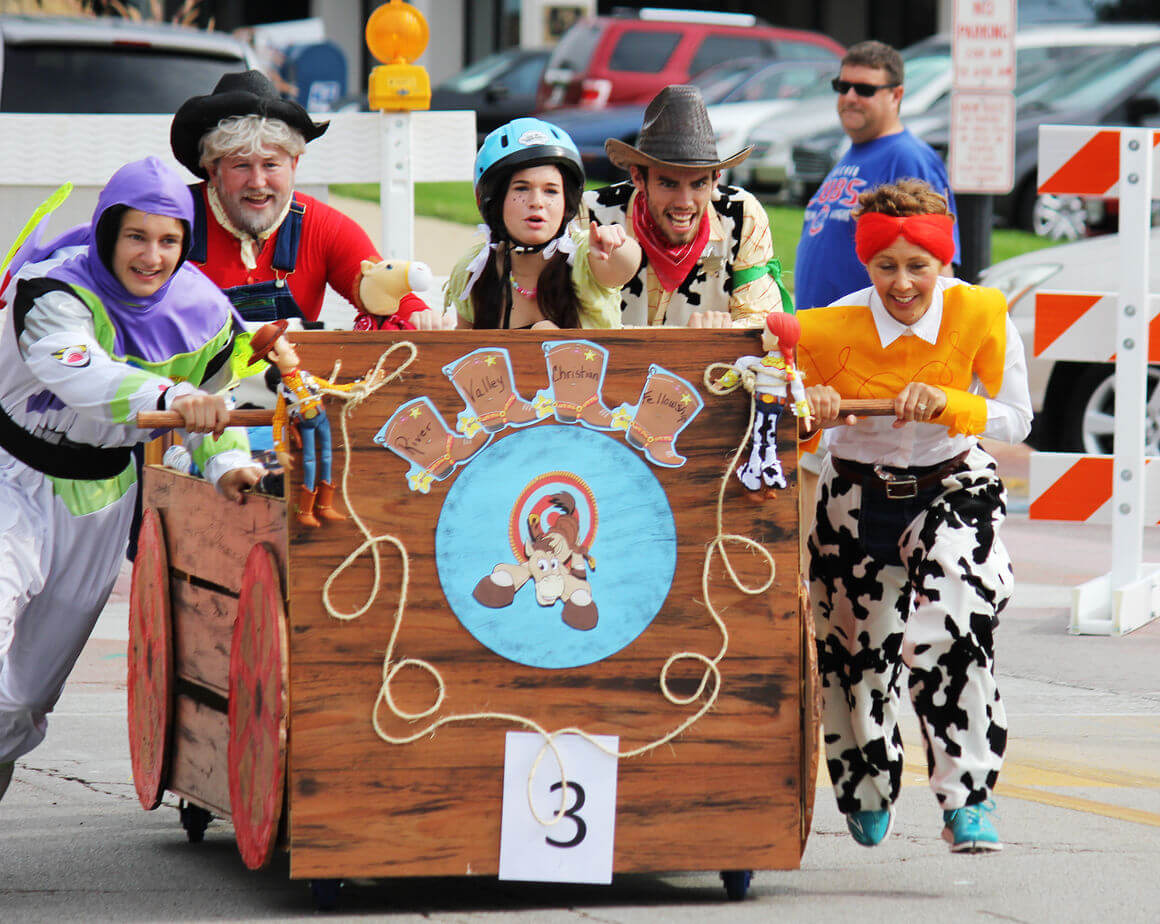 Visit the North Yorkshire town of Knaresborough and you may be able to see bed racing in person. First introduced in 1965, teams of five pull one person on a bed in the race. Each bed is decorated in accordance with the yearly theme, and the bed has four wheels to help it move. However, one of the requirements of participating in the contestants must ensure the bed can also float. The 3km race states and finishes at Conyngham Hall and contestants must make the climb to Castle Top before coming back down to cross and river and successfully complete the event. 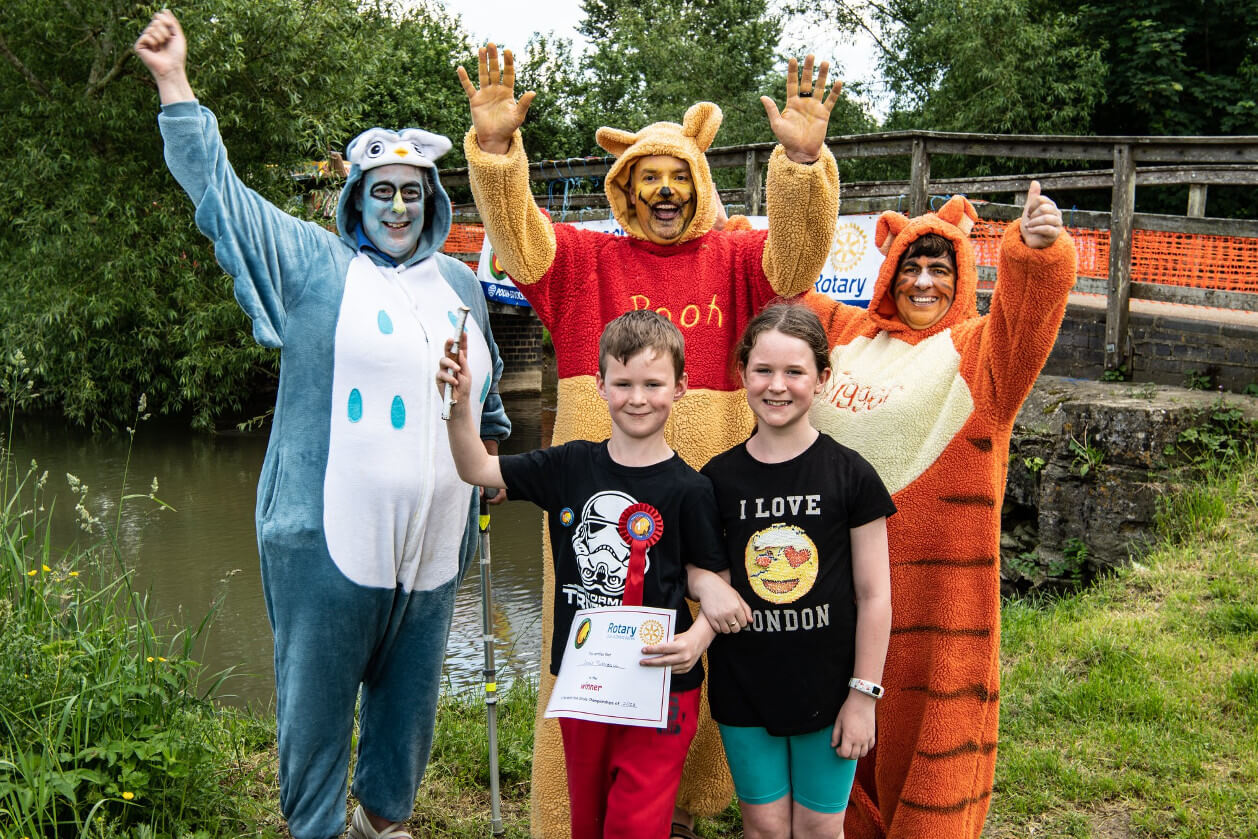 Anyone who loves Winnie the Pooh is likely familiar with Poohsticks. This game involves nothing more than dropping sticks into running water to see which stick makes it downstream first. Pooh and his friends would play this game when they wanted something to do and readers took note. Now, the sport has become popular, and there is even a World Poohsticks Championship, although it has been announced that the game won’t take place in 2019. The hope is that it will return next year and spectators will be able to see the contestants take part, many in a costume depicting their favorite character from these beloved children’s books. 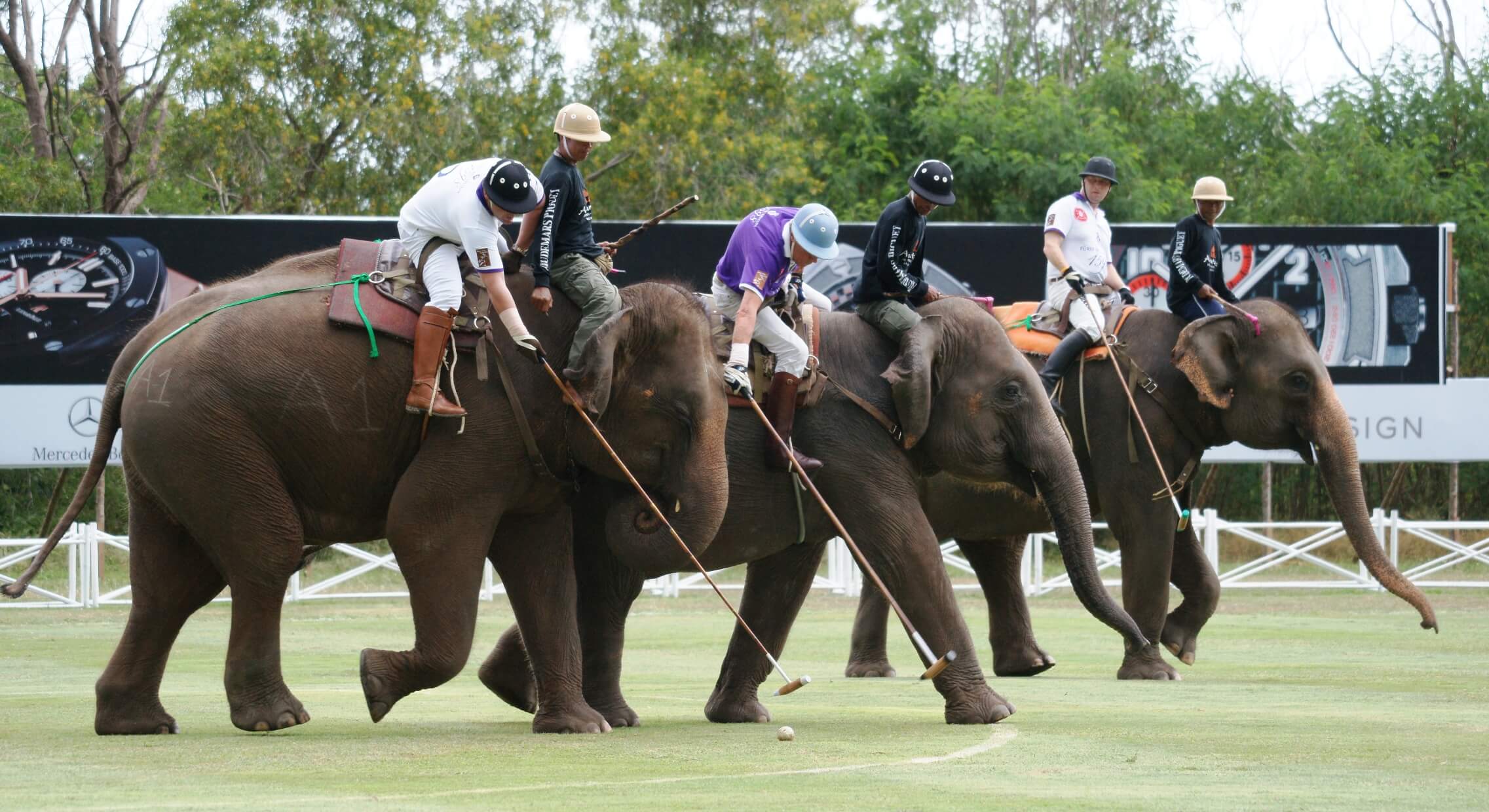 Certain individuals find polo isn’t to their liking. However, put the players on elephants rather than horses and change the game up completely. Commonly played in the East, this sport has been around since the early 1980s and a tournament is held each year in Megauly. While the rules are very similar to those seen in regular polo, one major difference is seen. The elephants are prohibited from picking up the ball with their trunk during a match, which can be an issue in some cases. However, spectators will find they enjoy this unusual sport simply because it is unlike anything they have seen before. Fortunately, the elephants who take part in these matches are rewarded with treats for their play out on the field. 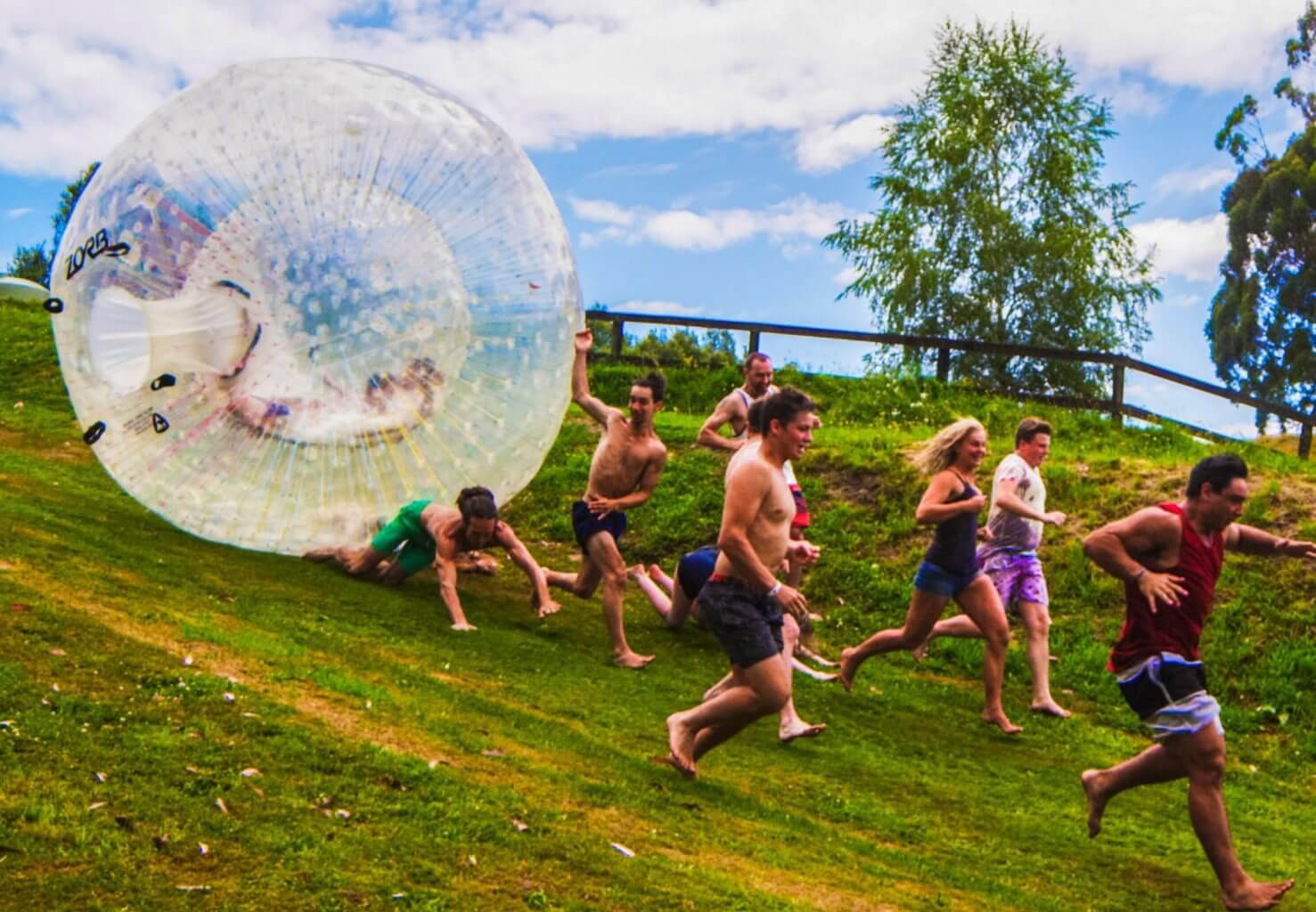 An orb is a giant ball typically made from see-through plastic. Zorbing involves placing a human inside this ball and then rolling him or her down a hill or on a level surface. Most people prefer to engage in this activity on a gentle slope. However, the level surface provides the participant with more control over the orb. While it can be considered an extreme sport in certain situations, many people find they enjoy taking part as it can be done in a variety of places, depending on the comfort level and skill of the rider. In fact, more places are now offering zorbing because they realize people often want to give it a try and see what they think for themselves. 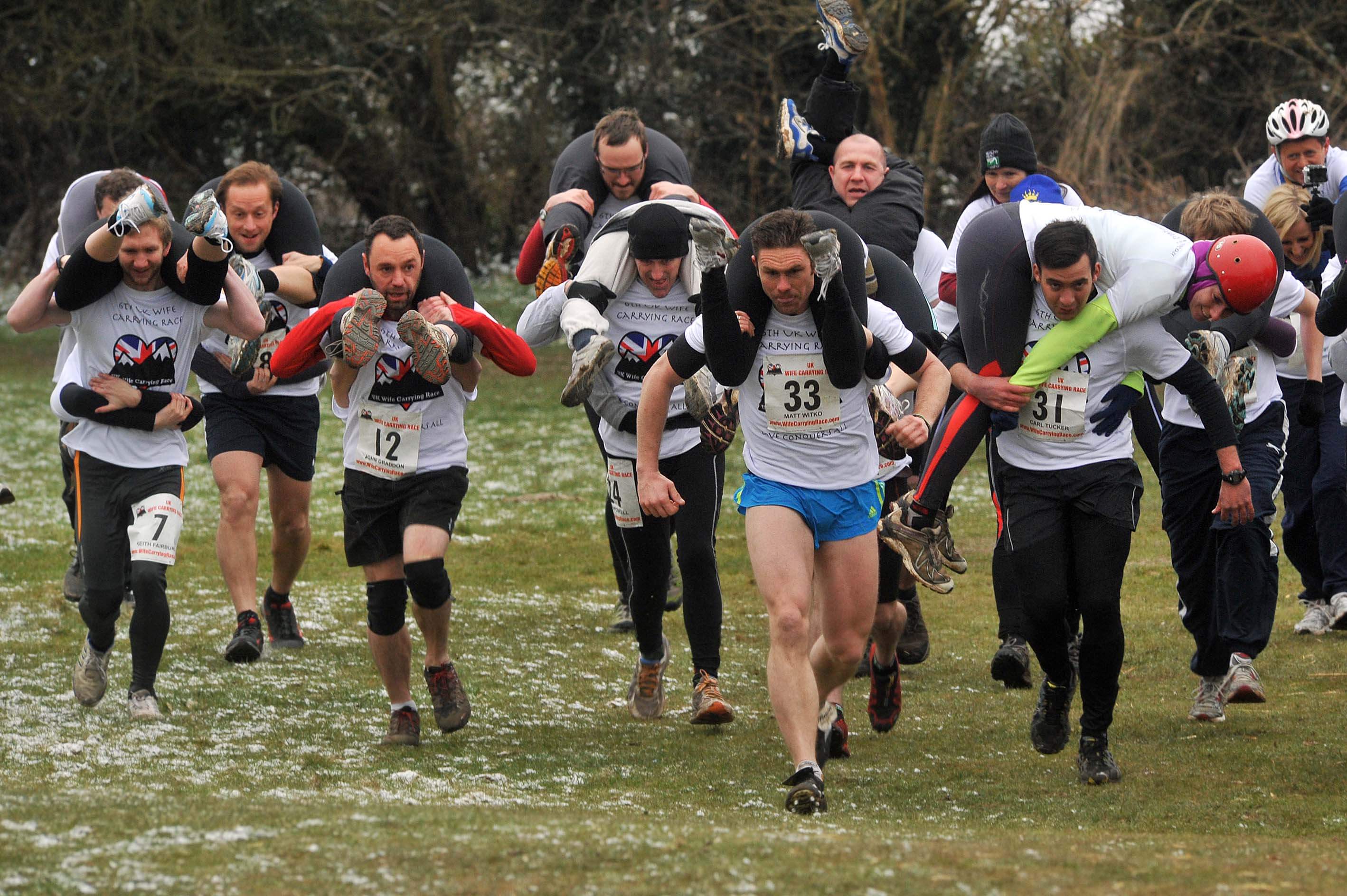 While some women may find this sport to be offensive, others say it is highly entertaining. The sport is exactly what the name suggests. A man picks up his wife and carries her through an obstacle course. He can use any carrying method he chooses so long as she is upside down and her legs are over his shoulder. Whoever wins the competition gets to take home the wife’s weight in beer, which both partners can then share with whomever they please. Everyone enjoys these events and eagerly waits to see who will get to take home this unique prize. Nevertheless, both parties should be in agreement rather than the man simply picking up his wife and taking her on the adventure without her permission. 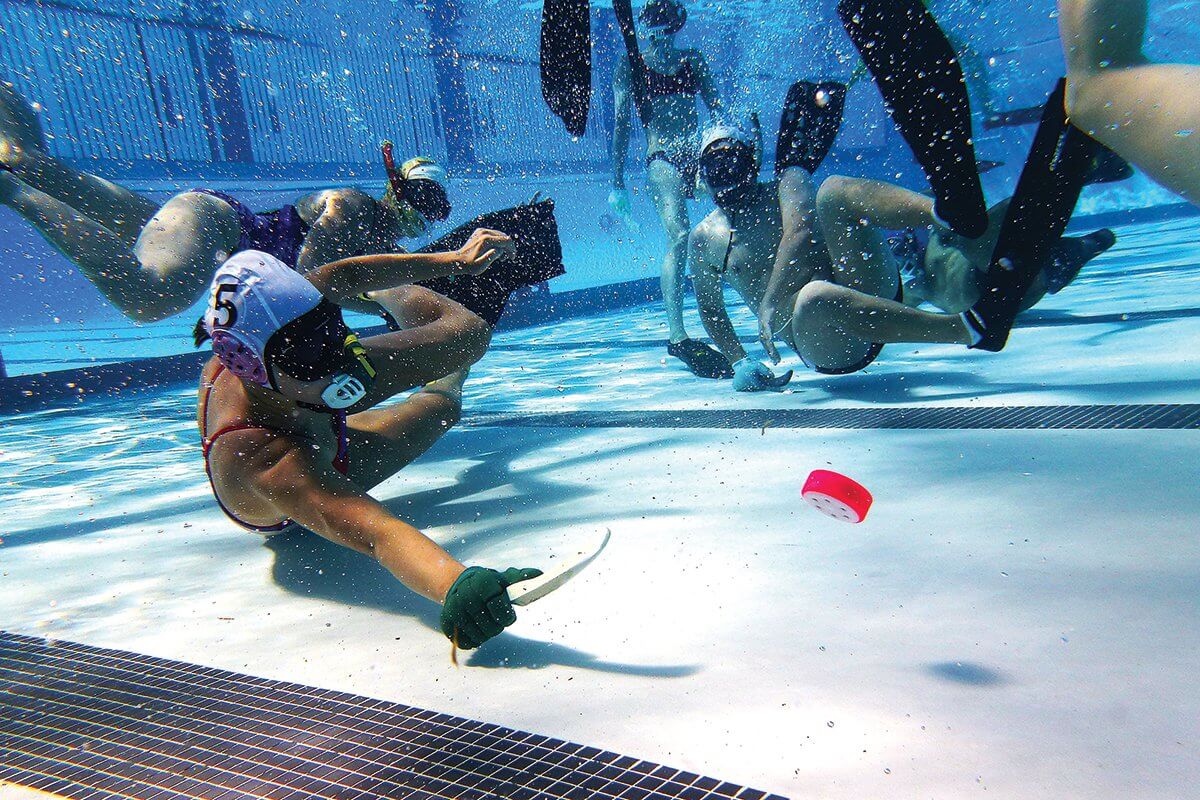 People who lack the ability to skate may find they aren’t huge fans of hockey. However, underwater hockey is a completely different ball game. Also known as octopush, this game was first played in England back in 1954, and people across the globe now take part in it regularly. Each player wears a diving mask, snorkel, fins, and a swimsuit. They then put on a cap and gloves and hit the water.

The main difference between traditional hockey and underwater hockey is the size of the stick. In the underwater sport, the stick is short and only requires the use of one hand. A puck is used but body checking is prohibited. This is the reason why many prefer the underwater version, as there is less violence in the sport.

If you are not a huge fan of sports, it may be simply because you have not found one you can truly enjoy. Nevertheless, with many unique sports taking place across the globe, it’s only a matter of time before each person gets behind an activity they really love watching and/or taking part in. Don’t give up. Keep looking until you find this sport, as you could be missing out on a great deal of fun just because you aren’t aware of what is out there. These are only a few of the unusual sports to check out today, and there are countless more.