It’s no secret that the Burj Khalifa is one of the the world’s tallest buildings. It stands at 828 meters (2715 feet) tall. It was designed by Adrian Smith + Gordon Gill Architecture. It is located in Dubai, United Arab Emirates. In terms of free-standing structures, it is currently the highest in the world.

In order to garner more attention, a Dubai-based architect has proposed a concept to revamp the city’s skyline. As part of its plan for the Downtown Circle, Znera Space proposes a giant ring-like structure around Burj Khalifa, the world’s tallest free-standing structure.

What is Downtown Circle Project?

The “Burj Khalifa” would be the world’s largest skyscraper, according to a concept revealed by architecture firm Znera Space. An encircling 550-meter-tall ring will be built around the Burj Khalifa as part of the Downtown Circle project.

It is believed that by designing this project, the designers will challenge the idea of traditional gated communities and tower residences. In addition to being self-sufficient, it is also intended to be sustainable.

In addition to renderings, the firm has shared images of the stated concept, which is planned to encompass all of Downtown Dubai within a three-kilometer radius.

In accordance with The National News, the entire ring will be divided into smaller units containing homes as well as public, commercial and cultural amenities.

As part of its response, Znera Space also discussed how Downtown Circle will be built sustainably. As far as the firm is concerned, it will consist of a single mega-building complex. In addition to enhancing urban efficiency, it will benefit the environment as well.

There are five levels in The Downtown Circle and it stands on five pillars that are set into the ground and are built at different heights. As part of the massive expansion, the circuit has been designed to include two main rings, connected by a continuous green belt, called the Skypark, that wraps around the entire circuit.

Taking a Step Toward Sustainability 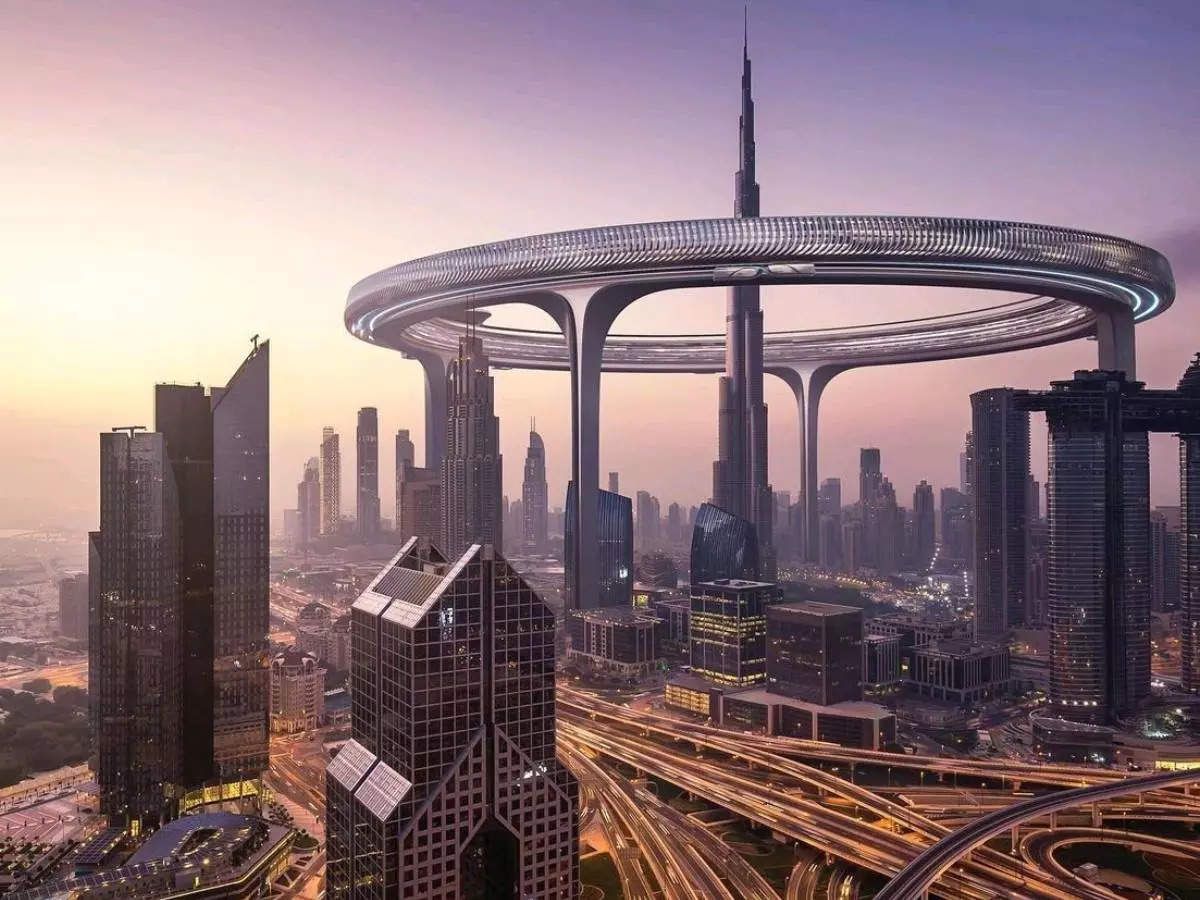 The idea of ​​creating a downtown circle came during the pandemic. The idea was considered to change the way people live in cities and how they live in high-rise buildings.

As part of the project, the firm plans to build a Skypark. The interior of the building aims to recreate various natural scenes and clients. There is going to be a difference between the experience of visitors and residents. Inside the Skypark, there are supposed to be a wide variety of plants, dunes, canyons, waterfalls, and digital caves.

It was during the COVID-19 pandemic that the founders of Downtown Circle thought of their futuristic plan. The gorgeous and futuristic concept was created by Najmus Chowdry and Nils Remess, co-founders of Znera Space. The work of Znera Space is often focused on experimental architecture that challenges social and environmental limits.

In order to support Downtown Circle, five towers or columns would stand 500 meters high. A continuous green belt called the Skypark would separate the two main rings that make up the circle itself.

According to Znera Space, “Passengers are shuttled between nodes in the Downtown circle in pairs of peripheral pods.”. In order to reach their destination, passengers travel through a network of rails at the bottom tier.”

As soon as the project is approved, the skyline of Dubai will undoubtedly change.