The area is famous for its entertainment, music and movies, beaches, theme-park and the warm and cozy weather all year round. Witness the best tourist places to visit in Los Angeles for 2020 at Live Enhanced. 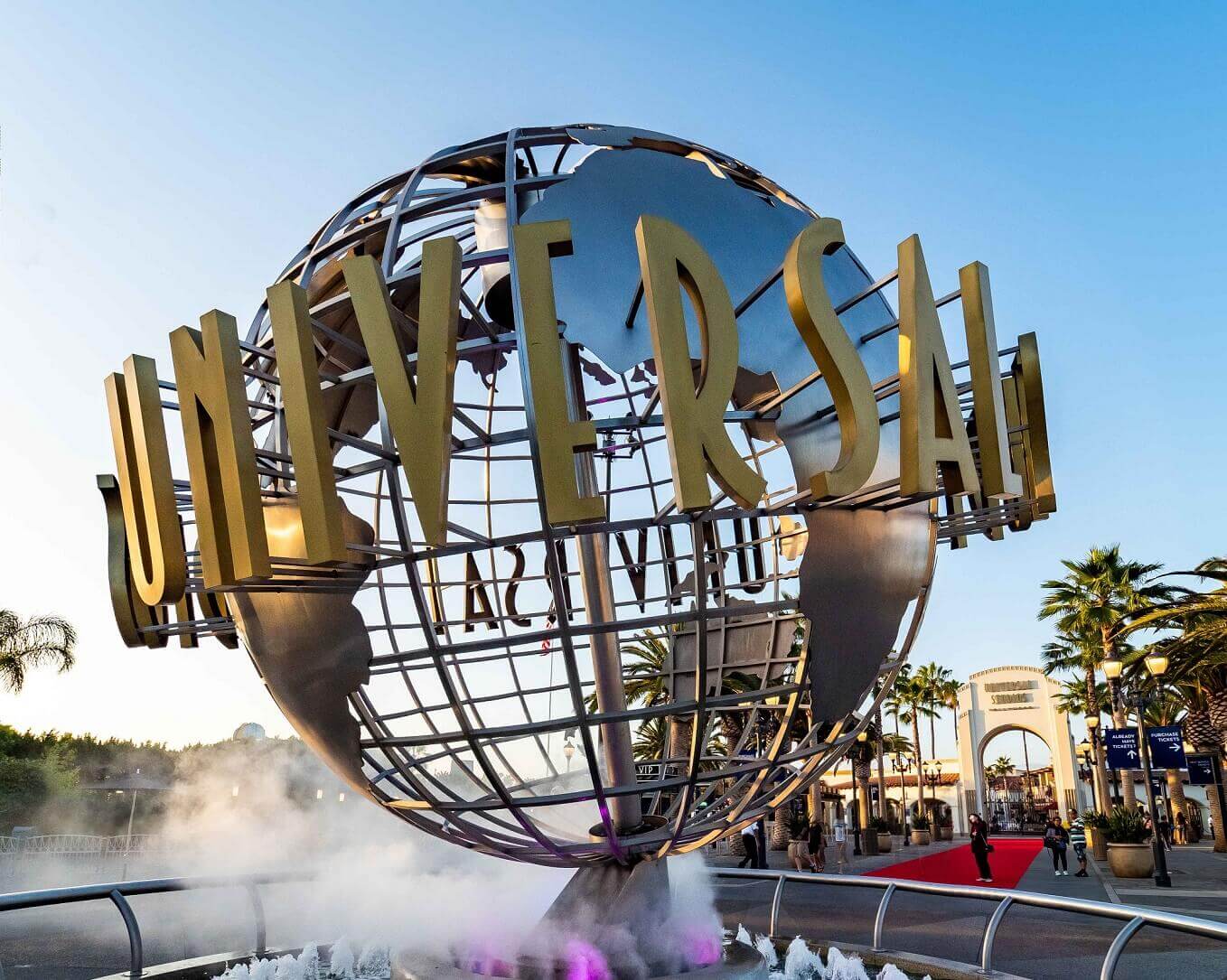 Universal Studio is the film studio and theme park located in the San Fernando Valley, it was formed in 1915 and later on the theme park was developed in 1964. The best attractions of the park include Walking Dead, Raptor Encounter, Jurassic Park ride, Dino Play, etc. which will give you the mesmerizing experience of a lifetime. 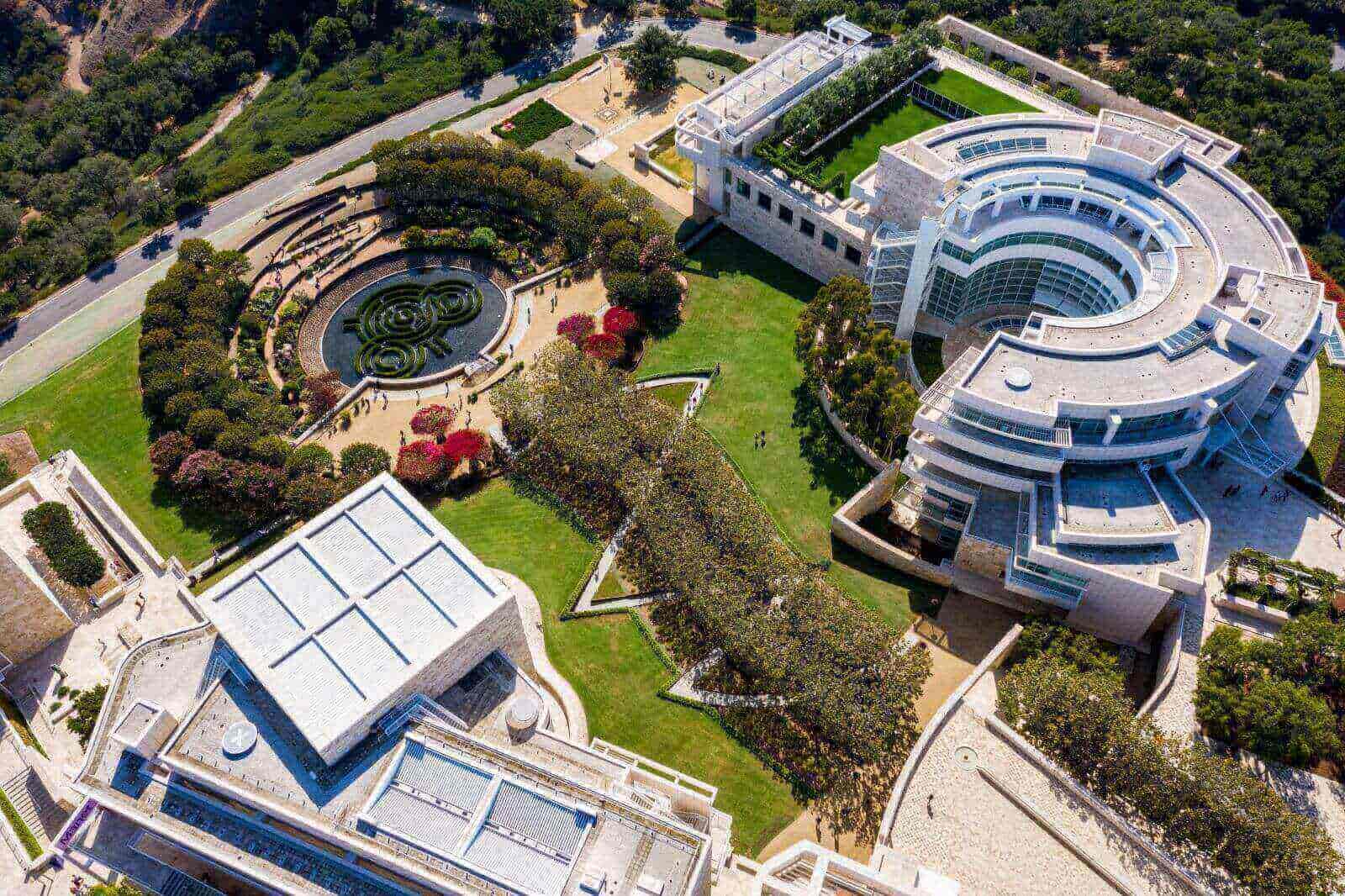 The Getty Center was developed by the Getty Trust in Los Angeles and was opened for the public in 1997. The building is one of the biggest museums across the world and the galleries are filled with the ancient artwork of 17th-century baroque art and many more. It is also famous for the picnic lunches and free Friday night concerts; in short, it is a complete package to visit with family. 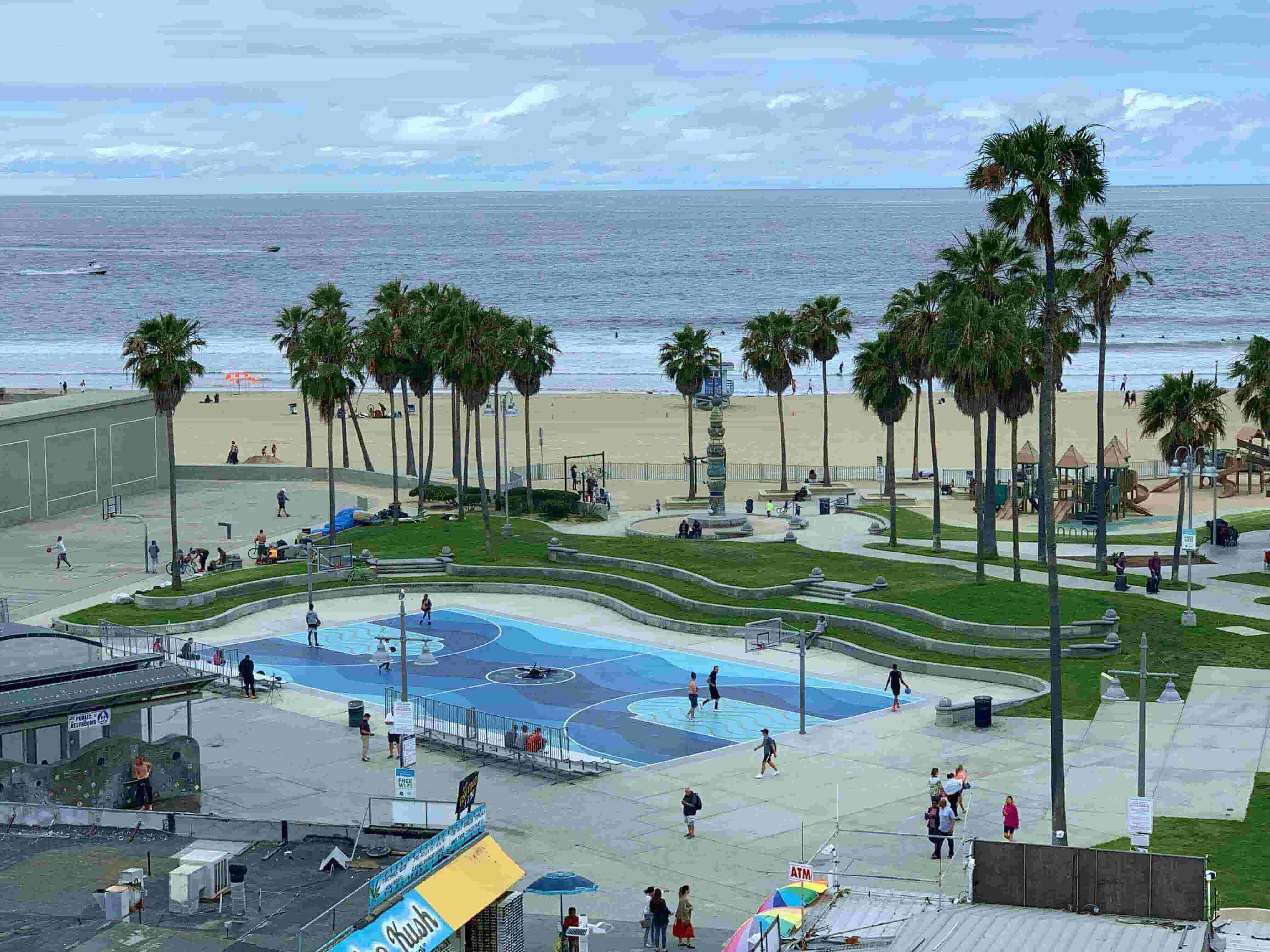 Venice Beach is one of the busiest beaches of Los Angeles as it is the home of the bohemian style culture and it is the most attractive thing about the Beach. The famous things around the beach include enjoying the locals performing some art and the sports played around the beach. The tourist pleasures also include skating plaza, volleyball court, etc. 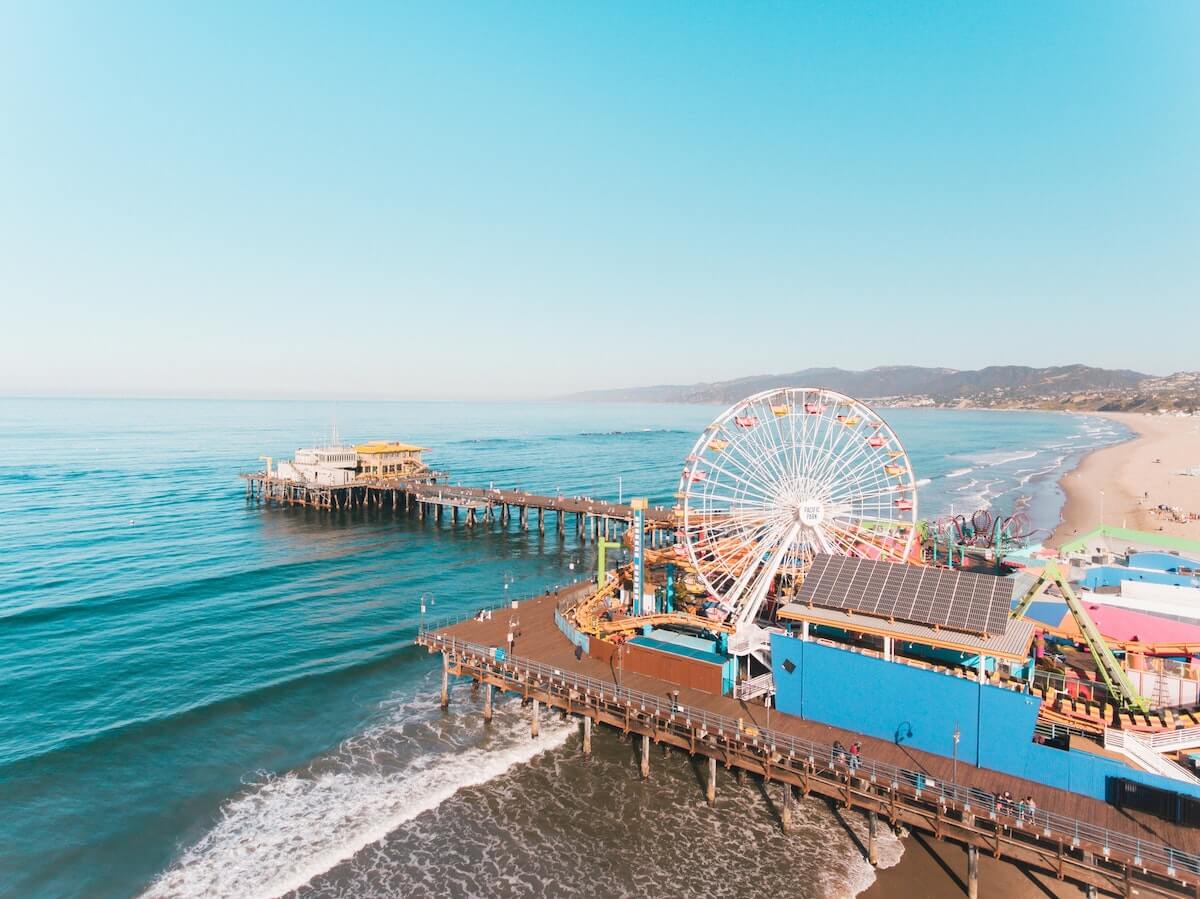 It is the platform formed upon the pillars built on the shore of the Pacific Ocean. It is an Amusement Pier located in California built in the year 1909. The main reason to build the pier was to carry the sewer pipes. This beachfront city next to LA is famous for its iconic Ferris wheel and variety of other experiences such as vintage stores and street performance. 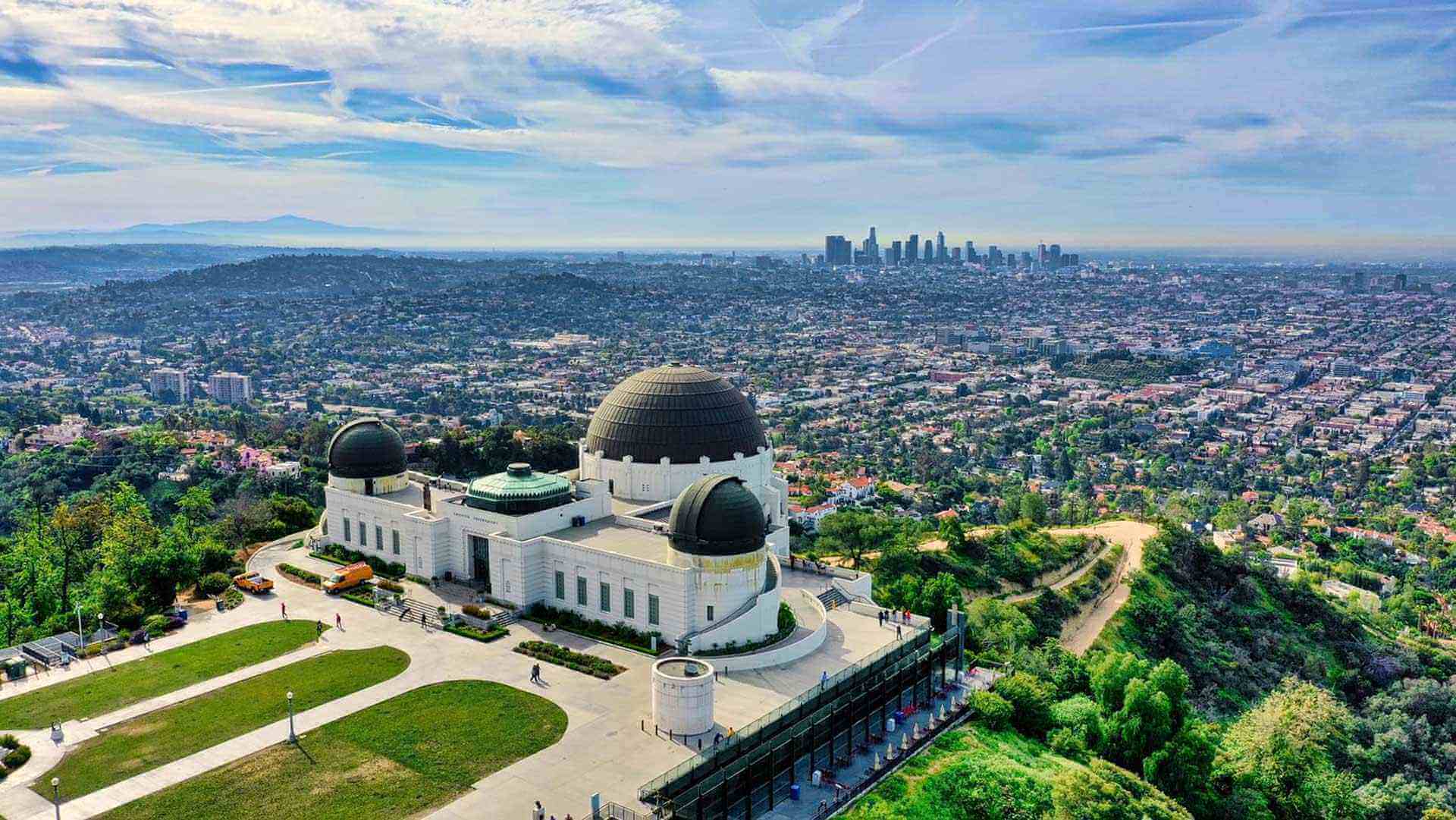 Situated on the eastern side of Santa Monica Mountains, Griffith Park is the largest state park in California covering about 4210 acres of land. This place is home to 1984 Olympics games, Los Angeles zoo and many other attractions. It also includes Griffith observatory which is an experienced-based attraction and best place for the tourists to have numerous experiences. 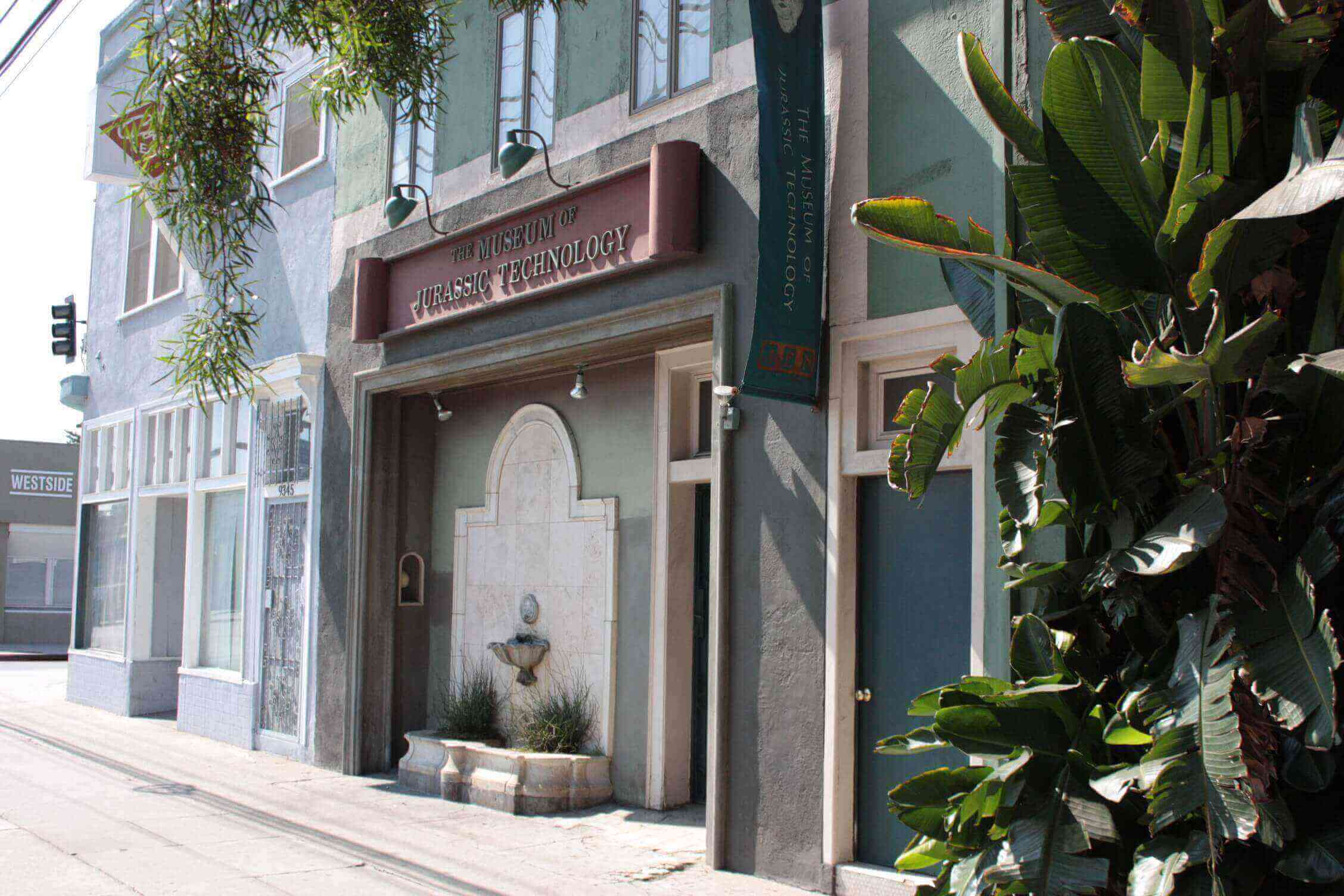 The Jurassic technology museum is much more than just dinosaurs and includes many attractions including the bat that can fly through walls. It features various unusual sights and includes tiny sculptures. The place is famous for its exceptional work that realistically combines science and fiction and is one of the famous tourist attractions in LA. 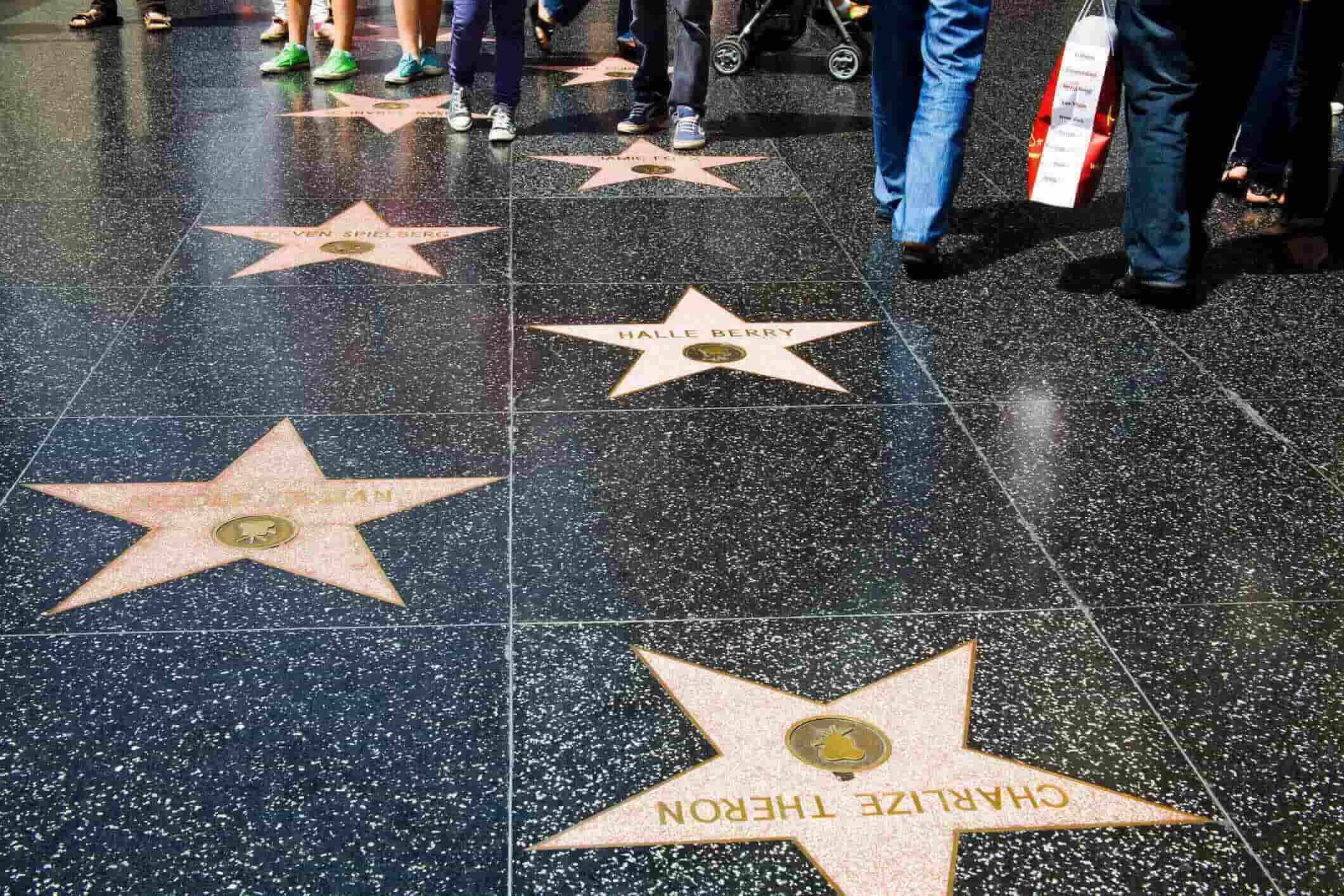 The Hollywood walk of fame is the most popular tourist place in LA. You can witness the names of famous celebrities whose names are written in gold amidst the pink terrazzo. These celebs passed by this area in many events be it the premiers, ceremonies, and galas. You can also visit the Chinese theater at this place. 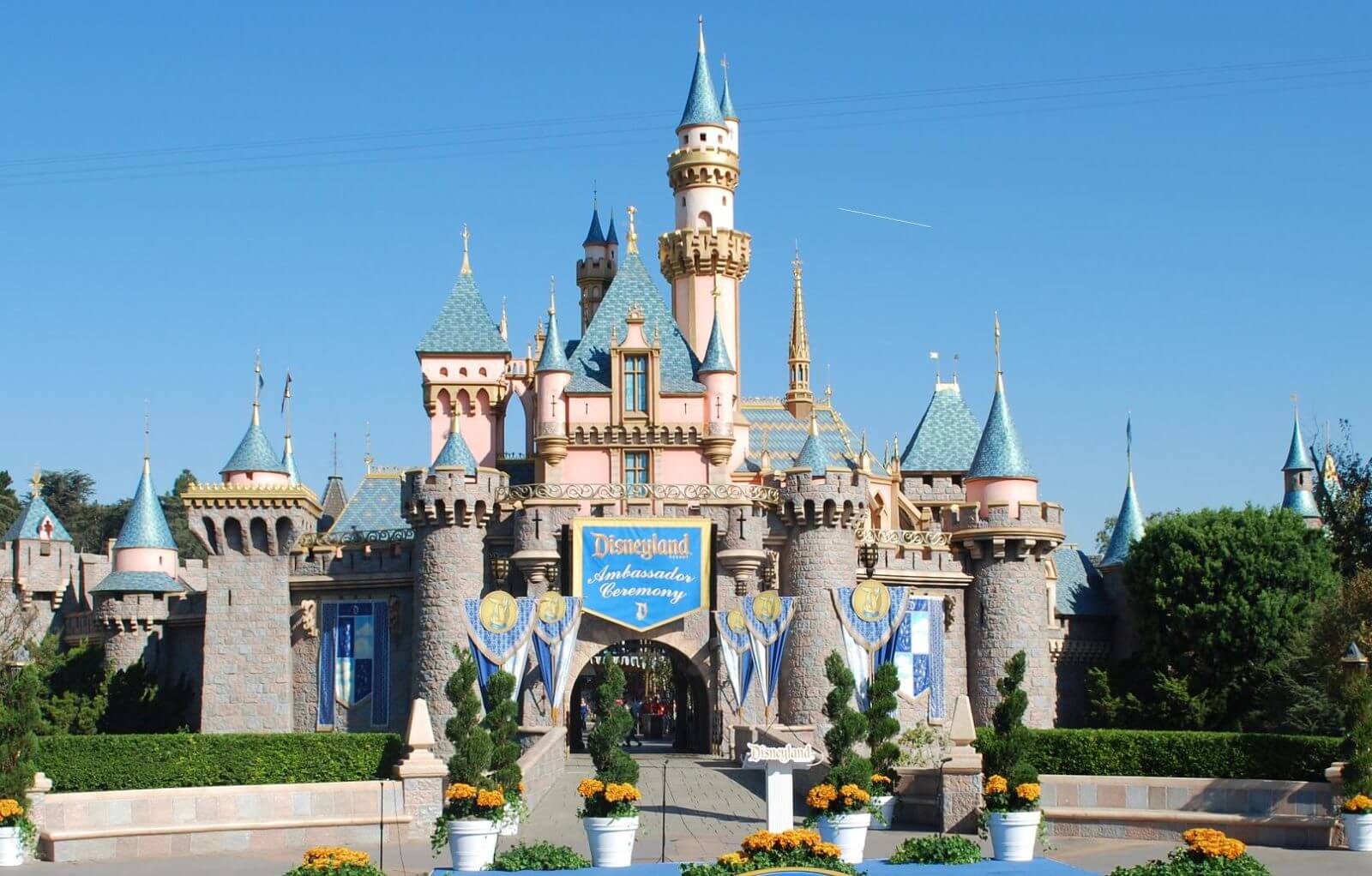 Disneyland has been welcoming tourists since the 1950s and is one of the premier family vacation places in LA. Disneyland allows visitors to witness historic theme parks along with different rides. This place also incorporated the majestic Disneyland California adventure theme park during its expansion and it has huge seven lands that feature various movie themes. The place also offers various entertainment options along with resorts and shopping. 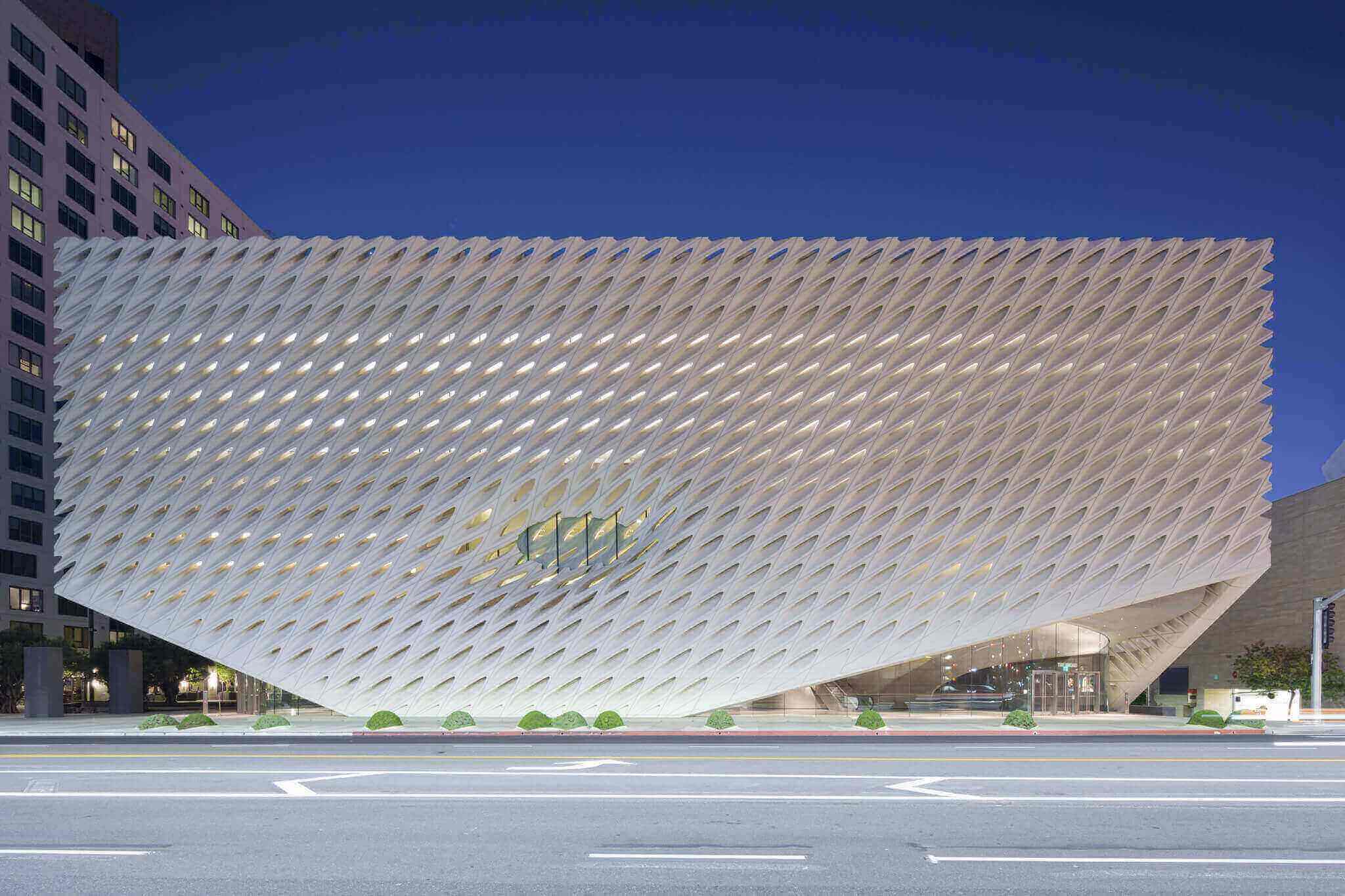 The Broad is a museum that was kept open for the public in 2015 and immediately achieved overwhelming success. The museum features more than 2000 pieces of art that particularly has a contemporary and post-war theme. The museum is famous for its art collection as well as outstanding architecture.

Related Post  Todi: One Of The Most Beautiful Places in Umbria 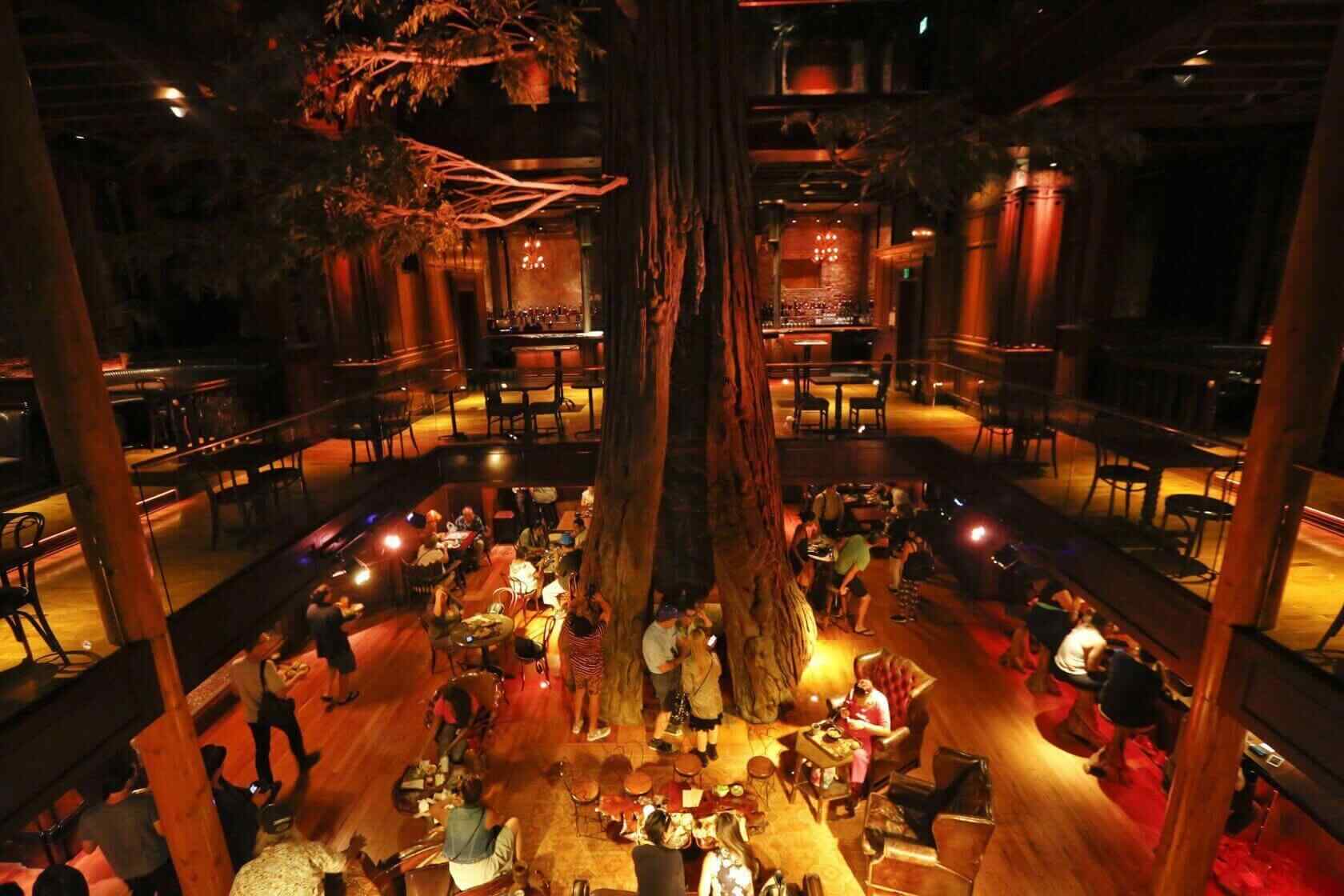 Located in the heart of LA, California, Clifton’s Republic carries a long history and has become one of the huge downtown eateries. This is a heavenly place where you can get the most exquisite view of the cafeteria with good food and exotic drinks. The building features five stories that include the pacific seas Tiki bar, a cafeteria and Redwoods theme bar which is a treat to visit.