Apple finished its product launch a few days earlier this year with the release of the M1 chip for its Macs. We did not see any groundbreaking or exclusive Apple products this time around though recent sources indicate that Apple already is preparing a foldable iPhone.

According to the article posted in the Chinese newspaper Economic Daily, Apple is said to be checking both the screen and the hinges. Apple has recently asked its vendors to produce prototypes of folding iPhone models. Chinese media sources say that the California-based technology company plans to unleash a foldable iPhone in 2022, and has started researching how it looks. Samsung is probably to supply the bendable display, while New Nikko will produce the frame for the very first foldable iPhone. 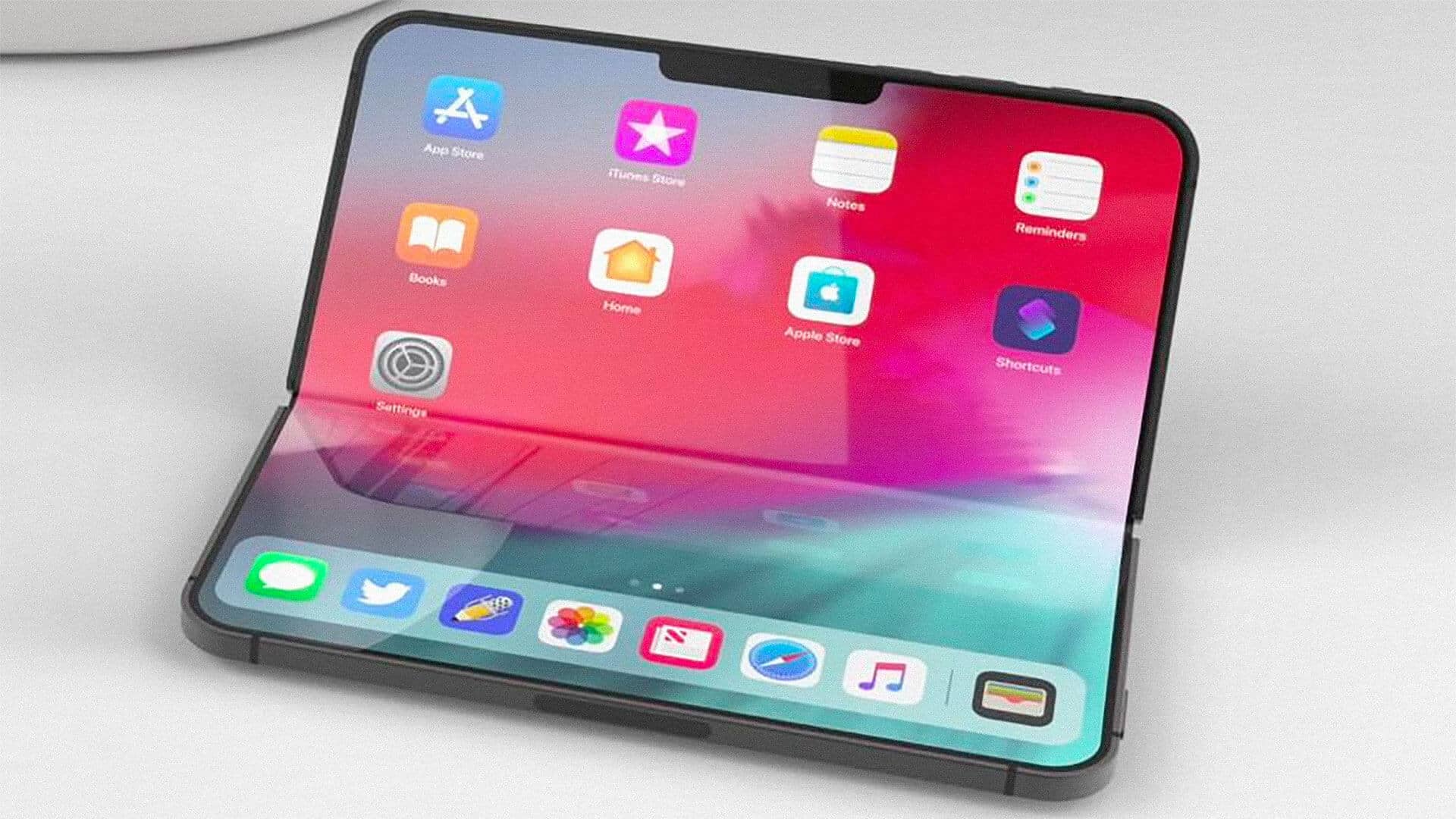 Apple has requested its long-standing supplier Foxconn and New Nikko to submit prototypes of the folding screen. Foxconn is going to take control of the assembly, the article said. Along with the screen, the organization also requested the vendors to evaluate the hinges, checking it for more than 1 lakh period of usage over its lifespan, said 9to5Mac, quoting the Chinese news source Economic Daily.

The business plans to place perhaps an OLED display or a microLED screen on the folded iPhone. MicroLED panels are lighter, smaller, less volatile, and more robust than OLED screens that have been progressively used by several exciting gadgets. However, the current standard is complicated to use, and still, it has not determined what else to go. In the past, the amount of folded trials for laptop bends was around 20,000 to 30,000, and 50,000 for laptops with better standards.

The company filed a patent for its luxury devices with a screen that can be ‘opened and closed like a book’ in 2017. The article suggests that the design of the upcoming new iPhone seems to be two different phones. While the patent notices state that the system will have a single folding display screen. 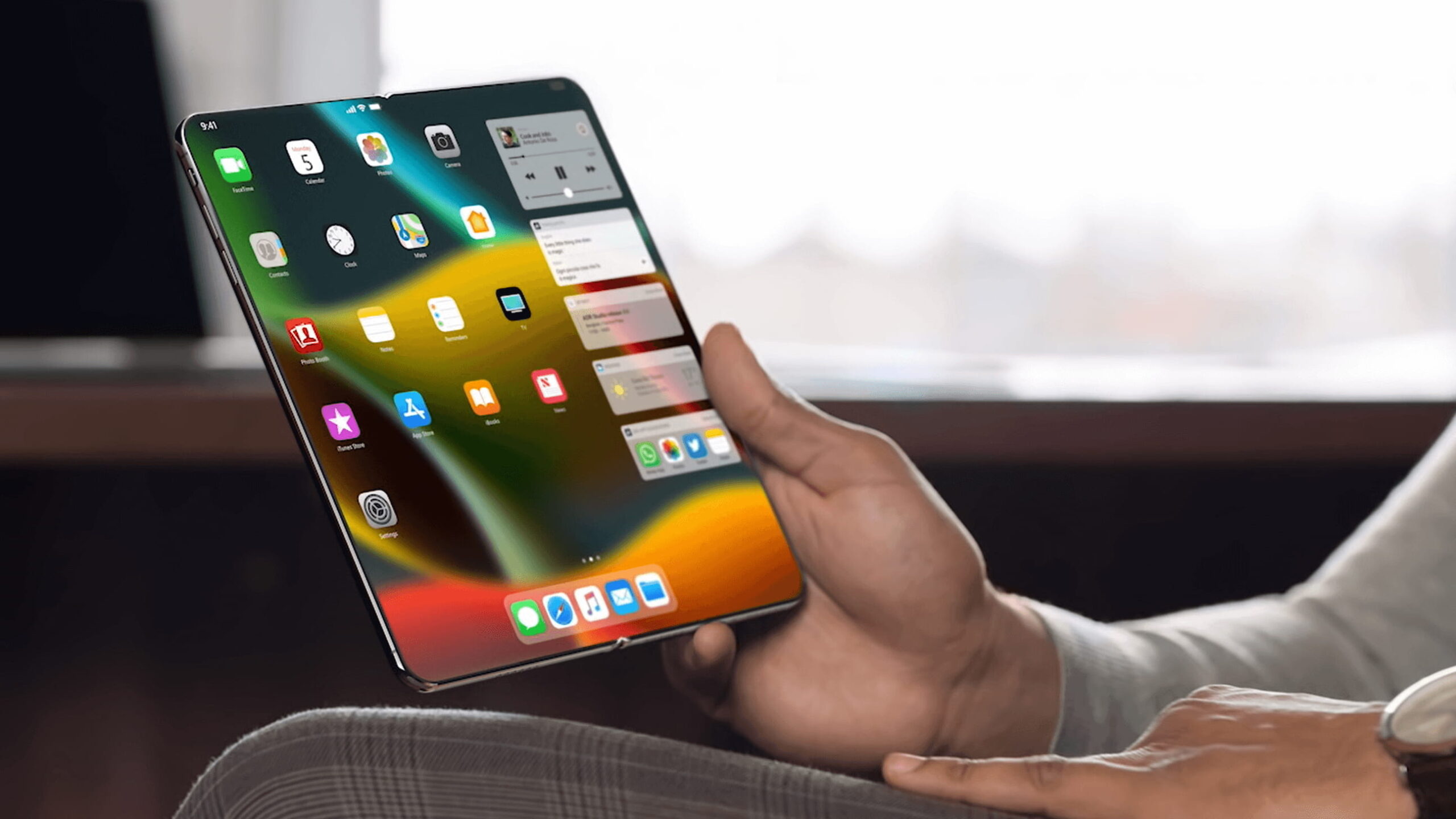 YouTuber Jon Prosser, in June 2020, reported having obtained feedback on a potential “foldable iPhone” that has a double configuration with a bend in between. This Apple folding iPhone would have two different screens that appear “fairly seamless and smooth” when extended.

A recent study suggested that Apple would abolish the iPad Mini platform when it releases the portable iPhone. The findings are in line with recent speculation that indicated that Apple’s initial foldable smartphone would mimic an iPad instead of an iPhone. It is also supposed to run on iPadOS instead of iOS.

We are months away, or maybe years from the first folding iPhone release to occur. Presently, Samsung, Huawei, and Motorola have an advantage over everyone else when it relates to bending phone screens. Two design photographs from ApplePro demonstrate that a flexible iPhone may be folded horizontally or vertically. 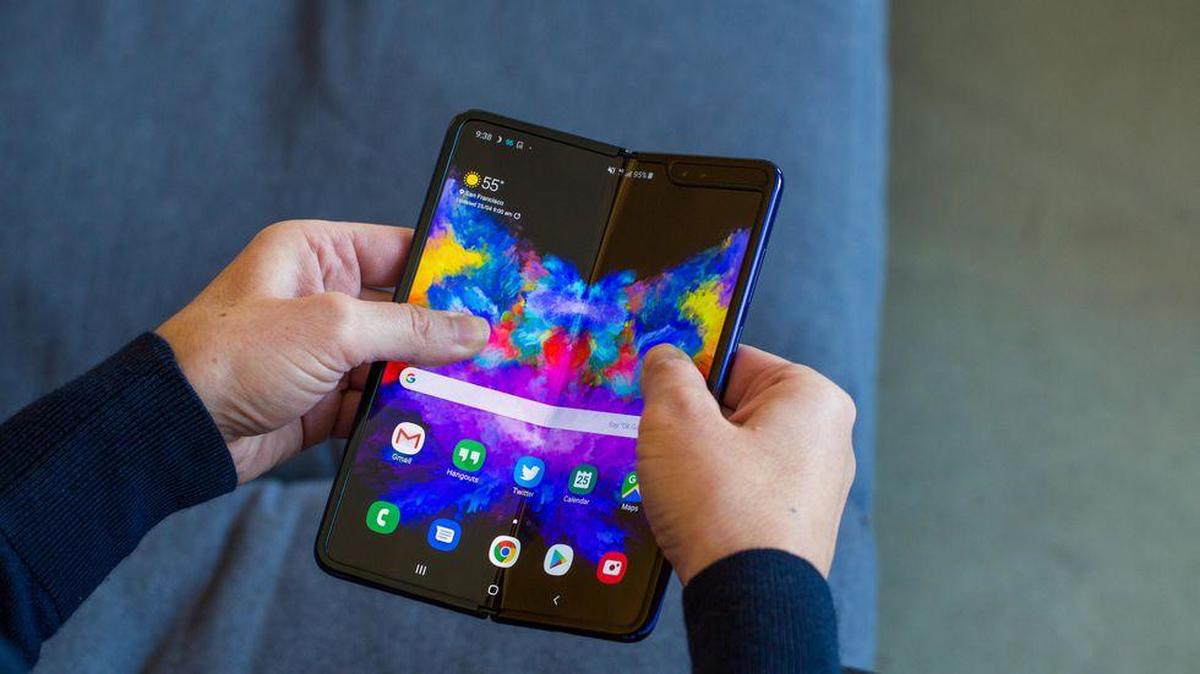 It could be either a traditional conventional iPhone that could have been bent toward a more tablet-like format, or it may be an iPhone that twists into a super-compact sleek design. Samsung has released several folding smartphones, the most current of which is the Samsung Galaxy Z Fold 2.

Will such a product allow more consumers to buy an iPhone, or will the price be prohibitive? Will some of us who possess both an iPhone and an iPad like it if they were integrated into one smartphone? Will the system have been cannibalizing iPad sales? These are complicated and possibly disturbing topics, and we are not entirely ruled on the proposal.

And that has not prevented Apple’s rivalry from hopping on the folding handset bandwagon. Samsung and Lenovo demoted foldable display devices as soon as spring 2018.  While the Samsung Fold has notably produced a defect and has been remembered. Choosing today that you don’t want a folded iPhone attributed to the high costs and clunky prototypes of the first folding Android models is equal to something like this in the 1800s.