YouTubers can do a wide range of interesting stuff.They play computer games, show you how to style your hair, educate you how to live a healthier lifestyle, and make you laugh while doing so. Despite this, many people all across the world prefer to create videos on food, which is as ancient as humans themselves.

These food video bloggers convert our most basic need into an art right before our eyes, from tiny kitchens to fully equipped pro studios with crew and photographers. Some people just want to eat junk food, but if you’re searching for inspiration for your next meal, want to work up an appetite, or simply like a well-crafted burger, check out these world’s best YouTube food bloggers at Live Enhanced.

Although there are several mega-channels like BuzzFeed’s Tasty (the most popular food channel with 19 million subscribers), First We Feast (9 million), Bon Appetit (6 million), Travel Thirsty (5.5 million), celebrity chef Jamie Oliver (5 million), and the godfather of them all, Gordon Ramsey (15 million), we’re going to concentrate on personal YouTube food bloggers who started their careers and managed to earn their prowess on the platform they now steamroll.

Without any further hemming and hawing, here are the most popular food bloggers on YouTube in 2022 who are causing the world to become hungry. 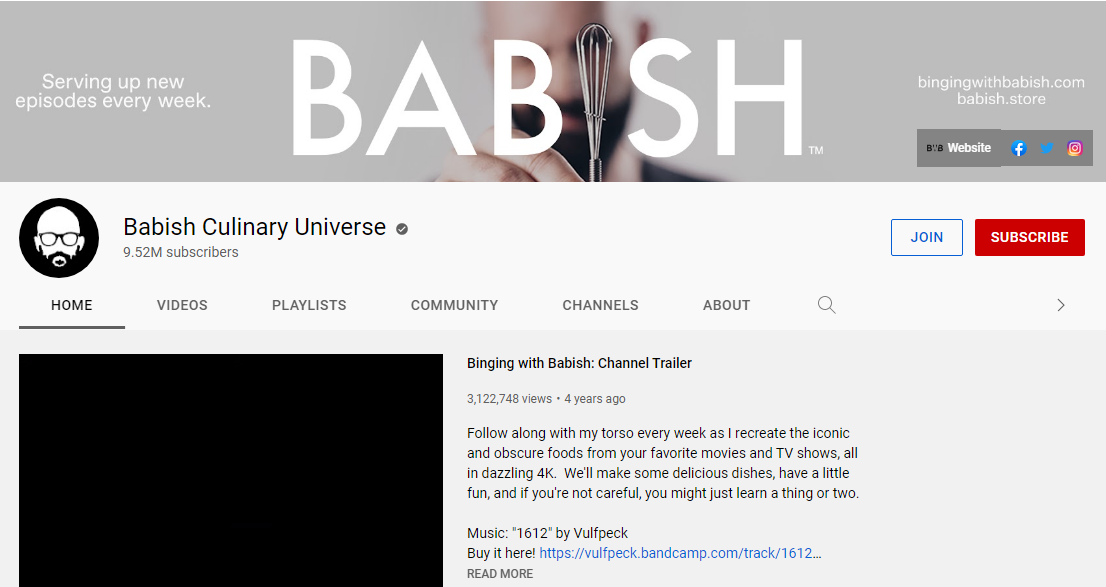 The series was created by American filmmaker Andrew Rea (alias Oliver Babish) in 2006, but it didn’t get off the ground until much later in 2016, when it exploded into what it is now; a very popular channel reproducing recipes from movies, television shows, and video games.

How To Cake It

The cake is the canvas for Yolanda Gampp of How to Cake It. Over 3 million people watch as she carefully decorates her masterpieces, turning them into gorgeous works of art. Every cake has its own personality, from shock troops and BB-8 to dragons and saucers.

Emily Kim (Maangchi) demonstrates how to prepare, consume, and appreciate Korean cuisine properly. Her charming manner and optimistic attitude have earned her the title of “YouTube’s Korean Julia Child,” according to The New York Times.

Elise Strachan, a household figure in the sphere of sweets and the author of a cookbook, posts films to her extremely popular channel every week that celebrate the sweetest side of life.

Laura in the Kitchen

Laura’s culinary channel, which she started in 2010 to share her love of cooking with the world, currently has over half a billion views from people who really love to learn stuff along with her. Laura presents delicious and easy-to-follow recipes with something for everyone.

This one is a little interesting from the rest of the note. This one-of-a-kind food channel broadcasts actual Indian village cuisine to a global audience, often in extremely enormous servings, enough just to serve an entire village.

In 2010, a group of Canadian friends established a culinary YouTube channel, and ten years (and thousands of calories) later, it’s probably one of the best names in the world of food programming. Lots of steak, bacon, beer, and masculine beards fuel this beast.

One of YouTube’s most popular food personalities. Pansino, a Nerdy Nummies culinary series that began in 2010 and has now evolved into a powerhouse with publications and a line of baking tools, has become one of the best known baking videos on the web.

Mark Wiens’ niche is delicious street food from all over the world (particularly Asia), which has helped him become one of the most well-known culinary and travel vlogs in the world.

Chef John (John Mitzewich) began preparing dishes that people requested and has since shared hundreds of fun-to-make and convenient recipes with millions of members eager to enhance their culinary talents.

Mike Chen talks about his passion for food (especially dumplings!). Chen manages roughly a dozen YouTube channels with a total audience of more than 10 million people.

Elise Strachan, a household figure in the realm of sweets and the author of a cookbook, posts films to her extremely popular channel every week that celebrate the sweeter side of life.