Hamburg is the second-largest city in Germany and the seventh-largest in the EU with the population in the entire urban of around 5 million. The city was created after Emperor Charlemange built a castle in 808 and today it plays a crucial role as an economic powerhouse to the whole EU.

The city is also located on the river Elbe, and the port of the city is the second-largest in Europe and arguably the most significant. That is why many of the activities done in this city are related to the canals and the port itself but more about that later.

Nightlife also plays a major role in how foreigners perceive the picture of this place. And it also has the link with the previously mentioned harbor. For centuries, Hamburg was the place to be for all sailors looking for some naughty time after long voyages and practice eventually created the notorious Reeperbahn. It’s the Europes second largest Red light district and inevitable place for every bachelor party in Hamburg.

Also, have you ever thought about what made Beatles play their first foreign gig in Hamburg? Well, let’s find out in this article where we will give you some interesting ideas on how to spend your time in this magnificent place. 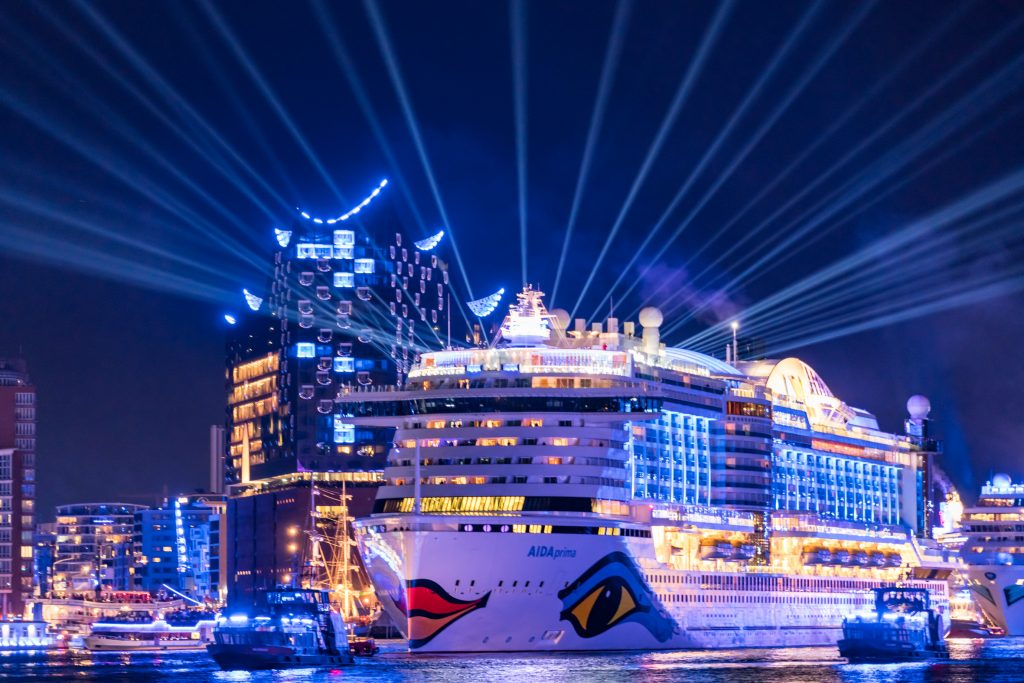 Start your adventure like so many of those like you before. Visit the port of Hamburg that dates from 1189 and was the most important port in Europe for, roughly said eight centuries. One of the things that must be experienced is Speicherstadt, the largest collection of wooden warehouses found in the world. The area is undergoing major upgrades and you will find both inviting eateries and small but very funny museums scattered around.

Of course, you can take several sightseeing boats from the harbor, and some of the tours will take you throughout the whole city. While you are there, don’t forget to check out Hafencity that is the largest urban project of the 21st century in Europe.

It should be experienced and ideally you can play some golf at nearby Billwerder Neuer Deich 40 course, just don’t forget to get your comfort wrist brace for golf since those that are sold hare are eyepopping expensive.

Right next to the harbor area is the St.Pauli area. The area contains the Botanical Garden (Planten un Blomen), the Hamburg Museum and the home court of the football team St. Pauli. The area is probably still best known for the Reeperbahn, called the most sinful spot in this part of Europe.

You can also find the St. Pauli Theater here as well as the fish market on Sundays (where you can get a really good bite to eat). And, yes, that’s where the Beatles became the Beatles. Therefore, don’t forget to check out the corner of Grosse Freiheit and Reeperbahn where you will find The Beatles corner (Beatles-Platz) created in the memory of the band.

3. The Alster Arcade and Shopping 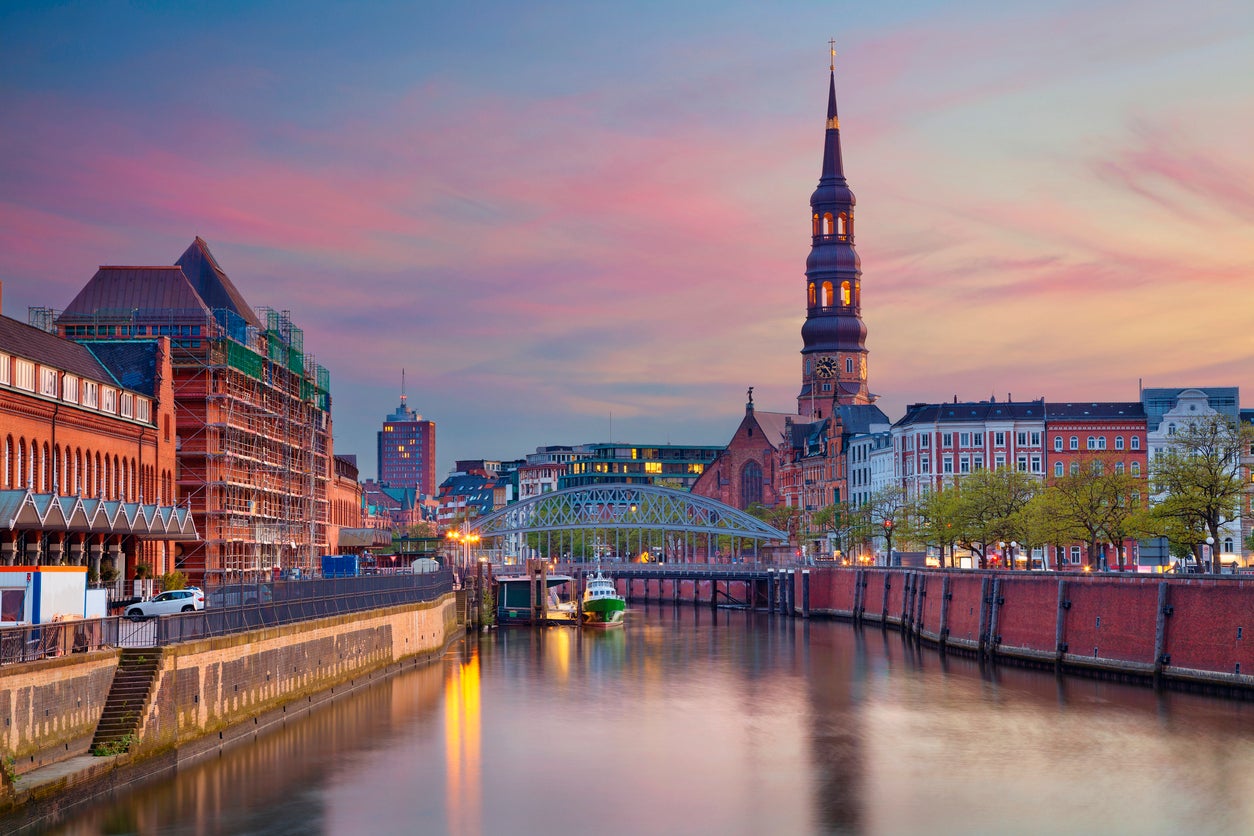 This is an incredibly beautiful shopping street with only 100 meters in length but a fairytale in itself. In the middle is the so-called Mellin Passage, called the world’s smallest shopping center. Either way, it is a very beautiful place to shop, or just look around.

Marktstraße is not far from the Reeperbahn and also has many cool and hip shops. The main shopping street is Mönckebergstraße, at the town hall. Europe’s largest electronics store and sports shop can also be found here. If you have a slightly higher budget go to Mülhenkamp, Jungfernsteig or Neuer Wall.

When it comes to shopping malls, Hamburg has many of them to offer. Historically, there have always been many shopping malls in the city as one should get everything in one place in the trading town. The biggest shopping center is Europa Passage (30,000 sqm), but the best is probably Gänsemarket, which has three shopping centers around it, with many dining options in the middle. 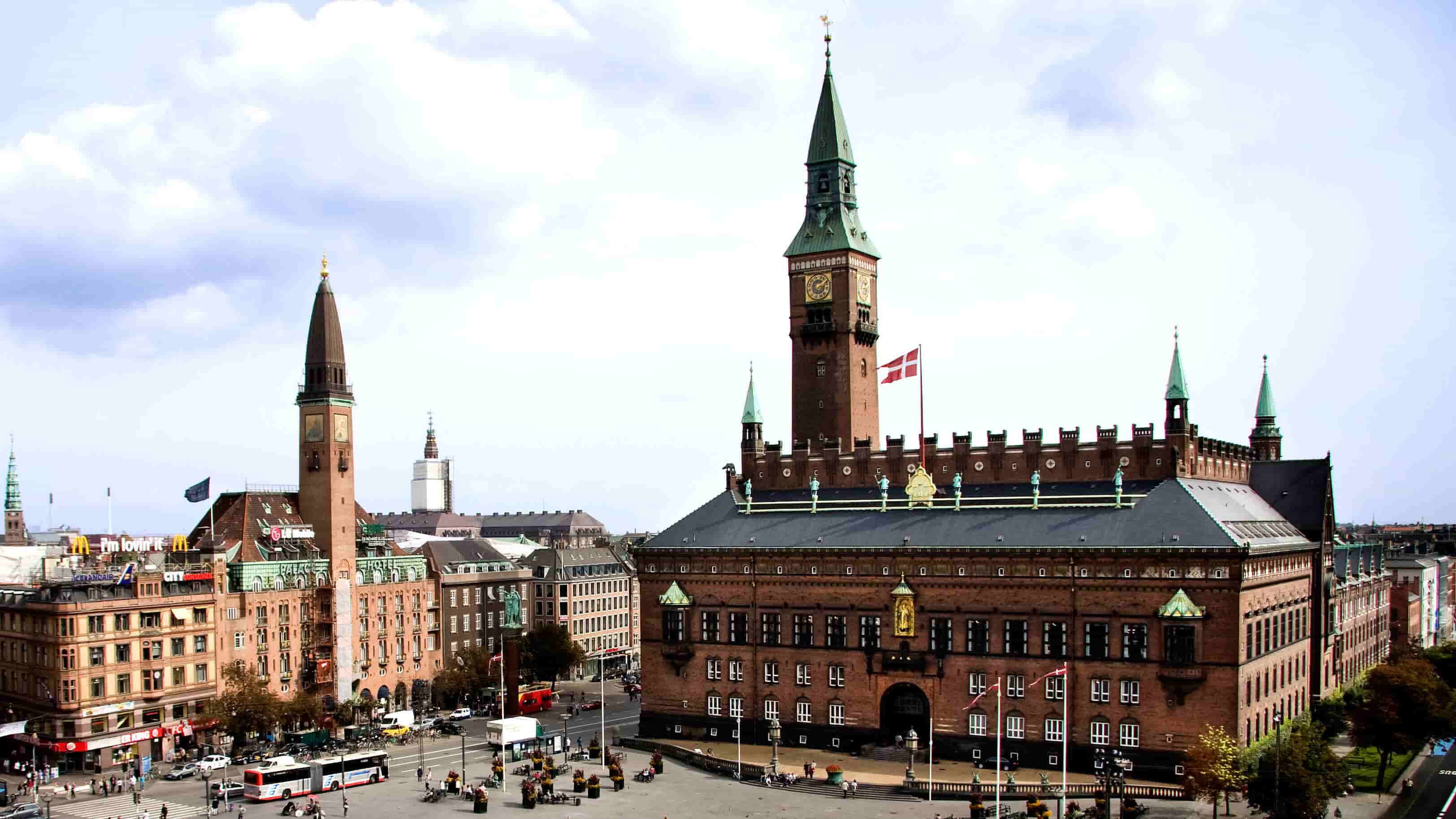 Hamburg Rathaus is the German name for the Hamburg City Hall, and here the state government of the city-state of Hamburg resides.

The building is located in a charming surrounding place, which looks stunning, especially in the summer. Hamburg Rathaus is located right in the center of the city center and is close to most other significant landmarks.

Enjoy a beer at the Rathausmarkt and check out the canals as you wander around the huge shopping offer.

5. Enjoy the view over the City 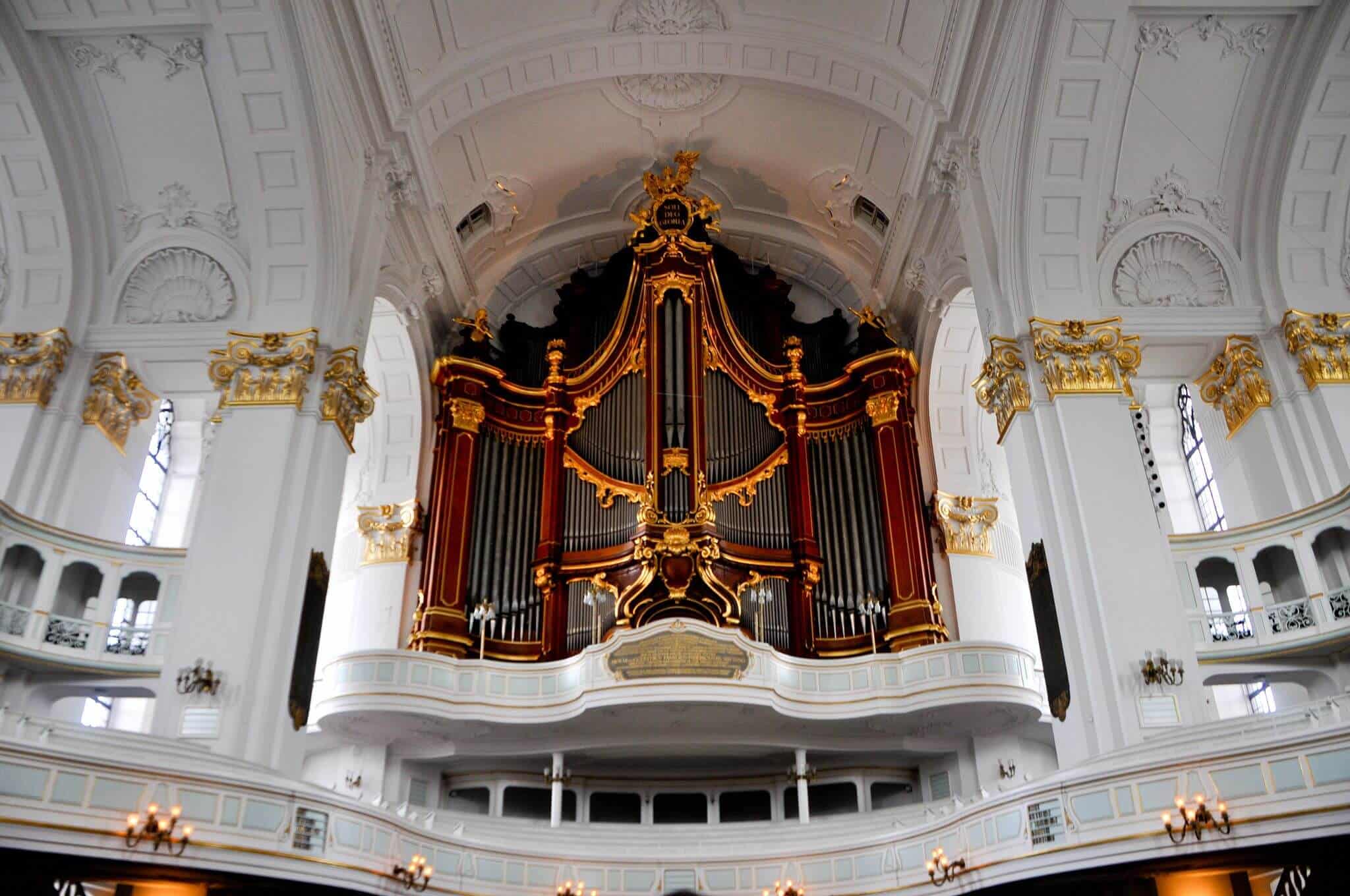 St. Michel Church, is a Baroque church with a giant bell (24 meters in diameter) and is regarded as one of the finest Hanseatic Protestant baroque churches in the world.

The tower of the church is 132 meters high, and when you finish the exciting elevator ride to the top, you will get an incredible Panoramic view of the city.

The church also has a crypt that you can visit since 2000 when the crypt got renovated and is now it’s used for concerts, among other things. 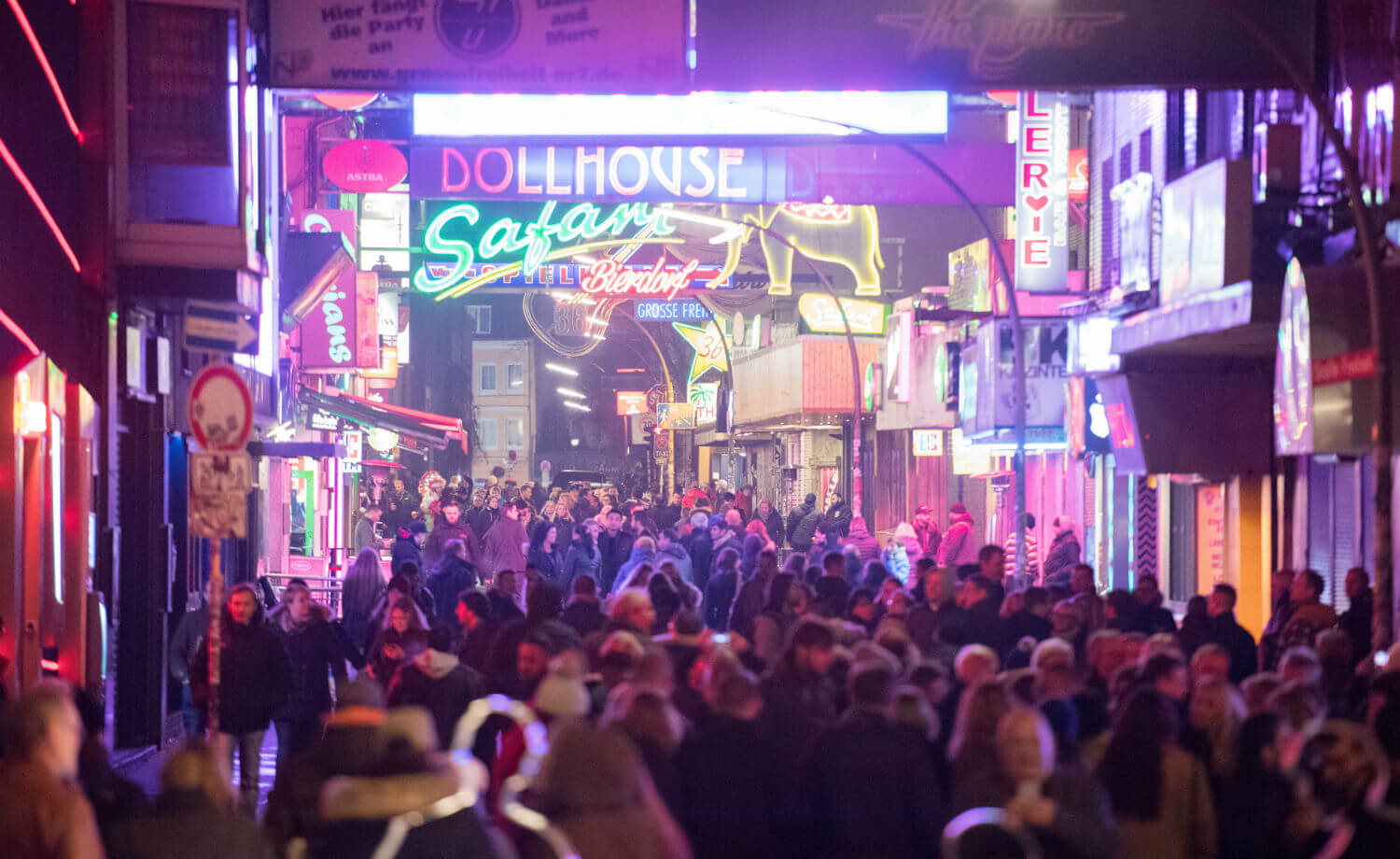 One cannot write about Hamburg without mentioning the nightlife. This idea is here specially illustrated with the Reeperbahn.

The street is often called the world’s most sinful in the world by the locals, but over the years it has become much safer and it slowly erases its former reputation. It’s worth a visit if only to just see it.

You also get a lot of good beer in the city, so find yourself a beer garden, and enjoy real German beer. Otherwise. Hamburg has some classy nightclubs, like Bar Le Lion, BANK and Clouds.

Also its worth mentioning that this city was always credited as one of the most extravagant in terms of clubbing representation.

7. The Tunnels under the Elbe 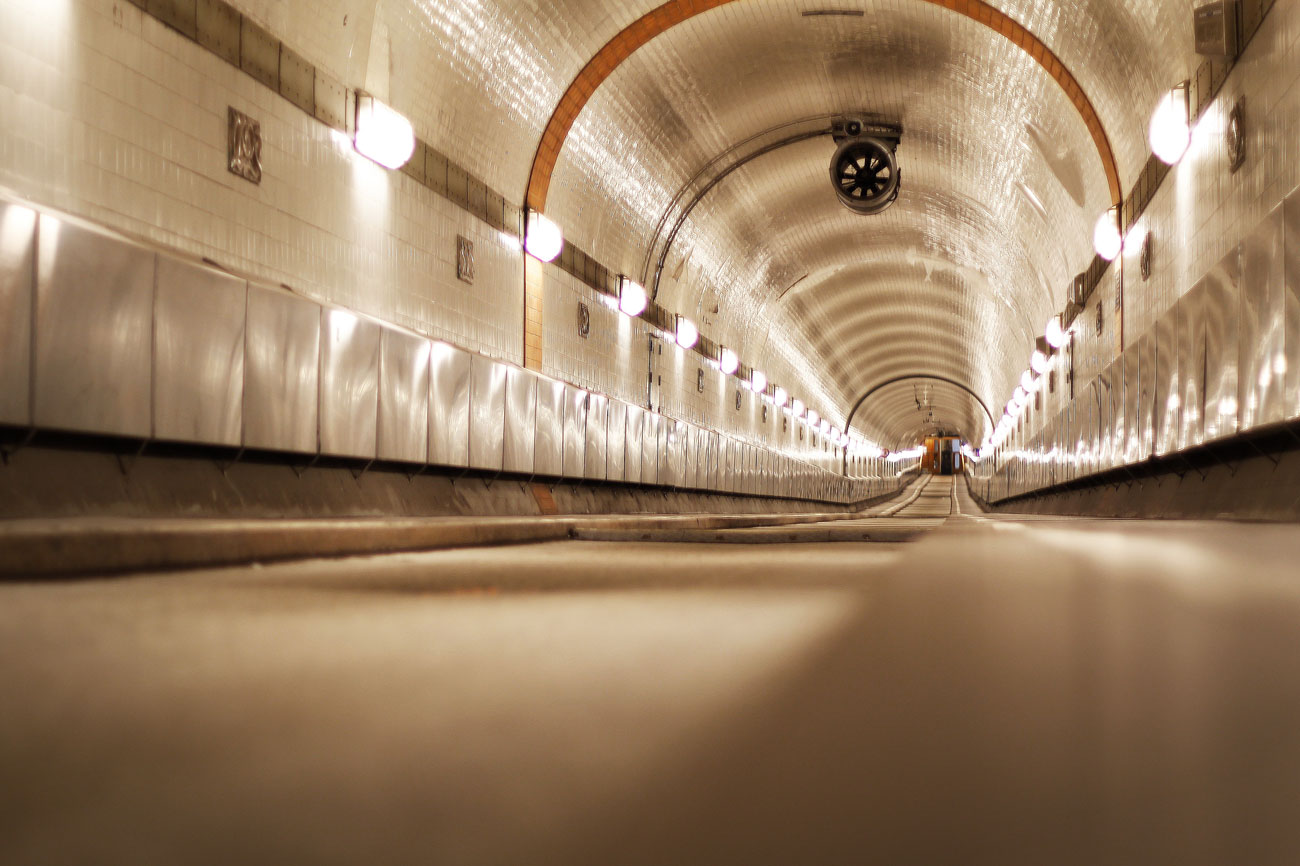 Tunnels are not very interesting, but the tunnel under the Elbe, the old one, is well worth a visit. A landmark in Germany and a famous site picture that was seen around the world in many travel magazines.

Once you look down below you will realize why this is a masterpiece from both electro-technical and architectural point of view.

The new one is not so fun, but you will probably also run through it. 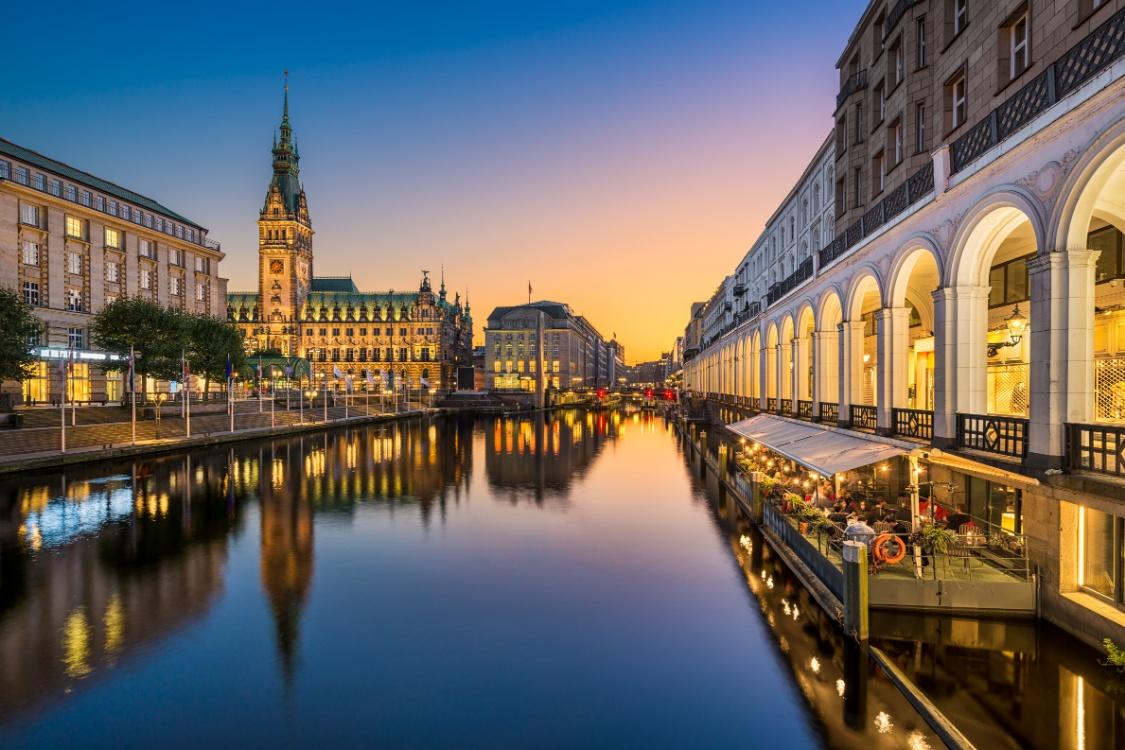 For anyone who visited Hamburg for only once it’s clear how its impossible to include all the interesting things in such a short article. The great thing about a visit to Hamburg is that even if you stay for ten days you will still have something new to see and enjoy.

For a full-on Hamburg experience, we suggest that you stay at least 3 days in this magnificent historical city.

Don’t forget to try everything that seems tasty in all ways imaginable and this city will surely live with your memory forever.